The Second (to none) Guide on Dotafire to Winter Wyvern

Luxury (if you can)

The Second (to none) Guide on Dotafire to Winter Wyvern

Welcome to my very first guide to

Winter Wyvern I had great fun playing her (even in DotA, WW is a male dragon-skeleton) as a support in DotA (also many other supports). I hope you guys will enjoy reading and playing as WW too. (I guess she'll be released this winter, hehe ;))

Reanimated as a skeletal Dragon by a powerful undead necromancer from Northrend, Winter Wyvern posthumously retains cold energies. Seeking to annihilate any being radiating the warmth of the living, Winter Wyvern has turned his focus against the Sentinel. Equipped with pure glacial elemental power, his ice can breathe vitality into his own allies or drive hordes of enemies into a locked state of cold insanity that turns them into mortal enemies against their own allies. Able to project this ice into splinters and blast them to cripple entire armies, Winter Wyvern is a wickedly powerful being possessing icy lethality. Many, including the Scourge themselves, have come to wonder how this wintry beast even perished in the first place.

Winter Wyvern is a versatile hero in any phase of the game. She can save all of her allies' *** (and herself as well) by replenishing a huge amount of HP or blocking physical attacks with

Cold Embrace; harass as *** and also a getaway with

Splinter Blast and 'ultimately' cause chaos in a 5v5 combat with

Winter's Curse. Combine with other skills as I will do below, the road to the so-called 'DotaCinema' top plays or sympony of skills or wodota will widely be opened. (yeah... Keep daydreaming... :D)

Pros, Cons and When to/not to pick

Arctic Burn
+a great babysitter early game (harass, heal, etc...)
+strong mid
+no needs of health regen
+cause confusion and place the enemy at the best position for some hero such as

Disruptor, QoP, ... Also in the rosh pit. (If the enemy doesn't have

Ursa, Lesbian Commander, Lycanthrope or any hero that is able to solo rosh)
+push harrrrr...
Cons:
+low MS and AS
+mana dependent until get

Cold Embrace is useless against nukers
+long CD skills and lack of CC (i.e. Silence, stun,...)
+it's not fun placing

Winter's Curse at the wrong hero by a wrong hand.
When to pick:
+Your team has at least 1 disabler
+The enemy team is full of carry (happens all the time in SEA sever, even rank)
+Your team has a limited pushing power.
+Enemy pick

Broodmother
+Your team has an aoe damage dealer or disable.
When not to pick:
+No one has a disable skill
+The enemy team is full of caster (

Huskar loves this though)
+Too many pushers in your team

Iron Branch for stats and later upgrade to

Observer Ward is a must for any support (except that someone else bought it).
clarity potion solves your mana problem in lane when spamming your heal.
Early game items:

Magic Wand help you in some sticky situations. However, use it wisely.

Observer Ward is actually the item you buy throughout the game.

Ring of Basilius provides extra amour and mana regen aura for your laning carry. However, skip this if your team has

Mekansm is an instant regen in combats that is always needed. If your team is winning late game, sell it to free a slot.

Eul's Scepter of Divinity is sometimes a savior if you facing

Sacred Arrow,... But the most important use is to boosts your MS.

Necronomicon for even more pushing power.

Radiance to add AoE damage and much more pushing power.

Scythe of Vyse to add a strong disable that you don't naturally have.

Shiva's Guard to add tons of amour and intelligent, also a passive and active aoe slow.

Orchid Malevolence a disable and also a damage amplifier.
And the worst scenario:
Game is hard items:

Drum of Endurance adds some MS and HP

Pipe of Insight against the nukers.

Arctic Burn removes 6% of the target's current hp per second. Direct HP removal.
Slow and HP burn can be applied to each target at most once per cast.
Burn does not work against Roshan.
Arctic Burn gives Winter Wyvern flying movement but not flying vision for its duration.
If nothing else damages the target for the duration, it will burn about 26.6% of the target's current health.
Improves attack projectile speed to 1200, attack point to 0.1 seconds and acquisition range to 1000 then activated.
Passively gives 400 night sight range.

My note: This skill adds an insane attack range and slow, allows you to harass from afar. It could be used as an escape mechanism, chasing and jungling tool by flying on to the cliff and impassable terrain. Remember, fly-thru IMPASSABLE terrain. This also stop the clarity and salve regen. The passive will help you when darkness comes and dat

Projectile moves at 500 movespeed or takes 1.35 seconds to arrive at the destination, whichever is faster. This speed is dynamically updated. (meaning 1.35 seconds is max time to arrive no matter how target moved)
Slows for 25%.
Affects invisible units in AoE.


My note: It is useful in pushing lanes so DO NOT level it too early or the enemy will farm safer near his/her building. However, this skill can harass melee heroes heavily and DETECT INVISIBLE units sneaking nearby the creep wave make it comes in handy. Useless in 1v1 situations anyway.
Good combo with your ultimate (cast on the cursed one),

Cold Embrace
Reduces an allied hero's body temperature by encasing him in ice, sending him into a deep sleep and regenerating a percentage of max HP for 4 seconds, in addition to blocking all physical damage for its duration.
Duration: 4
HP Regeneration: 20 + 3/4/5/6% of Max HP per second
Cast Range: 1000
CD:17/16/15/14
Mana cost: 75
Notes:

The target friendly hero is disabled for the duration of the buff.
While the target is invulnerable to physical attacks, it can still be targeted and will be affected by Magic/Pure damage and other buff/debuffs.
Heal a total of 80 + 12/16/20/24% of Max HP over the duration.

My note: this is one of the most powerful healing spell in the game; however, this spell makes the embracing ally easy prey for

Hookshot,... Use wisely.
Good to use on a rage

Duel with a little hp and about to lose :);

Keeper of the Light's

Winter's Curse
Winter Wyvern strikes the battlefield with a maddening chill, cursing a targeted enemy unit and freezing it in place. All of the target's nearby allied units will go into an uncontrollable frenzy, attacking the frozen ally for a short duration.
Duration: 2.5/2.75/3
Radius: 350
Cast Range: 800
CD:90/80/70
Mana cost: 250
Notes:

You get credit for kills done this way, unless target is affected by Necrophos' Reaper's Scythe.
Disables the primary target even if it is magic immune, but does not affect target's magic immune allies.
Enemies that move into Winter's Curse's AoE during its duration will also be affected.

My note: This skill is either hillarious or throw-gaming. If cast on a tank or fat carry, your team will have 3 'precious' second to unleash all skill. But place your ult on an illusion, well... NOKILLING4U. However, I will show you some tips to backfire their number advantage.

Earthshaker, blink in!
Good combo after

Reverse Polarity and before

Black Hole or any aoe damage spell. Bread-and-butter combo in a nutshell.
Top

Early game:
Focusing on denying creeps and babysit your carry as much as possibe. Also warding and rune checking is crutial.
At this stage, your worst enemy is mana pool. Manage it well to ensure your carry is under no pressure. Use

Arctic Burn at the right time.
Mid game:
You have less ganking tool than you thought so pressuring the lane you go until big teamfights happens.

Winter's Curse last for only 2.75 sec but if combines well with the skill I listed above, the winner is always your team.
And remember to ward please.
Late game: Your combat presence is very imprortant, but if your team is losing, don't be shy backdooring. But always bring a

Town Portal Scroll to escape in danger (fly, tele). If your team is winning, stick with your team and win the game.
If their team has

Dust of Appearance and

Sentry Ward. Their cost is cheaper than dying.

*Use your 2nd skill to detect invisible units (not revealing). However, don't rely on it.
*When facing

Splinter Blast first to determine the real one.
*Avoid casting

Cold Embrace too much in lane if the enemies have these heroes:

Clockwerk
Because you can forget this easily so I repeated this along the guide.
However, if your team has

Cold Embrace is a perfect bait for melee heroes. Cast it on yourself or anyone who volunteer near Mines or Stasis trap to setup a kill. Good on a trilane against

Winter Wyvern is not a viable ganker, but she's a viable mid. Arctic bun could be an useful rune controlled by denying runes from far distance.
*In 1v1 situation, you can't do anything. Run for your life.
*Semi-carry is OK for her but it's not recommended.
*The combo

Bloodseeker). However, it can't save you if they have

Radiance.
*You are one of

Axe's best friends in the laning phase if he's going to block the enemy's creepwave, since

Shadow Demon
Outworld devour
These heroes has an ally-disable i.e.

Winter's Curse on them instead :D.

Clockwerk
And anyone who has silence.
Foods:

Broodmother
Their summoned units are your payday. Special mention for

Broodmother: she goes invisible close to the creep wave so if she tries to push, level

Splinter Blast instead of

Finish thig guide ASAP by a proper computer (the first version is made by a phone)
Add pics
Fix some double bracket thing and letter-coloring in this guide
Thank any who read
Check the purge, magic immunity and linken's for each spell (on DotA)
Add some foes and friends's description
Wait for feedback
Replace the link w warding pics and legends

Well sorry for some grammar mistakes and these undone categories (not for long). Any feedback is welcome to make this guide better. Thank you for readind this guide.
Nocandy4u
P/S: even you think that this guide sucks (as I've already seen a vote down), you still can (and please) comment below so i can make suitable changes. 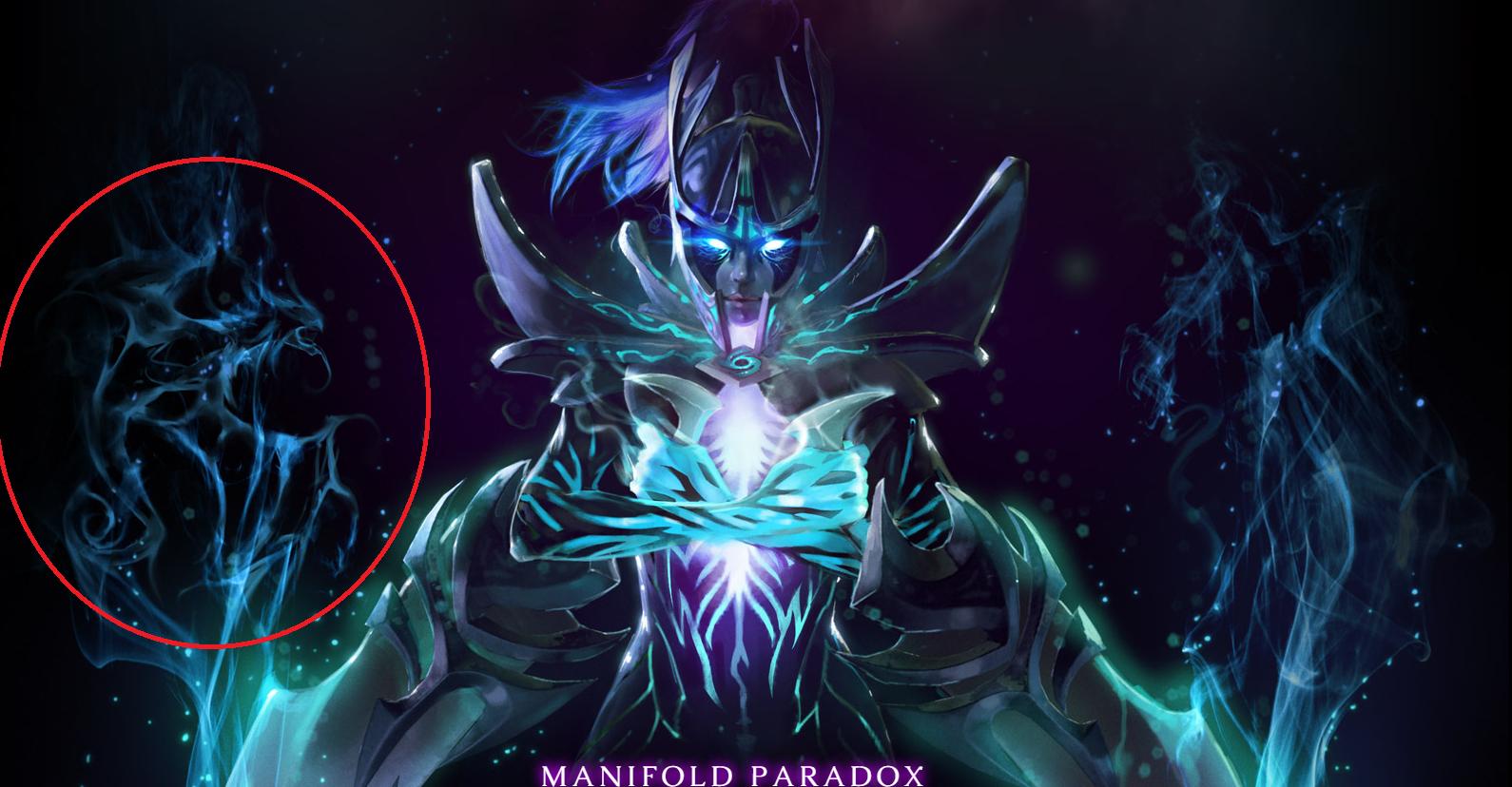 Yepp, a dragon.
So I think that the next released hero after