A funnel for all the member blogs on DOTAFire. Clicking an article will take you to the members personal blog page to read the entire post.

Views: 4914 Der Bestimmer
+Rep Report
Hey everyone, have a look at my Axe Build Guide!

I made it as in-depth as I could! Hope you like it!
Read More
Comments (0)

When used against enemies, it banishes the target for 3 seconds, while reduces their health by 3% of their maximum HP and 2% maximum mana, and reduces HP regeneration, healing, lifesteal and spell lifesteal by 50%. Deals 50 damages per second.

When used on allies, it makes the target ally untargetable for 3 seconds, while amplifies their HP regen, lifesteal and spell lifesteal by 30%. Provides 60 health regeneration per second.

Gains charges when every time an enemy hero dies within 1500 units. Only the closest Soul Canister to the dying hero will gain a charge. Does not stack with spirit vessel or urn of shadows. Automatically gains a charge every 1 minute.

"A powerful artifact used to bind a celestial being with the cost of the user's own soul."
Read More
Comments (0)

Views: 4179 BloodArena
+Rep Report
Hello everyone, welcome to my blog about my many thoughts on how to improve our game. It is a compilation of a lot of different things, but all for the better change that I personally think the we need.
Just a warning, my explanations are very confusing. That's just how I write. But I'm trying my very best to make it casual. So feel free to write in the comments if something is not clear.


First, I wanna talk about something that we can all agree upon, that there's a big problem of toxicity.
Toxic players are the main reason the player base is at this state. People are simply starting to realize they deserve better, leaving this draggy and toxic game for good. So, I came up with an idea to somewhat "force" those toxic people to change the behavior they're showing. And even better, it would also sway people with neutral personalities to try and be on their friendlier side.
Simply, I highly suggest of rewarding players if they exhibit desired behavior during a matc…
Read More
Comments (0)

How Being A Pos 5 Turned Me Into A Better Person

Views: 3288 Masked_Man98
+Rep Report
Hi guys I'm Masked_Man and I wanna share my journey from a toxic player and sometimes person to a caring and positive player and person.
I've been playing dota for a long time and used to be good in game, well people where mostly bad, finding good guides was hard in game, web sites and YouTube and many didn't care about meta or patch notes but I did so grinding MMR was not really hard for me. Things were good but some irl stuff pushed me away from the game. I came back briefly for patch 7.00 to see what's up and ended up writing a guide for my favorite hero *Huskar* (Check out my guides if you're interested).
Talent tree system was not interesting for me and Huskar was **** in the patch so I got burn out quickly. I though I quit DotA for good. Until my reunion with my best friend Backstabber.
We haven't met in years and this amazing game that we all absolutely love and hate at the same time made us closer than ever.
We started in off lane with our Bristleback and Kotl combo, crushing l…
Read More
Comments (1)

Views: 3365 Elfansoer
+Rep Report
So yeah, after recent updates, while creating custom hero spells (see my github and blog), I was twinkling on Dota 2 Workshop tools.

What a sight! It looks like a major update on Workshop, where a tool (previously void) shifts a particle's color to a new one (that is, changing the color).

Be noted that the changes only applies to ultimates' particles. So yeah, basic abilities are still in their actual color.

Nonetheless, I tried it myself, only to change the particles to full green (0,255,0), and Voila! It may be different from actual in-game later (primarily based on the color shift), but here you go. It's official. 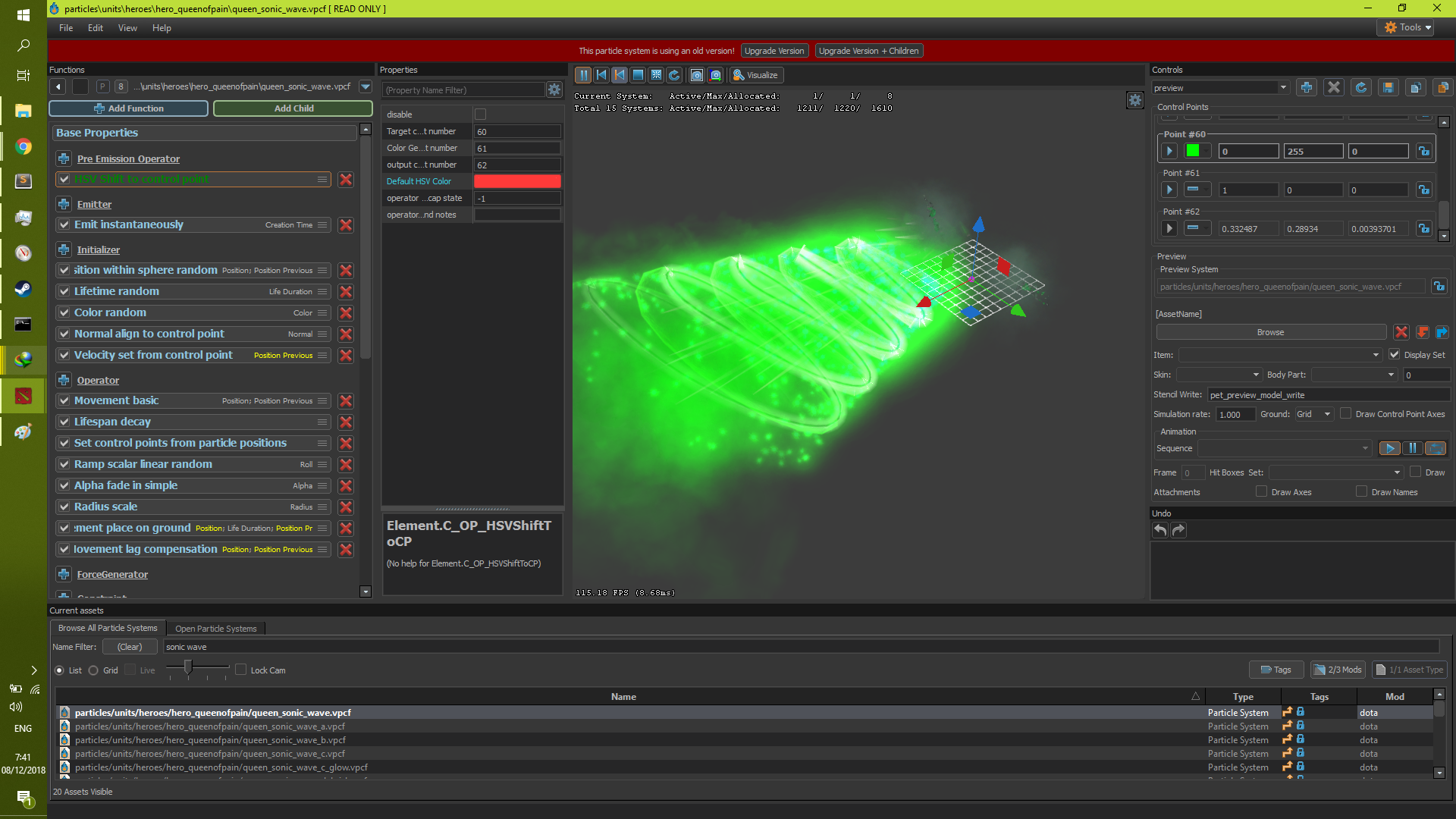 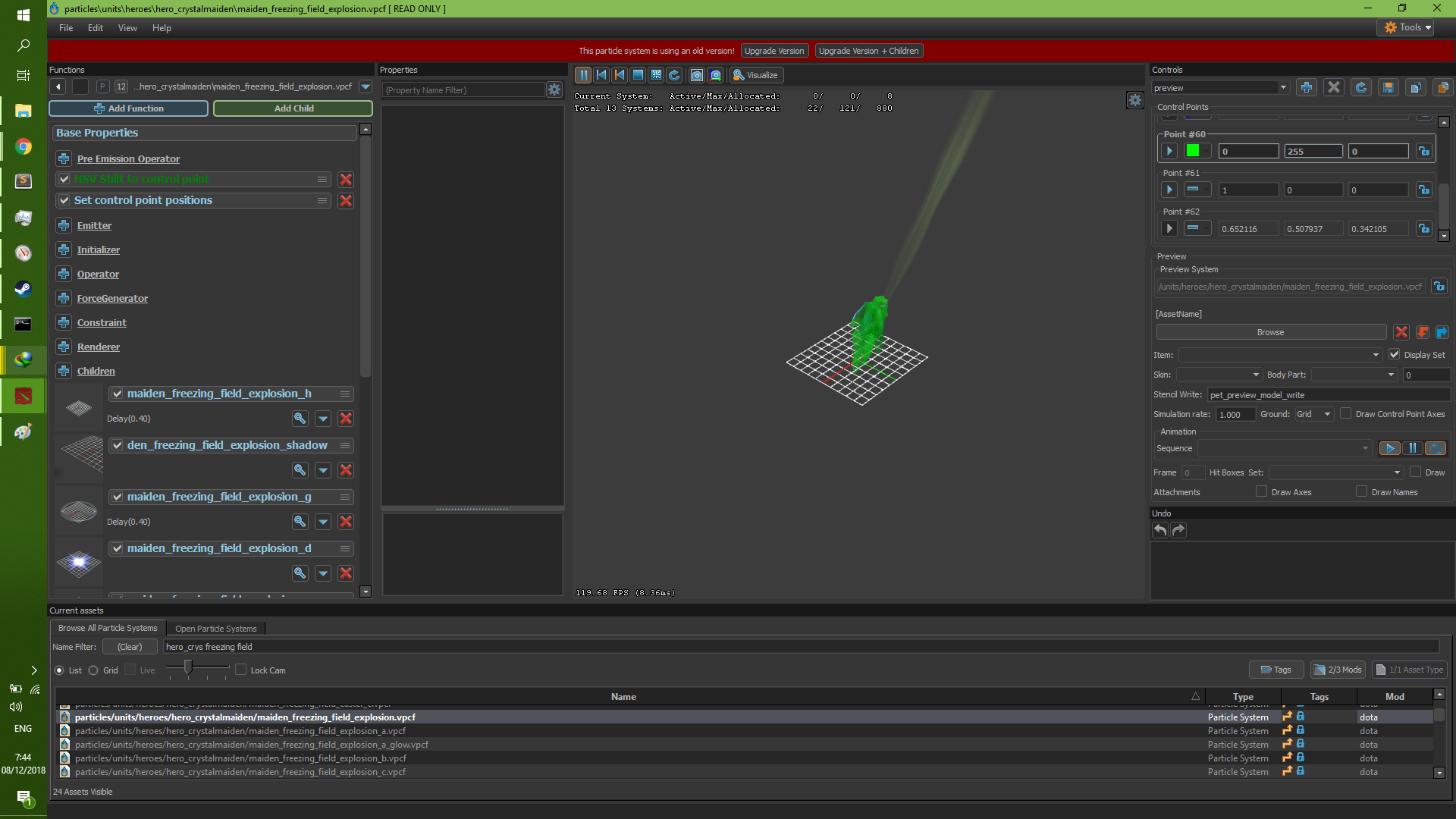 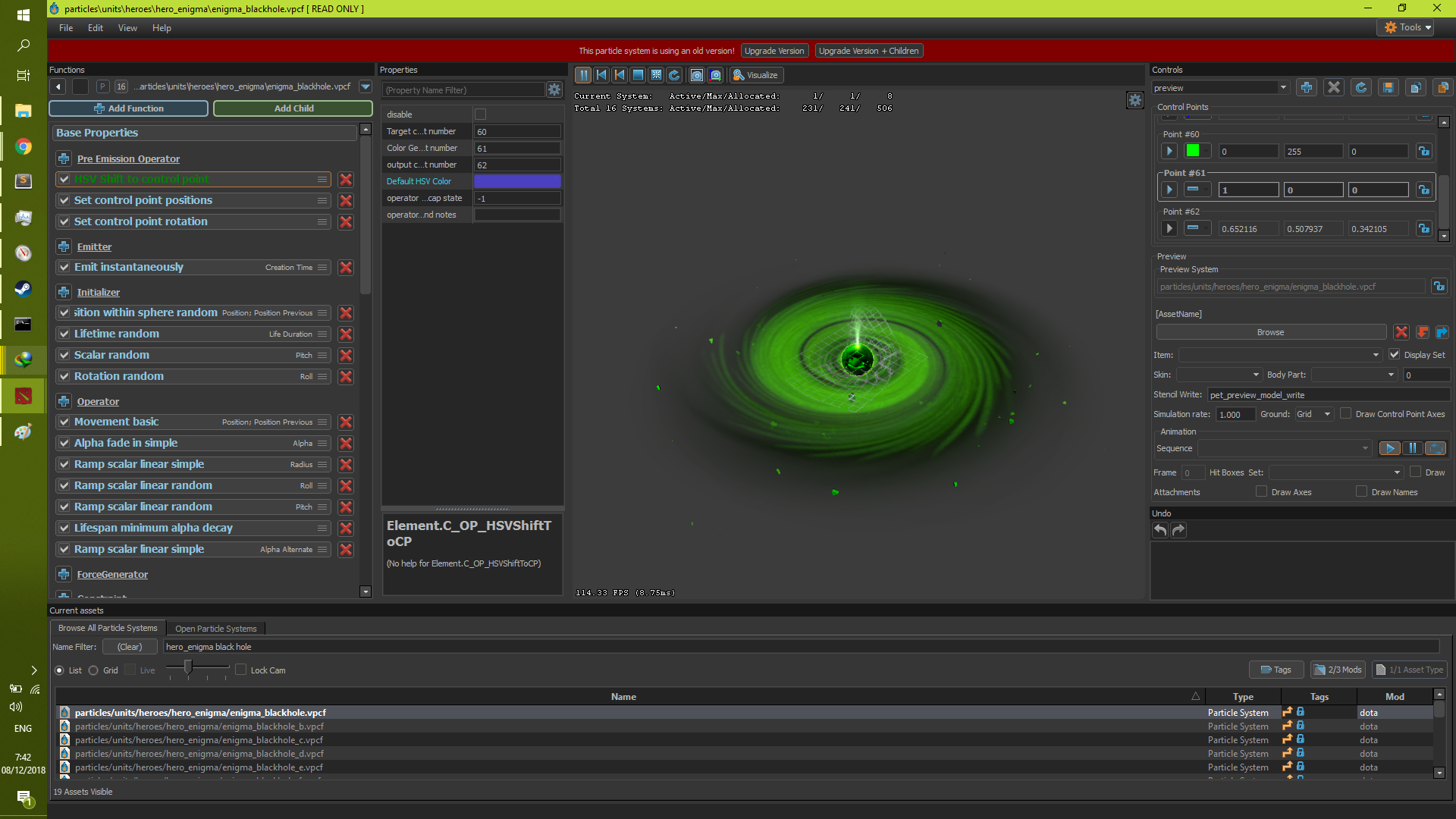 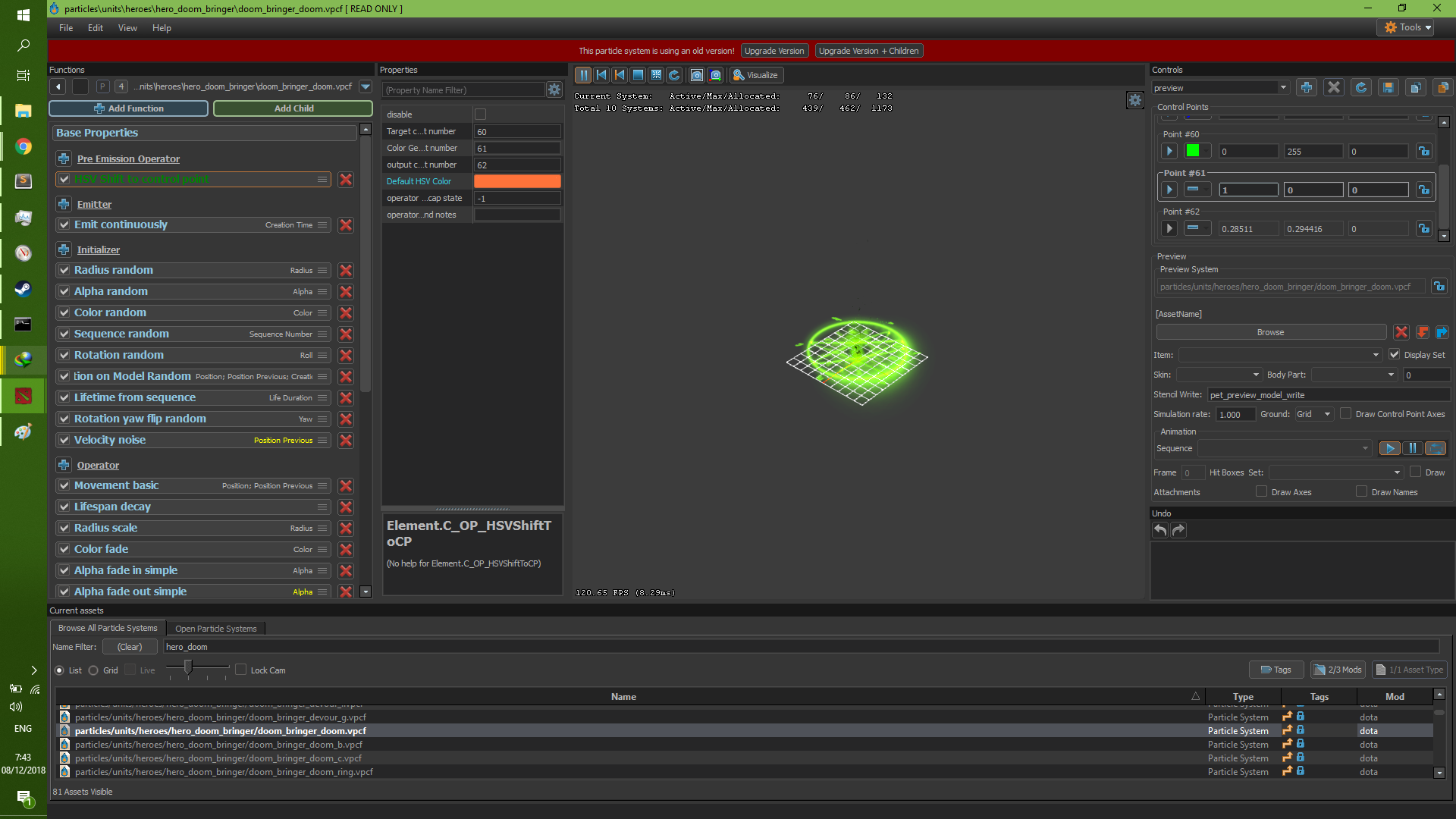 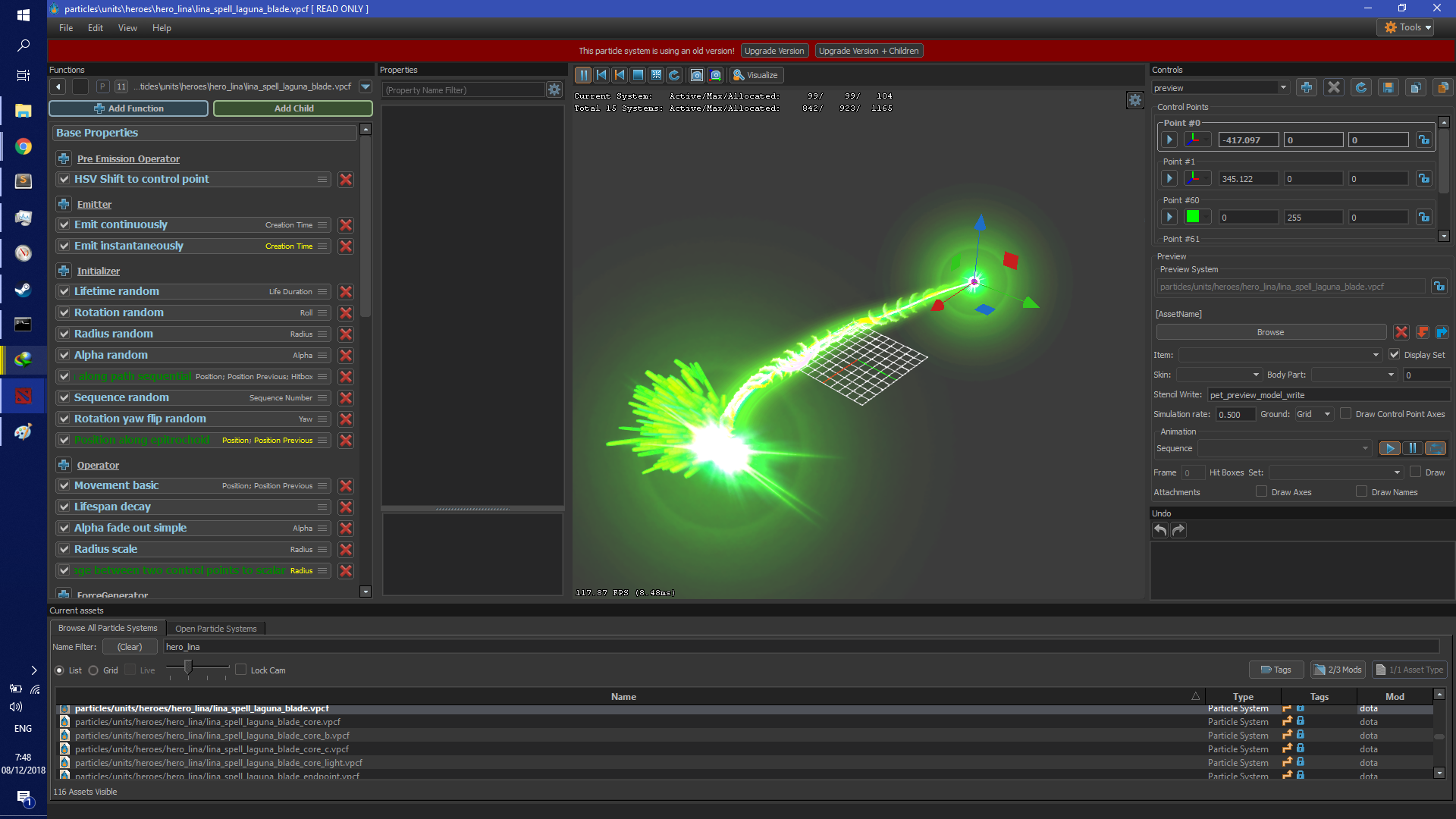 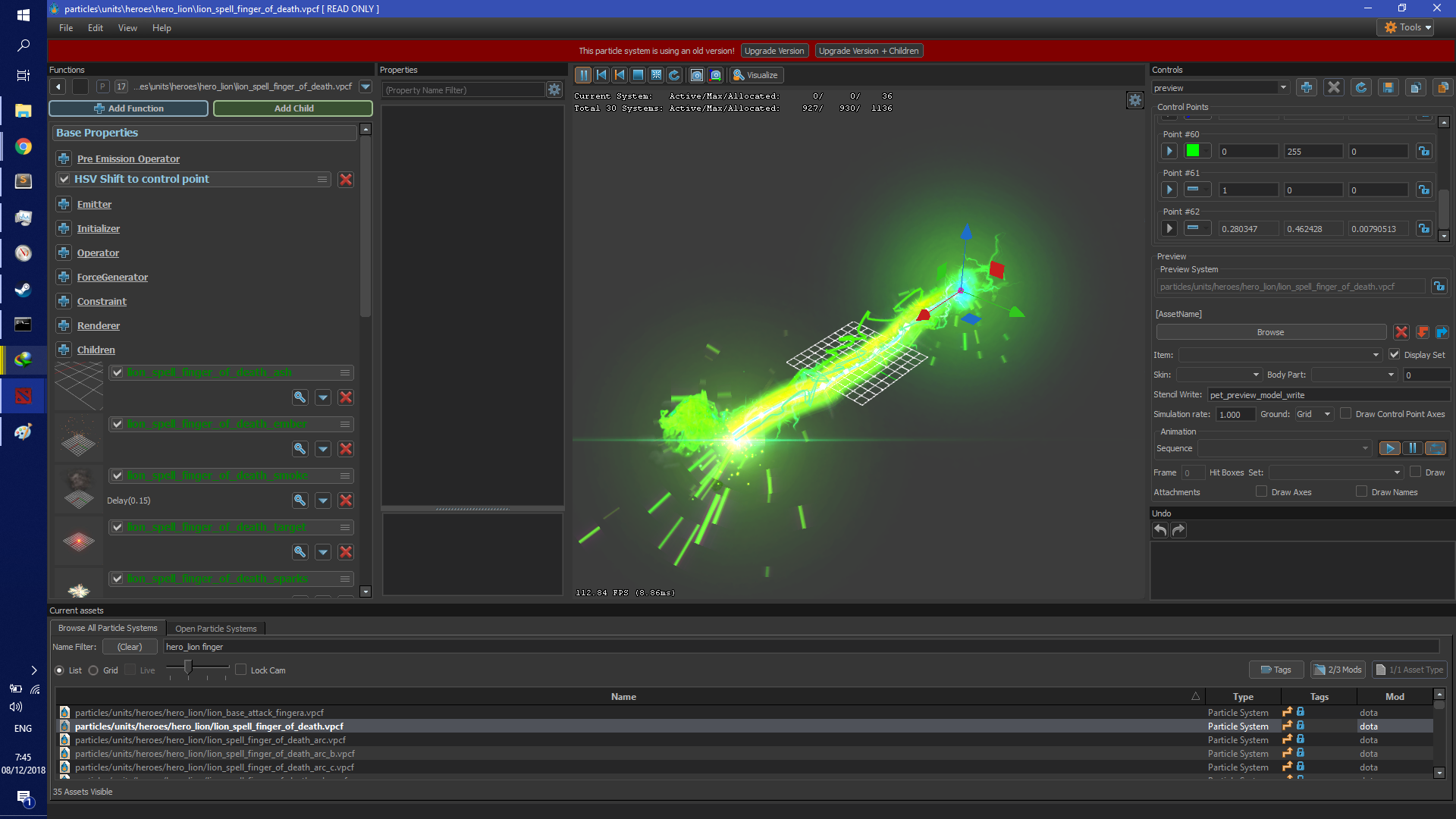 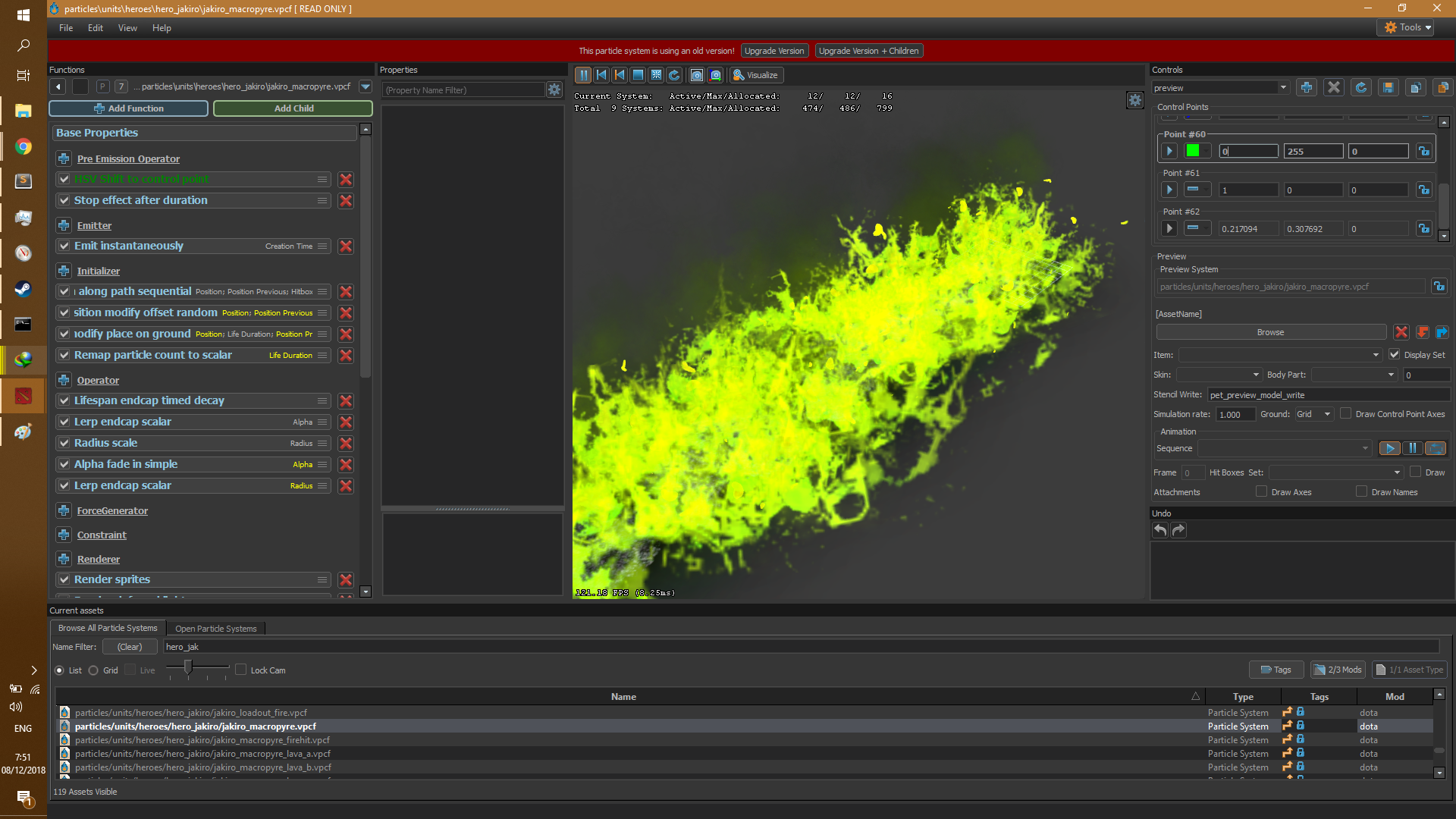 Zhan and Yhen the Spirit Monks

Zhan and Yhen the Spirit Monks

I was thinking of creating 2 heroes where you can use both of them at level one or at the beginning of the game (YES! 2 heroes as one just like Meepo, but two heroes already at the beginning and have different skills). I got this idea long time ago when i stumbled on a story about yin and yang. They have each of their own 6 inventory slots and does not share stat bonuses and cooldowns for each of their items.

These 2 heroes help each other in fighting enemy heroes, although they have different principles and perspectives, they agree with each other in times of fights and clashes. The core of these heroes is there ability to switch places when they are close with each other. Their primary attribute is agility but gains differently in stats when leveled. If one hero is killed, both hero dies.

The first monk is called Zhan. He is basically the yin monk. He is a melee hero which uses his fist to fight enemies. He uses spirits to enhance every attack he mak…
Read More
Comments (0)

Tutorial Will be Moved

It's not that I wanted to, but apparently this blog isn't suitable for code-heavy writings. So, I decided to move the tutorial into the GitHub's wiki page.

Don't worry, I'll still be here if you have critics or questions regarding the tutorial.

So, rather than this post being empty, I'll write out the overview instead.

So, Dark Pact will teach us about how to use modifier's interval function; OnIntervalThink. Upon cast, Dark Pact will have a delay, and after that, continuously purges the caster.

There are 2 intervals; the delay and the continuous purge/damage. Both need to share the logic on one function; OnIntervalThink. In this case, we use boolean to check which interval invokes the function.

How it should be implemented? Here's the full tutorial: Slark's Dark Pact.

Next, we're going to have Linear Projectiles and How You Use Them, using Mirana's Sacred Arrow.
Comments, Critics and Questions…
Read More
Comments (2)

Views: 3551 Queque
+Rep Report
My first ever DotA (Defense of the Ancients) game was an -apem1 game on Northrend server.2

The first hero I played with was

Zeus. My friend advised me to choose him because he's, according to his words at that time, quite easy to play. He told me to go with him on the top lane and to spam

Arc Lightning on creeps as much as I can so that we could push fast toward the first enemy tower. He said that I should use

Lightning Bolt on heroes only.

However, he wasn't able to help me with my items because he had no idea what to build for this hero. At that time, he used to build

Sange and Yasha on every single hero. And yes, I ended up building those two items for