My Guide to Faceless Void

My Guide to Faceless Void

Hi guys my name is Felix. I have been playing Dota2 for 2.6 years (If I'm not wrong) and you can find me on Instagram or Twitter (@felix_denz).

This is my second guide here, so i expect my elders to give me comments and help me fix my mistakes. If there is a sameness with other's guide, it is a pure coincidental and don't sue me for it. 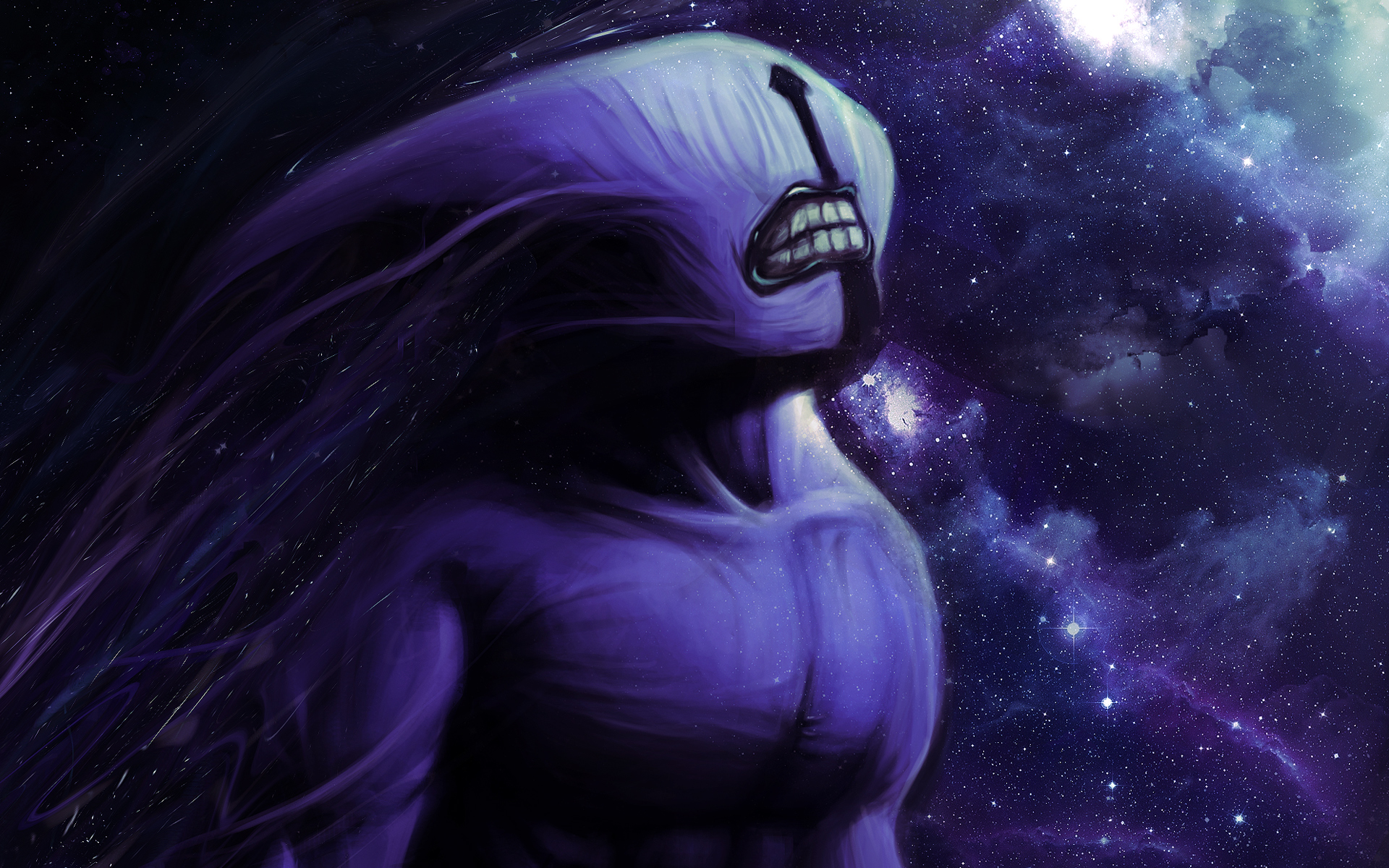 Lore
Darkterror the Faceless Void is a visitor from Claszureme, a realm outside of time. It remains a mystery why this being from another dimension believes the struggle for the Nemesis Stones is worth entering our physical plane, but apparently an upset in the balance of power in this world has repercussions in adjacent dimensions. Time means nothing to Darkterror, except as a way to thwart his foes and aid his allies. His long-view of the cosmos has given him a remote, disconnected quality, although in battle he is quite capable of making it personal.

Faceless Void is one of the hardest carry in the game. He scales very well in mid to late game. However, he's kinda squishy in early game, even with high base damage. Synergize well with many heroes, but can be fatal with wrong miscommunication <

Chronosphere (this is only one of the mistakes I have ever done with Void)>.

I saw many people play

Chronosphere location, or tanking teams with him. FACELESS VOID IS NOT A TANK HERO, I REPEAT, HE'S NOT A TANK HERO EVEN THOUGH HE HAS BACKTRACK!!. So that's why I will try to make this guide.

In this guide I will cover these points:

Rushes to a target location while slowing the movement and attack speed of all enemies along its path for 3 seconds.

(*)Stacks with evasion, but is subject to chance stacking.
(*)Backtrack will not evade the secondary effects of enemy spells and attacks (such as stuns or slows).
(*)Any damage type can be dodged except HP Removal.
(*)Backtrack works against true strike attack like

Monkey King Bar
(*)Backtrack can dodge damage from AOE spells as well as Unit-targeting spells.
(*)Ability is disabled by

Adds the chance for an attack to lock an enemy unit in time, stunning it and dealing bonus damage. The duration is twice as long against creeps.

(*)Stun works on heroes with

Creates a blister in spacetime, trapping all units caught in its sphere of influence. Only Faceless Void and any units he controls are unaffected. Invisible units in the sphere will be revealed.

Faceless Void got 1000MS inside it.
(*)timelock gains bonus damage inside it.
(*)Affects everything except courier and the map itself (it's not like the game is paused and only

Great for tankability. Blocked damage means less injury and you don't have to return to base when you ran out of tangoes. As I say before in my

Main healing items, you know what these does.

Provides stats for sustainability, upgradable to

Boots of choice. Provides MS, AS, and stats.

Iron Branch, you can either sell the branches or build this when you are facing enemy spammers like

Stout Shield. Great for lane sustaining thanks to the higher damage block. Provides +6 AGI, which is your main attribute.

You can ignore either

Poor Man's Shield, or even both to build this. Provides HP regen, and one of the main ingredient for your wrecking core item,

This is your bread and butter. Try finishing this before 20 min, if possible. If not, 25 min is fine. Cleaving ability lets you clear creep waves faster for gold and exp gain. Also provides mana and HP regen, so goodbye mana problems.

Mask of Madness rather than this item. Why? This item provides a little dmg, STR, and a 10/9/8/7/6/5 sec INVULNERABILITY. This means 10s of no skills targeted at you! What's better than that? Note: Be careful of skills that go through BKB such as

Faceless Void's short-comings. ATTACK SPEED. +25 AS is not something to be laughed at, especially when you are trapped within

Battle Fury thanks to chain lightning, lol both have area damaging effects. DON'T UPGRADE THIS DIRECTLY TO MJOLLNIR, AS

Mjollnir ONLY PROVIDES MORE ATTACK SPEED AND ONE ACTIVE EFFECT THAT IS NOT SO USEFUL. BETTER BUY TALLISMAN OF EVASION FOR

Provides ****ty things. AS, DMG, EVASION, AGI, MS. What else do you need?? Counterable by

One of the alternatives to

Battle Fury. Provides more damage, and a critical chance, which is a huge impact in a

Upgradable from your early

Orb of Venom. Some player focus this from early games. I don't really prefer this, but sometimes I still buy it.

Maelstrom. Provides more AS and +30 DMG on chain lightning. Active skill lets you damage at least 3 enemy heroes by 200 DMG. Not preferable in mid-game. Better upgrade this when you have your

Butterfly or at least

Eaglesong. I only buy this when I fight

People often argue about this item on

Faceless Void. I find this item quite interesting on him. The feedback burns mana really quickly, which is very helpful on heroes with fleeing ability like

Time Lock keeps jumping out. purge is useful when chasing.

Improves your ultimate, increases the ultimate to 4/5/6 sec. Usually this item follows before / after

Alternative from maelstorm. More attack speed and armor, and minus armor aura is pretty good. DO NOT BUY THIS WHEN YOU HAVE A

Heart of Tarrasque. Provides lifesteal and health, and an active +175% lifesteal for 3.5sec which is terrifying. Usually a 2 man

Useful for early and mid-game jungling. You can buy this when you have an early

Ring of Basilius. IF YOU INTEND TO BUY THIS ITEM, NEVER BUY A

Morbid Mask FIRST. A MERE LITTLE LIFESTEAL IS NOTHING COMPARED TO

Only buy this when you have / planned to purchase

Aghanim's Scepter. Double ultimates are fun to watch, and terrifying for the enemy team.

Heaven's Halberd. One of the highest damage item in the game.

Black King Bar. Useful against point-skill, such as

Hex, and many more.

Provides lifesteal with active increase MS and AS when you take extra 30% DMG. Extremely situational, pick this when you want to snowball hard XD

You know what this does. Very situational, I mostly buy this if I'm not facing "living in jungle" heroes [A.K.A

Treant Protector, you name it.] or when the game is extremely in our favor. Very situational.
Top

As always, this chapter is not so long, so chill.

At level one, take

Time Walk first is also okay, so choose. At level 3 you will have all 3 skills at 1 point. Max

Time Lock first for the bash chances and damage. Supports will always accompany you, so there's a high chance for early first blood. Your supports will have the locking skills, so you have to focus on your hitting.

Time Lock provides that. After you got 4 points on

Faceless Void is a hard carry. Therefore, you will be farming in early to a-little-bit-mid-game. Maxing

Time Walk first is also okay, but I find that 2 or 3 points on it is already enough. Use your points on backtrack too, so that you won't be taking so much damage. When you have 3 points on both skills, max backtrack first then

Time Walk. There, you have all skills at 4 points.

Time Walk first. This enables you to escape from ganks fairly easy, 1300 range is no joke. Also, maxing

Time Walk lets you chase your enemy pretty easy, as the 50% slow is no joke too. After that, max

Time Lock for the bashing chances, and lastly backtrack for the dodge chances.

Most people do this. Maxing backtrack first for the lane sustainity, much like phantom assasin maxing

Blur first. Especially when you are fighting long-range harrasing hero like

Take Aim. After that, maxing

Time Lock first is up to you.

Tidehunter and kunkaa that give you set up for

Well, as a glass cannon hero, he has many foes. You could say almost everyone is his foes. But that's just Dota XD.
Top

Thanks for reading my guide. Hope that helps, and elders are welcome with open hands! As for newcomers, I will give you a cup of coffee.

Hand of Midas into Situational Items

Mask of Madness into Situational Items