Mirana: The Princess of the Moon

Mirana: The Princess of the Moon

Hey guys this is my final production of the

Mirana guide iv been writing for about one year now. After countless games and experiments, i have finally perfected 3 roles that include builds, play styles and helpful tips. I'm actually sooo freaking proud of this, and amazed that over 50,000 have looked at this. like whatttt!!! Anyway, make sure to vote up if you liked it, and leave a comment with positive criticism. Thanks agian!

1. Has a great body! xD
2. Potentially 5 second stun.
3. Great hero for starting team fights, or ambushing.
4. A Stealth that effects the entire friendly team
5. Easily can accuire a good farm.
6. Can solo with ease
7. But also can play very corporately in a bottom or top lane.
8. Has 2 moves for escaping, or Chasing
9. Good choice for a roamer.

The Princess of the Moon (PotM)

1. Mirana's roles for a team are extremely versital, and she can fit into any team comp.

2. Should be the hero that starts team fights, because she is such a solid ganker, she is also considered a initiator, starting the fight with an arrow, or stealth.

3. A high skill base is needed to play her effectively.

4. Likely solo. If that be the middle lane, or Hardlane solo.

5. Strong roamer, a much higher skill base with the team and the player is needed.
Top

Mirana's first move(Q), has a large nuke at level four of 300 damage to all surrounding enemys within 625 units.
its mana cost is pretty high at 100 level one, so make sure to use it sparingly in the beginning.
But after around 6, you should use it as a great farming/pushing ability.
[Starstorm] also will target a random enemy within the 625 unit area, and hit them again for half the original damage.

Arrow: arrow
Mirana's signature move(W). Its placement is everything. when using, and the enemy you are targeting it moving, do not click directly on the hero because spell is not lock-on. Try to lead the target, and place it where you think it will be when the gets there. This will take a while to get good at...but just keep practicing :)
[Arrow] should be used in the beginning of a gank/team-fight, and try to pick off the enemy who your team wants to kill first.
[Arrow] has the potential to stun for 5 seconds! So when ganking and you are confident enough with yourself try to land an [Arrow] that is further away. If not, a 3 second stun is still awesome, if you can hit them. :P
Also use this spell to hit enemy heroes that are trying to escape, it does a huge amount of damage at level four of 360.

The Third spell for Mirana.(E) Used mostley for Escaping, or Chasing. If you can position yourself correctly, a good escape method would be,

Leap, and then fire an Arrow back at the enemy when you land.
Also after activating

Leap, you are granted a Attack and Movement Speed buff for you and your allies, at level four the buff is 16%.

Mirana's Ultimate ability(R). After activating, yourself, and all of the friendly heroes, are granted stealth for 11 seconds.

Moonlight Shadow takes 3 seconds for the hero to fade into invisibility.
Use this right before a team-fight, or after when escaping.

This all depends on which build you plan on going.

If building Carry, then you want to head to the easy lane, with either a tri-lane, or a babysitter.

If you have a jungler, or a tri-lane you wont be apart of, head to the long lane.

Simply building semi-carry/ganker, Middle is all yours.

Andddd if your roaming. go where ever you want. xD

In this situation, Mirana will most likely be laning in the middle or the long lane. The easy lane should have a harder carry then yourself, and therefore taking up the most farm.

The build order for this is Basic.

Should be your first small item pickup, make sure to turn the armor buff off so you don't push the lane.

My boots preference for semi carry Mirana are the

Yasha would be next, becasue you will be building into

Next you need to make an observation on the game, does the enemy have a lot of single target spells? Are you being initiated on? And could you afford to build a little more defensibly? If so

should be your next investment, it will slow down the build order of

Manta Style and other late game items, but it's usually worth it.

Now, sense you were not rushing it, its time to build your Attack Modifier. On Semi-Carries, especially Mirana, i like the

Diffusal Blade, for the great slow and Mana Burn

Now to finish up your

And, if you're having an exeptionaly good game, complete your build with:

Usually when Mirana is picked up in higher level play, you're most likely going to be laning on the suicide lane.

In the beginning of the game, you have one rule. don't. die.

At the start of the game, have your support hand you the wards, and make sure to block the pull camp. Then (on the dire) in the jungle, to the right of the neutral behind the pull camp. Now, you have sight of the rune, and you can see any ganks that are coming towards your lane.
On the Radiant, again ward the pull camp (if they have any amount of skill, they will be able to pull from other part as well, but just in case) and then, use your other ward to simply ward the river, on the eye by your secret shop.

When the creeps spawn, you need to block at much as you can. then, Play Safe. If your wards are up, you should be safe enough to farm. DON'T FORGET TO TURN ON YOUR TROLL DETECTION 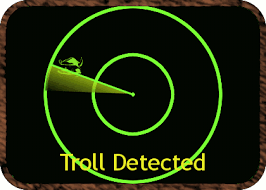 Try your best to simply not lose your lane, if you can hold your tower untill mid game, you've done your job.

My choice for boots, provides great damage, and lets you last hit much easier.

Pick this up first, again helps with the last hits. Wait on completing the

Desolator is finished. or if you need to get a

Maelstrom proc stakes with this attack modifier. Also really helps with pushing towers. And you're trying to maximize your damage output.

Doesn't every carry need this? xD

So you can wreak havoc onto the enemy untouched.

Hard Carry, Everyone loves to play this role, but i see so many people doing it absolutely wrong. First of all, last hitting creeps is just about your only job in the early stages. Players who are great "Carry" players are always finding time, and places too earn gold and experience, they never waste time.

One of the best carry players in all of DotA is of course Burning and I recommend people who are trying to get better at playing a carry to watch him play, you will learn alot.

Here is sort of a goal chart you can set each game, try and have around this amout of creeps at the designated time.


as the game progresses, farming will get easier but make sure to not lose focus and waste too much time.

In teamfights, focus the casters and other squishies, make sure to leave heroes such as

Axe alone until the rest are dead.

And remember, you're basically a Glass Cannon, you do a **** done of damage, but if you get focused early, you're done. Stay in the back, initiate with your Arrow, and save

Now. Before I get flamed for this build, trust me. It works.

: You need this early, because the runes are yours. And they also decide where you will be ganking next.

Because you never want to waste time going back to heal, or regen mana your core will be:

To maximize your ganking:

And if your team needs either one of these.

Roaming, not something seen much in pub games alot. But something that

Mirana can excel at.

The idea of Roaming, is usually from the beginning of the game, roam around the map and hit the enemy at its weak spots, or cover for retreating allies. As a ganker, it is your job to position the gank where you know that you will suceed in. Places where you have a massive advantage against the foe.

Which is why Mirana can be so effective at it, with the element of surprise using her Arrow, even at level 1 can earn your team, and hopefully your carry a kill.

Also utilize the runes when roaming, they just make it so much easier. haha :P

A good roamer starts out ganking as early as possible, which is why Mirana can be such a good one, with a well aimed Arrow, she is already a devastating ganker.

If you are Roaming, you are defiantly running far more support than usual, your main objective is to get your carries as many kills, and as much XP as possible. So after a solid gank, and the enemy heroes either die, or retreat. GET OUT! so that your carries can free-farm to their hearts content.

That considered, you are guaranteed to be under-leveled, and consequently earn less gold... So your item build should consist of team fight/ and push assisting items.

: Basically anyone who can help you set up a quality Arrow

[icon=shadow demon size=110} This takes a bit of practice, but it is easily one of my favorite combos in the game. If the Mirana times her Arrow correctly, than it is a guaranteed hit.

Another great combo which is much easier to accomplish. Bane and Mirana make a great roaming combo, and can really shut down a carry/mid with successful ganks.

To name a few.

bloodseeker=110: [Rupture is really damn annoying because your

Leap can't save you, and it will basically kill you no matter what.

Thank you to other DOTAFire for the use of their website.

Thanks to 'Snuffaluf***uan' for introducing me to the world of DotA!