Let's ward off boredom with music shall we?

DotA, short for Defense of the Ancients. I have been playing this game about 5 years ago in Warcraft III, where it first started. Anyway, it has been a long time now and I have only recently moved to DotA 2, thanks to the God of Leaving in DotA 1.

I played LoL for a while but I can't find any heroes that suits me playing style, except Ahri. There are too many mechanisms and I hate the bushes. For a person who played DotA to suddenly move to LoL, it can be mind boggling indeed.

Anyway, let the guide to Legion Commander begins! (Hope he gets released soon)

Other Guides by Yasutsuna:
Aria's Requiem - A Guide to Naga Siren
Top

The new items of DoTA 6.84 opened a lot of different possibilities for

Legion Commander. Most new items actually works quite well with her. Below, I will cover a summary of the item for her and her new

Regarding the new game mechanics, the game has tilted closer and closer towards early kills and less farming. This is, actually quite good for

Legion Commander as her

Duel makes her a very dangerous threat early on, especially during ganks. Just remember that farm is still important, do not always leave lane to gank. Just farm up.

Moment of Courage receive a very big buff and nerf (to me, it's more nerf) while the 25% chance lets you lifesteal more often, due to the 2.7 second cooldown it is relatively unreliable especially when you're

Dueling. Although the lifesteal in increased to 55%, your damage early on is still weak. So maxing

Press the Attack and

Aghanim's Scepter is interesting. But, if anything, I will put is as situational.

Lotus Orb is interesting for

Legion Commander, but it is situational, mainly depending on your enemy composition.

Moon Shard is much of a late game item as it grants nothing but attack speed, which is kind of meh, to be honest. Mjollnr and

Assault Cuirass is way better. However, when you have full items, you can get it for the buff.

Silver Edge is very good on

Legion Commander due to the Break which was removed from

Duel some time ago. Also, the reduction of damage gives

Legion Commander an edge in

Solar Crest is an interesting pick for

Legion Commander if you picked up

Medallion of Courage early on. But, I still prefer this on a support over her.

Tresdin lacks lane-control in so many manners, so I would like to use him to jungle as soon as the game starts, or in the most, once he reaches level 2. His skills,

Moment of Courage and

Press the Attack are actually made to jungle early. His role in team fights is to go for the painest support of the team with his

Duel, since most support relies on their magic to fight,

Duel is a good skill to kill them with.

My name is Tresdin, and there is a great threat growing in my kingdom. And that threat is the waves of filthy non-human refugees who litter our street corners and whose mongrel languages are belted out in every pub! I didnt become the greatest general this kingdom has seen in hundreds of years to see my lands reduced to this, but that will be dealt with shortly. For now my axe is called to battle the hordes of darkness that threaten every human in these lands. I march to turn the tables on these horrors, and I dare even one of them to test me in single combat! I go to see things are taken care of the right way, the human way!
Top

Icons are from DotA 1.

From left to right:
Overwhelming Odds, Press the Attack, Moment of Courage, Duel

Overwhelming Odds to push your enemies out of lane or force them to back or heal. The damage early game is quite good and the movement speed bonus makes it easy for you to enter and retreat from battle. Max this first in laning so you can easily push your enemies from lane.

Very important skill for jungling since 30 hp regeneration is a lot. In team fights, can be given to allies to help them survive a little longer. Since it removes most debuffs and disables, it's very essential to be cast on those who will otherwise die due to being tied down.

The new changes makes this early game very lack-luster due to your low damage output at that time. While it is still essential in the jungle, it is less worth it in lane and therefore maxed last.

Press the Attack and/or

Black King Bar before you start this. Note that, allies and enemies can illegally participate in this Duel, so it is vital for you to have

Black King Bar. Also know that the range is 100, so you need

Shadow Blade to use it efficiently. If nobody dies within the time limit,

Duel ends as a draw and no bonus or whatsoever it give.
Top

This is the only build I found useful so far, but I'll try to find some additional ones.

Moon Shard
Never get this as your first few items until your damage is high enough. As it provides nothing but attack speed, it can be a little bit lack-luster as you need the damage to finish

Moment of Courage. This is a good pick in very late game when you are 6-slotted and have excess gold as the extra attack speed buff is very much appreciated.

Silver Edge
With this new item, it's really hard to decide on

Blink Dagger or this. The Break allows you to cancel enemies' passives for a time, which is good, since

Duel can't do it anymore. Just remember to hit him once before

Dueling. I would pick this up to use as an initiation if my team don't rely on invisibility too much

Aghanim's Scepter
A very situaional item. It might be good if your enemy has one major threats and a few minor ones. You can

Duel them, occupying them while your allies finish up the others. The only drawback? If it fails, you will be the dead one. Also, you need to be able to duel the target over long period of times, which isn't always good especially if the enemy are hard carries like

Lotus Orb
It allows you to mirror back most single targeted spells. Personally, I don't really like this item on

Legion Commander. When she is

Dueling, she must not be stunned in order to win. This does not block them and only reflects them back, which in a way, is kind of pointless and you're still be on the losing end in the

Solar Crest
While it might seem good on paper, it actually is quite mediocre, know that you lose all the benefits when you use it on someone as you can only dodge attacks from that one person and both of you will also become squishier as you give up the armor. If you want the evasion, getting

Heaven's Halberd is better. IMO, this is more of a support orientated item who don't really need the benefits if they're good at positioning.

Haste: A good choice since it lets you hunt down enemies and

Duel them, only take if your team doesn't need it. Don't touch once you get

Illusion: Not really useful for

Invisibility: This is your rune, especially in early game when

Shadow Blade is not available to you yet.

Double Damage: This is also your rune, the bonus damage can allow you to finish off

Regeneration: Only grab it when you need it.

Legion Commander just like how you would lane any other carry. The reason why I take

Overwhelming Odds early on instead of

Moment of Courage is because you don't need the lifesteal since you're not suppose to take hits as a carry. If somehow, you keep getting attacked, getting an early point of

Moment of Courage will keep your health at top notch.

Legion Commander items doesn't change whether she is jungling or laning, it just stays the same.

Jungling is a core thing

Legion Commander must do, since he have the altitude for for it. When you're level 1, start small and kill the small camp first. Once you get the

Moment of Courage, go and pawn the medium camps.

THE PICTURE BELOW IS OUTDATED. I'M WORKING ON A NEWER ONE NOW.

Below is a picture for the camps. (Thanks to whoever own this picture) It's best you avoid poking Roshan since you lack the power and tankiness to kill him solo and in early game.
Top

Legion Commander as a Support

Normally I wouldn't use this. To those players who are new to

Legion Commander, I suggest you not to do this until you used her at least 50 times or so.

Legion Commander is she can support and yet transits into a carry later on. Because her

Duel doesn't make her kill steal, meaning she can

Duel a target, let the carry kill the target off and she can still get the STR bonus.

Accumulated, she can easily get better items by kills and move on as a carry.

Heroes You Will Meet...

Phantom Assassin, it is advisable for you to use

Blade Mail and activate it before you start

Although he is said to be an Initiator, but I don't think he really is since he lack any AoE stun, and his only AoE nuke,

Overwhelming Odds relies heavily on the amount of units there. So, I would prefer not to iniciante unless really needed to. Your role here is to hunt down any supporters and finish them off with

Duel before they can tear your allies apart.

Try not to initiate

Duels you can't win unless your allies are around to help you. Know that,

Legion Commander might lose out to Carries in late game.
Top

Well, with this I end my guide of

Legion Commander. Since I am getting tired already, I'll leave the Friends + Fiends to a later date this week. (Well, it is Sunday now)

Legion Commander have not been released and I hope he will soon. Since this is not a one-man show, I would appreciate people giving feedbacks and cooments on this guide. Thanks!

A special thanks to:
- Dr. D for his formatting guide!
- Nubtrain for his tips about guide writing! 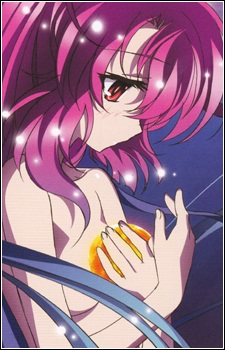