The master of jugging (late game)

Getting the wheel spinning

Reinforcements for your Jug

The jug you need during the mid game

The spine of our young jug

Now to the filling (no order)

Our first test has started

Get this test done asap

The main testing has begun (skull OR maelstrom)

I picked Jug and now what? (fast guide)

Early game:
Dominate the safe lane with your Q and crits.

Mid game:
You got your

Omnislash jumps between ALL enemies in range (inc. Roshan) so use carefully. I use it to eliminate the enemy carry when the are alone and unsuspecting.

Late game:
You might fall off now if you havn't got farm or followed my late game build, a

Daedalus will fix this in most cases.

Good fun and have luck out there!

Lore Of the Last Jug 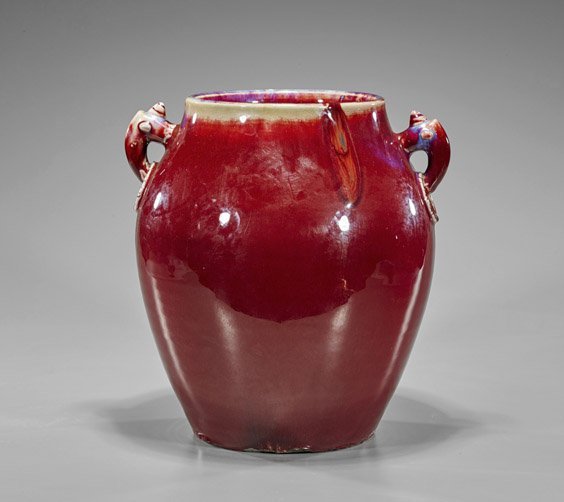 No one has ever seen the face hidden beneath the mask of Yurnero the Jug. It is only speculation that he even has one. For defying a corrupt lord, Yurnero was exiled from the ancient Isle of Masks--a punishment that saved his life. The isle soon after vanished beneath the waves in a night of vengeful magic. He alone remains to carry on the Isle's long Jug tradition, one of ritual and swordplay. The last practitioner of the art, Yurnero's confidence and courage are the result of endless practice; his inventive bladework proves that he has never stopped challenging himself. Still, his motives are as unreadable as his expression. For a hero who has lost everything twice over, he fights as if victory is a foregone conclusion.

Cannot be used by illusions. Cannot be dispelled. Blocked by Spell Immunity.
No Target Enemies / Self Magical

Cannot be used by illusions. When using Manta Style, Juggernaut still continues spinning, revealing which one is the real one.

Does not interrupt Juggernaut's channeling spells upon cast.
Applies Spell Immunity for the duration and a basic dispel upon cast.
During Blade Fury, Juggernaut cannot be affected by Ghost Scepter, the Double Damage Rune, or the Haste Rune. The buffs get removed immediatly.
Juggernaut is silenced for the duration. Besides this, he can act freely while spinning.
Juggernaut can perform normal attacks during Blade Fury, but these attacks deal no damage to enemies being affected by Blade Fury. Attack modifiers like Monkey King Bar, Diffusal Blade or Skull Basher still work fully and do apply their effects and damage on successful procs.
Since cleave is based on the hero's attack damage values, it works normally even while spinning, damaging enemies within its cleave range.
On the other side, critical strikes and lifesteal are based on the actual damage dealt, and thus have no effect (despite red crit numbers and lifesteal particles still showing).

Blade Fury does not affect buildings and wards. Unaffected enemies take full attack damage from Juggernaut during Blade Fury.
Despite not affecting allied or own units, they still take no damage from Juggernaut's attack when attempting to deny them.
Deals 16/21/26/31 damage in 0.2 second intervals, starting 0.2 seconds after cast, resulting in 25 damage instances.
Can deal up to 400/525/650/775 damage (before reductions).

Of the rituals learned at the Isle of Masks, tending wounds with a bit of voodoo magic has proven to be quite useful.

Gives Juggernaut a chance to deal double damage on each attack.
Proc Chance: 20%/25%/30%/35%
Critical Damage: 200%
Can be used by illusions. Red critical numbers are before illusion and armor reduction.

The last remnant of his heritage's commitment to bladework, Yurnero ensures that the style is remembered.

Blade Dance makes use of pseudo-random distribution.
Increases attack damage by an average of 20/25/30/35%.
The sound and particles play upon start of the attack, not when the attack lands.

Partially blocked by Linken's Sphere. First slash is blocked only if primary target.

Can be Improved by Aghanim's Scepter. Increases number of jumps and decreases cooldown.

‘The fruits of discipline; with practice comes strength.’

Turns Juggernaut invulnerable and spell immune for the whole duration. Unlike other sources of spell immunity, Omnislash does not dispel any buffs and debuffs.

Jumps in 0.4 second intervals, starting immediatly upon cast, resulting in a maximum duration of 0.8/2/3.2 (Can be Improved by Aghanim's Scepter. 2/3.2/4.4) seconds.
Can jump on invulnerable units, however, since it deals physical damage, invulnerable (and ethereal) targets take no damage.
Cannot jump on units in the Fog of War, invisible or hidden units and Tombstone Zombies.
If no valid targets are in range, Omnislash ends prematurely.
On each jump, Juggernaut is positioned at the opposite side of the target from Juggernaut's position. The jump radius is centered around Juggernaut, not around the current target.
Juggernaut can perform attacks, cast spells, and use items during Omnislash, however Blade Fury is disabled for the duration. During Omnislash, Juggernaut does not need to turn to cast targeted spells or items.

Juggernaut is issued to attack his current jump target on each jump. This means that between each jump, any other order given gets canceled.
If Juggernaut's attack time is lower than 0.4, he can perform at least 1 attack between each slash.

Can deal up to 600-675/1200-1350/1800-2025 (Can be Improved by Aghanim's Scepter. 1200-1350/1800-2025/2400-2700) damage (before reductions).
The physical damage of the slashes is reduced by Damage Block.
Any valid target which is not under control of a player is instantly killed when jumped on.
Provides 200 radius flying vision lasting 1 second on each jump around the current target.
Recasting Omnislash (e.g. by using Refresher Orb) while the previous cast is still active has no effect, wasting the mana and cooldown.
Top

Blade Fury to chase enemies, and let's not forget about the 24 dmg that could mean the difference between a KILL and a ALMOST KILL.

is a farming item heavily dependant on the time you get it, a good time to get it is around the 16 minute mark. Getting it at that timing will give you back the money and a lot more than that so I recommend ALWAYS get the

Perseverance first and then ask yourself: "Am I able to get 2600 gold Before the 17 min mark?" if not build the

Lotus Orb if needed BADLY or more often a

Linken's Sphere, maybe just leave it as a regen item that isn't too bad on Jug.

is Amazing at Jug, it gives you 3 more sword strikes when using

Omnislash and some splendid stats that will fill your Jug rather good.

Less armour, more dmg ohh and it applies on the start of the attack animation.

Even more dmg and a proc chance to bash. See a pattern yet?

More dmg, more attackspeed to attack between the

Omnislashes to deal even more dmg. Ohh and lets not forget about the proc chance which does more dmg to more enemies and the active can deal more dmg. Too much dmg yet?

A bit more dmg and some bashes that will make your opponent unable to defend themselves nor strike back, also builds nicely into a Abyssalblade

A really good mid game item as it gives you plenty of stats and some dmg and attackspeed, but also a slow chance and incresed movementspeed.

Okay listen up, some of you will probably be sceptical but let me put it in this way: Our lovely little jug is a agility (semi)carry and therefore benefits extra much from agility so let's get the math going. LVL 1: 25+25=50 dmg that is okay as it even destroys the enemies manapool, but it slowes them so that bonus 25 attackspeed you get from the agility comes into play and helps you hit the target even more, now the LVL 2 deals 10 more dmg and gives you 10 more attackspeed. That is quite good on any agility carry I would say.
NOTE:ONLY UPGRADE YOUR

Diffusal Blade WHEN IT RUNS OUT OF THOSE PRECIOUS CHARGES AS IT CAN NOT BE REFILLED AFTER LVL 2.

Okay so this is for the times when initiating with

Omnislash but more for when omnislashing and the opponents spread out and you kill one off but you have about 7 slashes left or so, then you can blink with the right timing to a new target to continue slashing! NOTE: ONLY BUY WHEN YOU FREQUENTLY END UP HAVING UNUSED SLASHES AND HAVE THE TIMING DOWN!

Crits carry over to illusions! Buy this when you are fighting often without

Omnislash! NOTE: AVOID BUYING IF THE ENEMIES HAVE HEROES THAT DEAL AOE DMG LIKE

Ember Spirit OR HAVE A

More agility and attackspeed to attack in between

Omnislash jumps, also makes you more tanky due to the 35% evasion.

This item isn't the best on Jug as it gives only raw hp, but when needed do not hesitate to buy it!

a good alternative to

Black King Bar. Also as it's not only strength you gain from a

Eye of Skadi you gain mana, dmg and attackspeed! A rather solid choice all game id say for almost any hero.

Life steal to make you tankier, ohh and activate it during

Omnislash and heal to full health! ;)

Satanic for those clutch situations with little to no farm. Dont be afraid to use it to push of farm faster!

A good aura that every team needs and gives you more attack speed!

This is my first real guide so please give me some criticism!

Community Guide to Juggernaut (Safe Lane)
By Hades4u on March 24, 2021