Only the Wise Survive

They have huge right clickers? (Add 1)

Up against magic burst? (Add 1)

Only the Wise Survive 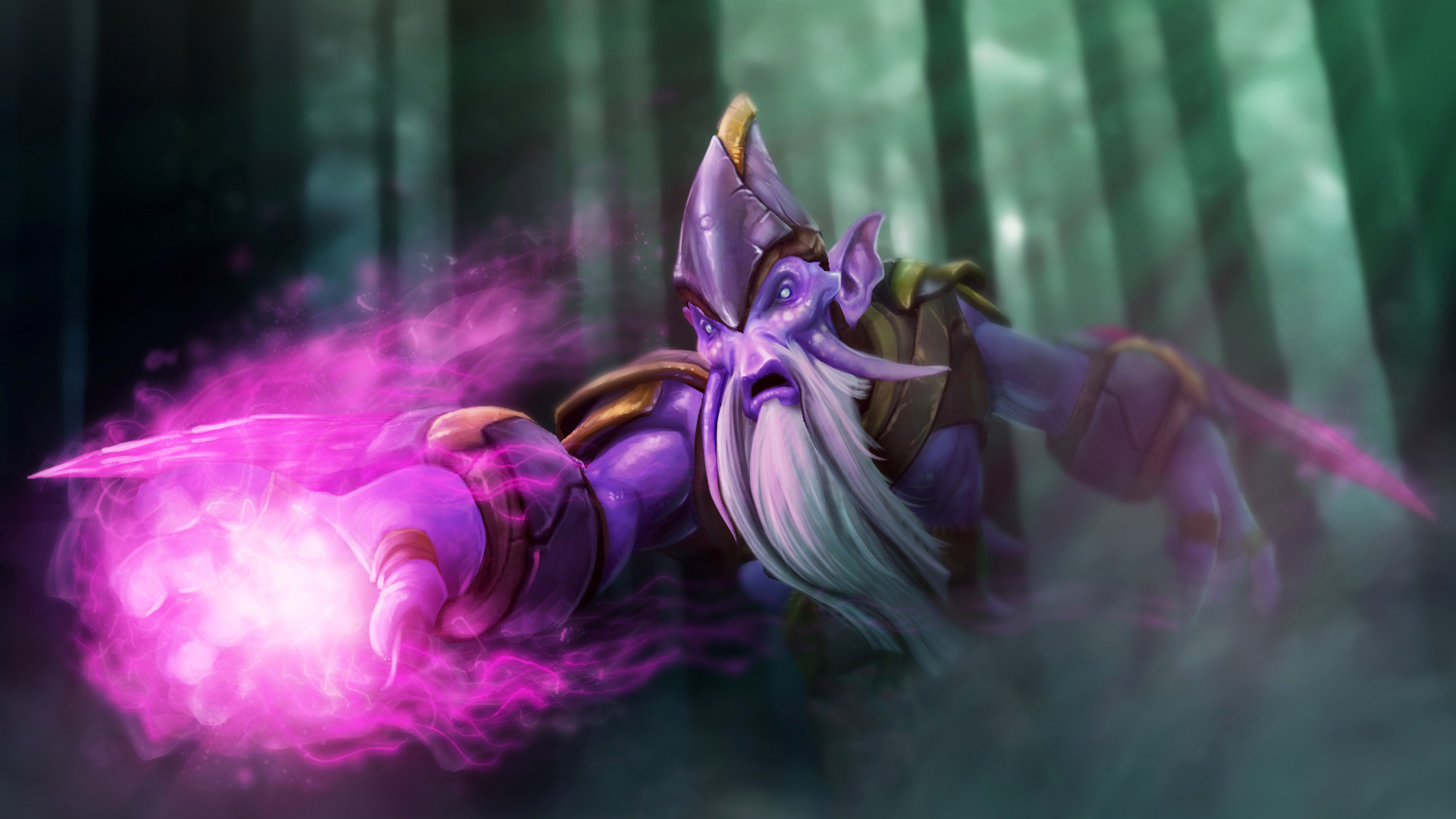 Once a great general among his people, and a valiant defender of the god-king Damathryx, Dark Seer’s army was wiped out by a much larger force in the final days of the Great Boundaries War. Facing certain defeat, he made one last desperate act: he led the enemy forces into the maze between the walls. At the last moment, just before capture, he crossed over—then sealed the walls forever in an explosive release of dark energy. When the dust settled, he saw that he had saved his people but found himself blinking at the sun of a different world, with no way to return. Now he is committed to proving his worth as a military strategist, and vows to show that he’s the greatest tactician this strange new world has ever seen.

Hello everyone, My name is Cpfran6 and this is my guide to

Dark Seer is a intelligence hero with a strong teamfight presence through the mid and late game. He is best played in the offlane, as his ability to last hit and harass from afar with

Ion Shell and his ability to escape with

Surge. Due to his odd playstyle, however, many people don't play him outside the pro/competitive scene. I am writing this guide to hopefully change this, and help teach the average player how to exploit

Cons
-Mana reliant
-No real nuke
-Cannot solo-kill (unless the enemy is VERY stupid, or you are Zai)

When You Should Pick Dark Seer

Dark Seer is considered a very Flexible hero, but sometimes picking Dark seer is a great idea, as he adds many things to a team.

When you want to Feed as Dark Seer

Dark seer sometimes is not such a great pick, or there is a better hero in the pool to use.

Dark Seer has a very unique skill set, which allows him to manipulate and force enemies to rethink their strategy in fights. You must become familiar with these skills, as they are all very necessary in almost every fight.

Dark Seer has a fairly standard skill build in the offlane, maxing

Wall of Replica can be delayed until levels 11 and 12, as early illusions and the wall do next to no damage.

Surge is maxed last as it is the most useful skill at low level.

Dark Seer is not a super item reliant hero, but items do make his job a lot easier.

Early Game
The Early game is quite simple, you should focus on the lane rather than your item progression. Starting off with

Ring of Protection and Ward.

Ring of Protection Should keep you from taking harass in wave, and once you can afford it, you can buy

Sage's Mask in the sideshop to complete your

Ring of Basilius, which allows you to control whether or not you want to push the wave. Get your boots next, you can delay these if needed since you have

Soul Ring is another early mana Item that is great on dark seer, and has an easy build-up. Ideally you should buy as many Items in the side-shop as possible, keeping the courier open for your carry and mid (especially around 2-4 min, when mid should have their bottle). You should be getting your

Mid-Game]
The mid-game is also fairly simple, you will be getting Mekanism, and now with 6.84, you will upgrade that into Greaves. This is where the item build gets a bit complicated, as this is when

Late Game
The Late game is very situational, the only item I recommend getting almost every game is Scythe of Vise, because it is the best item in the game.

In this section I will go over your situational item choices for the mid game.

Great for teams stacked with right click damage, built into

If your team is ganking with you, or if early teamfights are breaking out frequently. *Note, do not buy if you have a common Urn Carrier on your team (

Great item, helps you get your carry out of dodge quick, also an amazing counter to

Ion Shell you are a split pushing god, 2 shells on the wave and they will get to any tower. Extremely situational.

In This section I will go over situational item choices for the late game.

Amplifies your wall illusions damage to 140% at lvl 3. That tiny doing 350 damage? Now whacking himself with a tree for 450 damage.

Two walls are better than one.

Vacuum>Refresh>Wall>Vac.
I have had around 20 illusions in chaotic fights, then when you win said fight, you have 20 illusions killing towers and racks all over their base. Pretty great, am I right?

The best item in the game

Disarm is great, and it boosts your EHP with the evasion. Not great but still very viable if you are Tanking a lot of Damage in fights.

Against Magic Burst
These heroes reduce

Dark Seer's effectiveness, so against lineups with mostly magical damage,

Dark Seer isn't the optimal choice, but if you have to, here is some help.

Pipe is a great teamfight item, helps your team a lot. Great at a 5th item, but Scythe of Vise is usually better. A fantastic 6th Slot though.

If they have a lot of single target burst, this is great as well. Nothing more satisfying that watching a

Lina blow herself up.

Good for if they have lots of AOE and you are getting great farm. Not a great first extension, but still a good option.

Dark Seer is a horrible person to lane against, but one of the most fun if you are sick like me and like seeing their carry cry.

Dark Seer's job is to:


Here are some other advanced(?) mechanics you need to know.

Dark Seer is one of the best heroes at managing the equilibruim of his lane. You can aggressively deny to let them push, pull (radiant side), and block well, if you miss, use

Surge. he can also use

Ring of Basilius to push the lane.

Dark Seer is also a slippery little guy, and is very hard to gank in early stages. If the enemy supports attempt to gank you, there are several ways to screw them up.

Possibility 1: Aggressive
You think you can punish these fools for coming into your lane. Even if you die, one or two of them should be brought with you.


Most of the rest of

Dark Seer's mechanics are based on experience. I.E. gauging how much damage you can do to their carry and get out okay,

In this section I will talk about Heroes that you loves, and those you hate.
Friends

Disruptor are two heroes that benefit from

Vacuum, it sets up their ults perfectly.

Ion Shell is just palin cruel, especially at the start of the game.

These heroes are highly mobile,

Night Stalker is great with

Surge, making his ganks during the night much more efficient. Slark also benefits from

Surge, which allows him to exit quickly and reenter fights with full health.

Dark Seer works well with a lot of lineups, these are jsut a few that I have found are amazing.

These guys are a*******. They screw you up in lane, as they can instantly destroy your creep with

Devour. conveniently though, many are played as junglers in pubs.

Silences and natural orchid carriers hard counter you, as your entire goal is to get off your spells in teamfights then GTFO. Heroes like

Storm Spirit can just orchid you and pick you off on their own, and you are helpless.

These guys have long diables, be it

Dark Seer can lane against most heroes, these are just a few he will have difficulties with.

Thank you so much for reading this guide on

Dark Seer. As usual, this guide is still WIP, if you see anything that sounds stupid, needs to be added, or you have any ideas at all, please feel free to leave them in the comments below, and I'll try to respond and edit the guide as soon as possible. I hope that this guide has made you want to play this poor little Purple friend in your next game, or if you are reading this in game, I hope you do well and it helps. Next up in my little Offlane series is going to be my favorite,

DARK SEER 7.30 BY DUCAN - RESUMEN
By on May 21, 2022
Featured Heroes
Primal Beast
The Ageless Hunter