hello guys , my name in dota2 is hbui282 im playing dota couple of years and with shaker like a 5 month... im practice with him learn new thing about him and i want to share all what i learn in this guide , ill try to do him the goodest guide for shaker , so help me out...
comment on the guide plz but plz dont comment on my english erorrs , its not my Native... 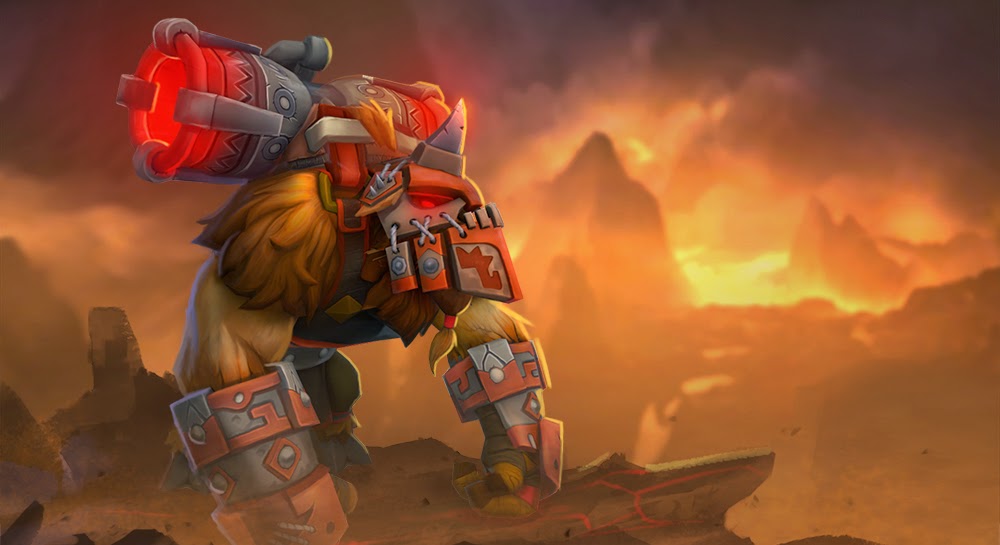 fissure - your gold mine...

If u play support and u go to the lane with the hard carry of the group , buy a lot of

Clarity as u can and just stun the enemies with the

Fissure , if u are carry use it only to kill or when low hp and then u go and hit and kill . (of course , when it helps to kill and not when the enemy can run away). U can also instead just stun them also to block them. To do that , u need to do the

Fissure in condition that the fissure's end goes into a corner of the map , and then u got a enemy blocked for 5 seconds - use that to kill him with your allies. when u reach

Arcane Boots u can do many fissures without worried and stun many enemies.
Not recommended to use

Fissure in lvl 1 , from the sinple reason - its not good without

Aftershock (your 3rd ability). the

Aftershock exept the abilities damage he will creat a field near to the ability's area that will deal a little damge and mini-stun.
Your battle will help u with your mana problem , so dont forget to check out the runes..

Aftershock its also mini-stun the enemy. in late game this is a very good ability couse if u have , for example , 100 dmg ,

Enchant Totem its a great combo with

Fissure couse when u stun the enemy or block him u can do to him massive damage with it.
Also , its a great way to push tower couse it not cost too much mana (only 50) and the tower will falling fast , also , u can take with this last hits to farm.
with

Blink Dagger this is a very good weapon couse if enemy run away u can blink to him , enchant your totem , and kill him.

gameplay with that and items in the next chapter.

if u want a killing-machine-ultimate u need a least the next items:

Blink Dagger - with this u can get in blink of a eye to the enemies without risks and right to the correct place - u see in the video how much its important to be in the middle of the enemies when u use ulti , like this , the echoes hitting them in the best and damgest way..

Aghanim's Scepter - the scepter (ultimate-upgrade-item) makes the echo slam much bigger killer , the scepter makes that each echo hit the enemies twice - the meaning - double damage when use ulti. very recommemend to carry that when u use ulti..

now if u want u can add this items to your killing party: (recommemend to pick one of them)

Refresher Orb - this item refresh all your cooldowns from abilities and items in a cost of 375 mana. if u have a lot of mana u can use your ultimate twice and this is will be much bigger damage. (but ,to the second slam will be much less damage , because that in the first slam all the creeps has die , and then the slam will be with less echos and less damage.

Shiva's Guard - this item is a good plane to what happen after the ulti... this item freeze the area of the user in 900 radius , do a 200 damage and slow the enemies by 40%.
after u do your echo slam u can use that to freeze the enemies and kill those enemies who succes to run away.

if u have much much mana:

blink to enemies , use your ultimate , then use shivan's guard , then refresher orb , then ulti again and shivan's guard again. and this is a most kills for sure.

Boots of Travel - its more helpfull) ,

Aghanim's Scepter and u buy one of -

Refresher Orb or shivan's guard ) u can buy this items that can help you to kill / survive.

Heart of Tarrasque - give u a lot of HP and damage - allways good...

Eye of Skadi - eye of skadi is a great item for my idea , that good for every hero , its gives 25 all attributes , HP amd mana , and slow the enemy (movement speed and attack speed) in every hit (your shoots become frozen - if u ranged).

Mjollnir - nice choise of item , give u 80 attack speed and give u chance to realese shoking bolt that do a little damage to the units is nearby.

Boots of Travel - recommemend to buy it , in late game your ]]arcane boots is useless , so it be nice if u swap them to [[boots of travel , more usefull.

Bloodstone - im not recommemend on that , but if u need it (every game and what he needed) it will be nice , couse u can relese now many

Fissure and your other abilities.

in this build all is diffrente , here u dont buy items to upgrade ypur ultimate.. here your ultimate not so important.. here the killing machine is your

Enchant Totem , here you doing a hard carry build and get mucl damage ; then u got more powerfull enchant totem..
for killing fast enemies we use shadow blase - we getting close to enemy enchant our toten disappier with

Shadow Blade go to him give him a hit with the totem , enchant again , hit again , and then fissure to kill him (when u got deadulas it will be more ez couse if your enchant will be cricital it a massive attack!!.. i giving to you here a video of gameplay of pro shaker (with this build)...

here i bring u the imformation about what is correct pick to be with shaker - carrys and supports , i show u the most goodest 5 and the most badest 5 , and i show you 5 counter pick for shaker , and 5 characters that he counter of them.