Its a guide for Lich. Not for his support role, but for nuke style gaming. 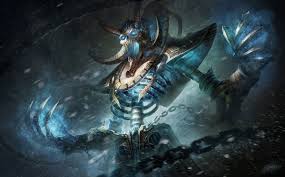 About Ethreain the Lich himself:

He is a ranged intelligence Hero that uses his abilities to slow his enemies down with his ice-based attacks, as well as giving a boost to ally defenses, and serves as a great teamfight ganker with his powerful ultimate. He can use Sacrifice to easily deny creeps and keep his mana high, making him very good at harassing in the early stages of the game. While a relatively frail hero and mostly known as a support, he can prove to be a force to be reckoned and mighty foe to stand with as he can render the attempts of multiple enemies futile with his ultimate, Chain Frost. Lich is a powerful crowd controller and can easily turn a teamfight, or dominate in a lane.

BIO
"In life, the frost-mage Ethreain (not yet a Lich) had used the threat of destructive ice to enslave entire kingdoms. His subjects, aided by a few desperate magicians, eventually grew bold enough to ambush him. Armed with enough charmed rope to bind him forever, they tied the frost mage to adamant weights and dropped him in a pool known chiefly for being bottomless. It wasn't. He only fell for a year or so before an outcrop snagged him. There he rested, dead but undecaying, until the geomancer Anhil thought to verify the legend of the supposedly bottomless Black Pool. Anhil's plumbline snarled with the ropes that bound the drowned magician, and up he hauled an unexpected prize. Thinking that by rendering the dead undead, he could question the Lich about the properties of the pool, he removed the bindings and commenced a simple rite of resurrection. Even the descendants of Ethreain's enemies were long forgotten by time, so there were none to warn Anhil against imprudence. But he learned the error of his judgment almost immediately, as Lich threw off the shackles and consumed him."

Pros:
- Can win almost every team battle.
- Can deny creeps.
- No way to out of mana.
- Slowing nuke.
- Easy to handle enemy heroes.

Cons:
- Can die easily.
- Useless until lvl 6.
- Ultimate spell can be wasted.

Frost Blast:
Your basic spell. Great for slow down running enemies. There is no enemy that can run away... maybe Riki. Spam it. Cast it on enemy heroes as much as you can.

Ice Armor:
The main support power of the Lich. It has a low mana cost, so you have to cast it on yourself as much as you could. With this buff you can escape from every melee enemy. You should cast it to friendly heroes. Remember you dont need mana for this, and with the buff, they gain a chance to escape, to slow down enemy, more armor. So, cast it always.

Sacrifice:
With this spell you can stay on the lane always. Deny the creeps always, when you have full mana, deny too. Don't let the enemy hero to gain XP from the creep.
Always sacrifice the melee creeps. (Melee have more HP=more mana.)

Chain Frost:
With this ultimate, you can easily kill enemy heroes, win team battles etc.
Just make sure the creeps are controlled around the enemy, and the ulti will not start to jumping on the creeps.
(When you run away from 2-3 enemy heroes, your best step is to cast a chain frost, you will simply kill at least 1, and the low health powered enemies can be easily killed by a Dagon or Frost Blast.)

Now i will try to describe my purchase order. I will highlight the most necessary items in every phase.
Always buy the ingredients of the items. (Cause if you die, you will lose money, but item stay, as you know.)

You have to buy courier, if someone else buy it, buy a flying courier.
It's necessary for you to stay on the lane.
Tango, Ward, Circlet... bla, bla, bla.
That's all.

You must focus on to get the Tranquil Boots. So you can heal yourself. With Sacrifice, and Tranquil you can full on health and mana all time. If you want, you can buy a bracer, its almost free, and gives you a small health boost.
After the boots you must focus on the Mekanism.

First of all, you must get out the Mekanism, so you, and your teammates will survive the battles. After that you must focus on the Dagon.
The Dagon is a very underrated item in the game. With the Dagon you get a new attacking spell that dealing 800 damage.(With a 15 sec cooldown. Mana means nothing... cause if you remember you're a skilled Lich.)

If you have the Dagon, you shouldn't be able to die. You will kill every enemy hero that comes to your way.
Now you can focus on Aghanim Scepter. For the more stronger ulti.
But if you see that the two team are equal in strong and skill, you must prepare on the "late phase battles".
For the "late phase battles" the best choice is the refresher orb. With this you can cast two Chain Frost, almost in the same time. (Who the hell can survive it? If there is a miracle, and there are survivors of the double Chain Frost, you should execute them with Dagon, or Frost Blast. Or just let your teammates to finish them.)

Deny your creeps, lowering the experience that the enemy can get.
Auto attack the enemy creeps.

Jungling:
No way.
Never jungling with Lich.
Why do you want to do this? Can't deny, can't gain mana, can't use your Frost Blast's benefits, you are just running around the jungle... useless.
NEVER JUNGLING!

Choosing a side:
Top/Bot: The best for Lich. You can easily stay alive, you can deny as much as you want. You can also gain kills by slowing the enemy hero with Frost Blast, so your teammate can easily crush the enemy. They can't run.

Mid: If you want to, you can go mid. Not the best option, but you can stay alive there too, and you can also win the battles in the mid after you gain the 6th lvl. There is a high risk of losing you tower, because of the deny. You have to deny the creeps to lower the enemy lvl, but in that case, there creeps can easily tank your tower.

Gaming:
Deny, farming-killing creeps, spamming Frost Blast on enemy heroes. Try to level as fast as you can, because you are useless until level 6-7.


Early Game:
Heal with Tranquil, Sacrafice for mana. Stay on the lane, leveling fast.
The best tactic is to wait them to charge. If they arrived to you, Chain Frost, Frost Blast, and the victory is yours.
Always stay behind your creeps. If your creeps down, fall back to tower. Your creeps will handle the enemy creeps and you can easily Chain Frost.

Gaming:
You should have your mekanism, now try to killing. Frost Blast, Chain Frost as always, gain money to take out the Dagon. Always stay with your teammates. Alone you will die easily.
If you get out the Dagon LVL 2, the game is yours.
Focus on to gain the max leveled Dagon.

Late Phase Battles:
At the end of the game you should have meka, dagon etc. You can kill anyone with the continuous fire of the Dagon and Frost Blast. (With Chain Frost for groups of heroes.)
Aghanim Scepter for stronger ulti.

Refresher Orb:
Its a very expensive item. But it can be very useful if the battle still going, and you have so much money.
Just think about it. With this item you can fire 2 ulti in the same time. Nothing else have to be mentioned about it.

And the most important about Lich PVP: YOU HAVE TO START THE ATTACK.
You have to shoot first, if the enemy fires first, run...
If you shoot first he/she can't survive the continuous fire of your Frost Blast, Dagon.

If you have your Dagon, the Lich can beat almost everyone.
With the Ice Armor still a great support.
After you gained the Refresher Orb, no way to loose the Game.

Everything depends on farming, and item (Dagon, Orb), which is the opposite of the normal style how the player should play with Lich.

If you want to try a new style of gaming with the Lich, if you want to be a Nuker like Lina, without the mana problems then choose this Guide.

Thanks for reading my Guide. I hope you will enjoy the game with Lich. 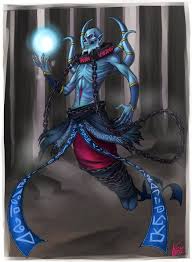