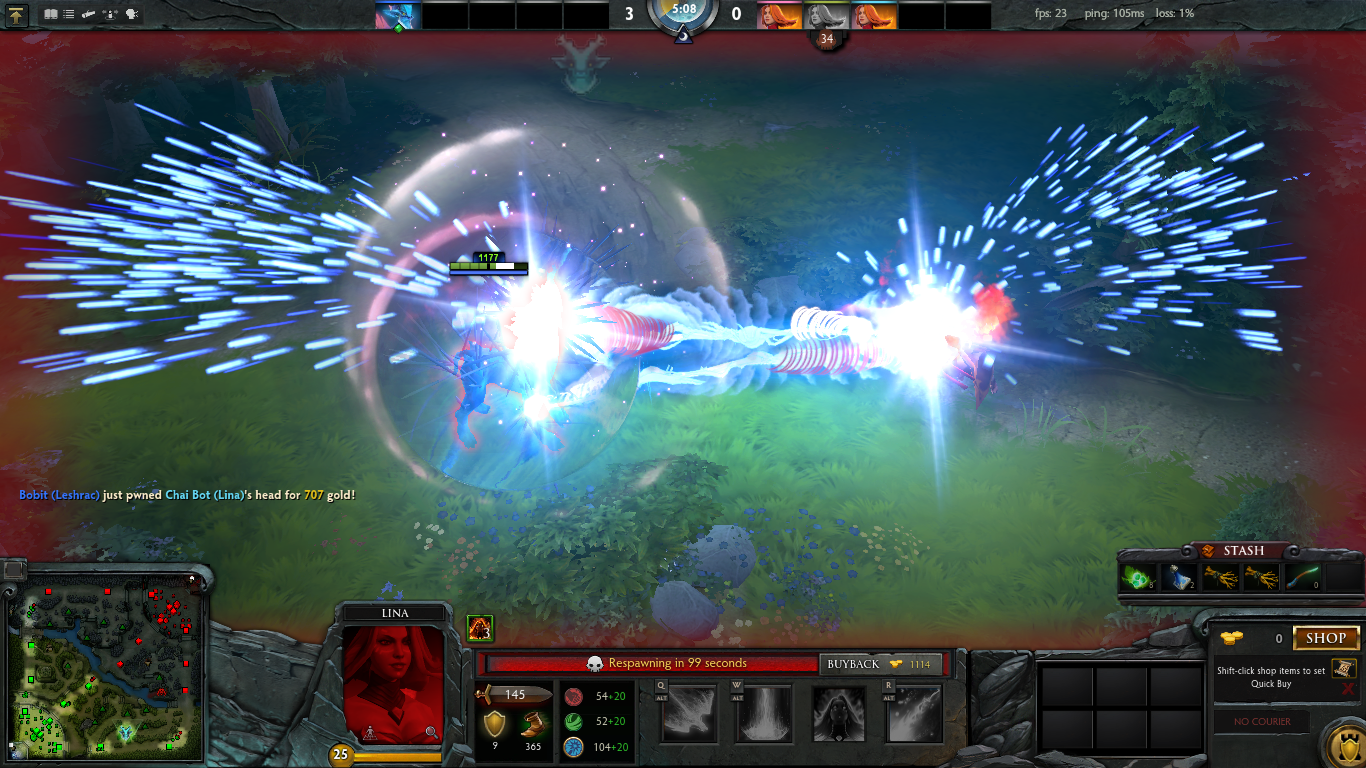 Hello, I'm a nobody from obscenely low MMR who plays a lot of Leshrac. Today I would like to show you a build for Leshrac that very few people know about.


Similar to my other guide, this guide does not teach you the standard way to play Leshrac, so I purposefully left out most redundant information. It should be used in combination with another guide.
Top

1) Octarine core cooldown reduction makes it so that you have 93% uptime on blademail/lotus orb.

2) Octarine core lifesteals off of both of those items, so you take 25% less damage while they're active.

3) Lesshy deals tons of damage just by being next an enemy, which Blademail++ makes easy.

Boots of Travel to escape after a solo push, since you only need to discourage the enemy from attacking for a short amount of time before you escape danger.

5) It's more difficult for enemies to judge the strength of a Blademail hero, much less a Blademail++ hero against enemies that have never played against Blademail++, which is pretty much everyone.

When to activate items

There are three different ways to use Blademail+Lotus orb:

1) Activate one of them on yourself, then wait until the duration runs out, then activate the other on yourself. Assuming you don't get stunned, this means you can have a blademail-like item up 93% of the time, so this is my preferred strategy.

2) Activate both of them on yourself at the same time. This makes enemies who attack you with single-target spells take twice the damage that you take, and you take half the damage you would normally. That's extremely powerful, but it leaves you defenseless until they come off cooldown. You can see this strategy failing in the last 3 minutes of this video, as the player usually dies while his blademail is on cooldown.

3) Use blademail as normal, but save lotus orb for using on allies and/or dispelling. Lotus orb can be casted on allies at clutch moments to cause enemies to take unexpected damage. It also dispels non-stun negative (or positive if used on enemies) effects on its target when casted (useful if you get silenced/slowed).

Lightning Storm is not that good. If your attack damage is equal to the spell's damage, by casting your only doing about 10% more damage than you would if you just attacked, all things considered. It slows, hits multiple targets, and is long range, but its damage is still pretty low. So you shouldn't be maxing it first when

Diabolic Edict can give you 144 DPS in the right situation (216 vs towers), for example. In fact, if you're feeling brave you might not even want to level it at all; the 4 skill points could give you stats worth 250 health and mana instead of a multi-target slow.

Beyond that, levelling is highly situational. One game you might decide to max

Split Earth for its gank potential, or not to level

Pulse Nova until level 10 because of mana costs, or to put a single point in Lightning Storm for the slow, etc.

Clarity usually give enough mana, and the health regen from the early game items becomes mostly useless once you get Octarine Core. Still, if you feel like you could use a little help or if one of the early game items would be especially good this game, go ahead and buy them. Only buy a

Null Talisman if you plan on building it into something.

Blade Mail immediately after your

Soul Booster since Soul Booster gives the regen of a perseverance for free. But if you feel like you need blademail's active or a finished octarine core's lifesteal+mana earlier, you can buy blademail before or after the octarine core. Either way, the order for building Octarine Core is like this:

You should always buy the

Point Booster before the

Vitality Booster. After that buy the vit booster and bring it someplace safe (if you die while disassembling you lose like 2k gold lol). Disassemble your arcane boots, pick up the dropped energy booster, and then pick up the dropped Boots of Speed. Then buy the

After both Blademail and Octarine Core, I usually go straight for finishing up the

Boots of Travel, because Leshrac really needs the movespeed for chasing in the mid-late game. But going for

Lotus Orb first is also viable. If half the enemy team doesn't have powerful single-target spells or has Black King Bar (which isn't too rare), lotus orb is pretty useless, so you should skip it, and probably buy a

Eye of Skadi, because you're in for a rough game.

Veil of Discord is just a little bit stronger than the other magic damage items, plus it works on allies' magic damage. But unlike the other items it's active, so if for example another enemy comes into the fight after you use it, you're stunlocked before you can activate it, or if it's dispelled, it won't work. So its damage is unreliable.

Aghanim's Scepter simply gives your ult more damage. But unlike the other items, it gives 400 health.

Radiance is weaker than the other magic damage items but affects enemies in a larger radius.

Eye of Skadi gives 750 health, lots of mana but only a little regen, a slow for chasing, and 4 armor. I intentionally left out both

Heart of Tarrasque and

Shiva's Guard because Skadi is better than both items for this build. Heart's regen is wasted on a lifesteal build, and Shiva's armor is mostly wasted on a blademail build (plus it doesn't pierce bkb). This is a really good item because it gives tons of health and a bkb-piercing attack-speed slow.

Ghost Scepter are a waste, since they prevent your enemies from getting hit with blademail. If you desperately need to counter that

Ursa a better option is probably running away with a

Force Staff. And if a force staff fails then one of these items probably would too. Try a skadi for tons of health.

Eul's Scepter of Divinity gives movespeed and helps you chase and/or delay a death in teamfights. It can also be used with Split Earth for a reliable stun. Plus, your ult still works while you are cycloned.

Force Staff is your best initiation item, because it's versatile and gives you mana. You don't need a "dedicated" initiation item like Blink Dagger because you have DPS instead of burst damage. This is a really good item because it gives you so much mobility which you desperately need.

If you are solo pushing, you should always have a way to teleport out. I usually carry

Town Portal Scrolls anyhow, but with Leshrac I make sure I always have one (unless of course I have

Press s while casting Split Earth if you know you're going to miss. That helps out a lot.

This build is mainly countered by tanky and/or lifesteal carries. An

Ursa with a really won't care about your blademail, nor will anyone with a

Black King Bar or a

Satanic. The best way to counter this is to buy a

Force Staff and gtfo, but you could also buy an

Eye of Skadi for the bkb-piercing slow.

I actually think that

Octarine Core are mediocre on their own. Both are weaker variants of blade mail and bloodstone, respectively, and are rarely core. They're only core in this build because they synergize with blademail so well.

Necrophos uses a variant of build. However, in my opinion only Leshrac is great with this build, because he's the only hero with a built-in radiance. He deals high DPS even if he has few items or is stunned, so if someone next to you tries to stun you while you have Lotus Orb active they take massive damage.

Zeus and Outworld Devourer there might be a good variant of this build.

You can find a modified in-game version of this guide here, or look up the guide of the same name in-game.

LESHRAC 7.30 BY DUCAN - RESUMEN
By on May 20, 2022
Featured Heroes
Primal Beast
The Ageless Hunter