Hello Dota 2 players! I'm back from my

Templar Assassin guide and this time I'm writing a guide for

Lina is one of the best nukers in the game and excels at bursting down heroes with her arsenal of spells.

The sibling rivalries between Lina the Slayer, and her younger sister Rylai, the Crystal Maiden, were the stuff of legend in the temperate region where they spent their quarrelsome childhoods together. Lina always had the advantage, however, for while Crystal was guileless and naive, Lina's fiery ardor was tempered by cleverness and conniving. The exasperated parents of these incompatible offspring went through half a dozen homesteads, losing one to fire, the next to ice, before they realized life would be simpler if the children were separated. As the oldest, Lina was sent far south to live with a patient aunt in the blazing Desert of Misrule, a climate that proved more than comfortable for the fiery Slayer. Her arrival made quite an impression on the somnolent locals, and more than one would-be suitor scorched his fingers or went away with singed eyebrows, his advances spurned. Lina is proud and confident, and nothing can dampen her flame.

So that's Lina in a nutshell for you.

Laguna Blade has a dramatically shorter cooldown than

Terrorblade and his pesky

Eul's Scepter of Divinity
-Dependent on kills and


As you can see, there are more pros than cons.

The Skills of the Firebrand

LAGUNA BLADE (Ultimate): Fires off a bolt of lightning at a single enemy unit, dealing massive damage.
Cast Animation: 0.45+0.7
Cast Range: 600 (Talents 725)
Effect Delay: 0.25
Damage: 450/650/850
Cooldown 70/60/50 Mana 280/420/680
Upgradable by Aghanim's Scepter. Changes Laguna Blade's damage type to Pure, and allows it to slice through spell immunity.
Partially pierces spell immunity. Cannot be cast on spell immune enemies. Attempts to damage if target turns spell immune during the delay.
Can be cast on spell immune enemies when upgraded.
Blocked by Linken's Sphere. Blocked upon cast. Particles still visually appear.
Modifiers
Debuff Laguna Blade: Undispellable.
The air around Lina becomes so intensely torrid that it scorches a foe that came too close with white-hot lightning.
Notes:
Laguna Blade's damage is delayed by 0.25 seconds, so it can be avoided by turning invulnerable or hidden after cast.
Cannot be disjointed.

Fantastic Abilities and how to use them

Dragon Slave
This is

Lina's bread and butter skill. Once you have your mana regeneration up and running (about the time when you have your

Eul's Scepter of Divinity), use this to harass enemy heroes and farm up creeps.

Dragon Slave also has a MASSIVE cast range and travel distance. At level 4, it does 320 magical damage. That's nearly enough to one-shot the ranged creep and the back. Once you've got the 6% spell amplification on the Talent-Tree,

Dragon Slave does exactly 339.2 magical damage. Spam this skill whenever needed, provided its short cooldown and decent damage. Also, it has a short cast time, so use it wisely in chases and ganks.

Light Strike Array is an AoE stun of 2.5 seconds when maxed. Unlike

Dragon Slave, it has a miniature cast range and needs half-a-second to cast. It is very easy to miss. Remember, casting

Lina one stack of

Fiery Soul, so you can actually get more out of the stun than other disablers. Also, it is an AoE that stuns in a circle. Some people need the

Eul's Scepter of Divinity to land the stun whereas others don't. The reason why I include the

Eul's Scepter of Divinity in this guide is because it gives you great mana regen, nice movement speed and a better disable in chases and ganks. I buy it purely for that reason and not for landing her stun. If you do use it to land

Light Strike Array, that's fine. The cyclone from the

Eul's Scepter of Divinity is 2.5 seconds. Count to two as soon as you've cast the cyclone and then immediately cast

Light Strike Array. The other way to land

Light Strike Array is to just simply predict the enemy movement, whilst staying behind some trees or something. Practice makes perfect!

Fiery Soul
This passive is very important to

Dragon Slave is so spammable, you'll be gaining a lot of stacks of this. Combined with a

Divine Rapier, you'll be having a lot of fun with this passive. Although

Lina is a nuker and is not designed to be a right clicker. Although her damage output should synergize with

Fiery Soul, you should prioritize her nukes above this.

Lina's ultimate is very simple. You either use it to take huge chunks of health of the enemy's carry, use it to instantly finish off squishy heroes and supports, or killsteal with it. There's a difference between killstealling with

Laguna Blade and finishing off weakened heroes. At least contribute to taking down an enemy before using

Laguna Blade. Watch out for

Blade Mails. In the early game,

Laguna Blade does 450 magical damage. You can use it in mid lane to scare off heroes like

Shadow Fiend who are squishy. A fun thing you can do is burst down

Lina much needed stats and damage. If you think you'll get harassed a lot in mid, buy

Tango or ask for

Tango (Shared). Don't worry if they don't want to share their

Tango, buy it yourself. Remember, this guide is targeted to build

Lina as a carry. If you do buy your own

Lina) Try and take the

Bounty Rune as you're the carry.

Arcane Boots
TOTAL= 1300 gold
These boots are all yours. They give 5 more movement speed than the average

Power Treads, increase your mana pool and give you an active effect: restoring mana. This is not only a benefit to you, but your team.

Lina is not focused on right-clicking like other carries, but on spell usage. This instantly rules out

Power Treads as an option of boots.

Phase Boots damage is nice, but refer back to what I just said. If you are getting chased with the

Dragon Slaves (assuming you have

Fiery Soul) to get your speed going.

Eul's Scepter of Divinity.
I buy

Bloodstone for the extra hp and extra 9hp/s health regen. That mostly fixes

Lina's squishiness problem. The mana isn't needed as much but is still nice. Deny yourself if needed.

Dragon Lance is nice as it gives

Lina already has a massive attack range of 650 I think? The extra range is nice and upgrade it into a

Hurricane Pike if you don't want a

Hurricane Pike(I will talk about

Now before anyone argues that this is way too much to farm, consider the following:

Lina is a hero that relies on kills to be successful. If you aren't getting enough kills early game, chances are you're going to fall off pretty soon. Join in ganks as much as possible and try to get some kills going.

Ethereal Blade is a good pickup as

Ethereal Blade will amplify your spells by 15% for 3 seconds. Also,

Lina's intelligence is ridiculously high, so the attribute multiplier will do a lot of damage too.

Aghanim's Scepter is for countering

Octarine Core is nice as it lowers cooldowns and gives attributes.

Divine Rapier can change games. It is recommended by others to buy a

Divine Rapier when you're losing bad, so things can't possibly get any worse if you drop it. I'm not disagreeing, but think about

Lina in the late game. The opposing team is most likely to have a tank such as

Pudge and your spells will barely scratch them. Some heroes will have about 2k hp. Even

Laguna Blade is starting to lose power as the enemy gains strength. Don't rush the

Lina. Don't get it as a last slot item if you're fine with skipping

Hurricane Pike. The bonus damage provided by the

Lina up, especially with the maximum

Fiery Soul charges. If you do drop it, don't worry.

Lina's specialty involves 1 on 1. Use

Light Strike Array first and within the stun, cast all of your other spells and right click.

This is also for those boring and draggy games. Buying a

Divine Rapier can make everything as fun as it was early game.

Light Strike Array damage is a must. When you equip the

Bloodstone and get kills, you'll take off a lot more than 25 seconds respawn time.

Lina is more reliant on spells. The attack range isn't as important, but still useful.

Fiery Soul choice is better and I did mention that

Dragon Slave does 320 damage at level 4. With

Octarine Core and the

Dragon Slave talent, you can spam

Dragon Slave every 3 seconds. That's delivering 320 damage per 3 seconds! With your right-click and spells, you will do a ton of DpS. The other option isn't bad, either.

Lina also has the ability to cancel channels with

Lina is easily killed by these heroes:

Lina is weak against tanky heroes and heroes that can counter her spells.

TOP/BOTTOM LANE:
The major setback with this lane is the shared XP and gold.

Dragon Slave is good for harassment, but it won't be very useful when you don't have the mana for it. As I have mentioned before,

Lina is good at 1v1 combat. During rune rushes, you will be able to quickly burst down targets without the help of a teammate if you pick mid. Unless if you have a pure mid-laner on your team such as

Lina, in my opinion, is suited for mid lane. Her right-click harassing is decent and you will get solo XP and farm. Your goal is to hit lvl 6 and get

Laguna Blade ready for ganks. Get Eul's Scepter of Divinty ASAP after you have your

Arcane Boots. This will keep you supplied with mana. Remember that

Lina has a horrible attack animation and the creeps are probably going to hit each other a couple more times before the projectile finds it's mark. Also, some of your attacks are going to miss. Try and figure out your own strategy for last-hitting with

Help! I failed to carry!

Lina relies on levels and items to be useful. And there are always going to be those frustrating games when things don't go your way. Hey! There's a place called the jungle.

Ethereal Blade and try out a

Shadow Blade. Pick up the runes on your side and then pick up the other ones whilst activating [{Shadow Blade]]. Sell it later when you have farmed up. Kill neutral creeps and enemy heroes when possible.

Sometimes, things get really bad and you can't carry

Lina no matter how hard you try. Try a support

Lina! I won't go over it in this guide, so be sure to check out support

Lina guides if that's how my build is ending you up.

Thanks for reading this build on

Lina, I hope it will help you when you play as her. I am planning to start a 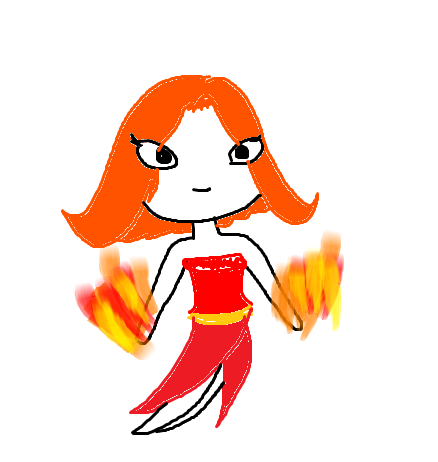 Smexy's Guide to Lina
By on April 4, 2020
Featured Heroes