Welcome to Sneaky Beaver's guide to Anti-Mage! Anti-Mage is probably my favorite hero because of his ability to truly carry his team, being more than just the primary damage dealer, but rather making the decisions that will win you the game for your team.

This guide is meant for beginner-intermediate players, or just anyone who wants to know a bit more about AM.

The monks of Turstarkuri watched the rugged valleys below their mountain monastery as wave after wave of invaders swept through the lower kingdoms. Ascetic and pragmatic, in their remote monastic eyrie they remained aloof from mundane strife, wrapped in meditation that knew no gods or elements of magic. Then came the Legion of the Dead God, crusaders with a sinister mandate to replace all local worship with their Unliving Lord's poisonous nihilosophy. From a landscape that had known nothing but blood and battle for a thousand years, they tore the souls and bones of countless fallen legions and pitched them against Turstarkuri. The monastery stood scarcely a fortnight against the assault, and the few monks who bothered to surface from their meditations believed the invaders were but demonic visions sent to distract them from meditation. They died where they sat on their silken cushions. Only one youth survived--a pilgrim who had come as an acolyte, seeking wisdom, but had yet to be admitted to the monastery. He watched in horror as the monks to whom he had served tea and nettles were first slaughtered, then raised to join the ranks of the Dead God's priesthood. With nothing but a few of Turstarkuri's prized dogmatic scrolls, he crept away to the comparative safety of other lands, swearing to obliterate not only the Dead God's magic users--but to put an end to magic altogether.

Skill Build
The skill build above is an example of the 'BurNing' build, generally it involves getting one point in your Q, W, and E skills then focusing on stats, and maxing blink by the time you have a battlefury, which tends to be around level 12. The point if the build is to give you more HP to survive early game, though you sacrifice damage from mana break, and in some cases taking more points in spell shield may be more efficient for survival dependent on the situation.

-Passive which is great in lane, and is a pretty big damage source in the mid game, especially since your illusions get it.


-Simply an amazing skill, it's the best escape skill in Dota, allows you to chase, maneuver, and doge spells effectively in teamfights. As well as allowing you to clear the jungle faster than any other hero in Dota. Another note is that it's easy to practice tread switching with blink :D.


-Passive spell resistance, this combined with antimage's high armor from his agility gain can make him a complete tank in the late game. However because of its low scaling with levels it's usually more useful to level stats after you put one point into this.


-A fairly devastating ult when used correctly in a team fight, make sure to check the mana levels of enemies with high mana pools, then cast this on them when they're near their allies. Some heroes which generally make prime targets are heroes like Leshrac, Storm spirit, Shadow shaman, Lion, Enigma, Lina, and Tinker, as well some others. Level this up as it becomes available as it scales very well with levels.
Top

Healing Salve: This guide shouldn't have to explain to you why you need this.

Iron Branch: Refer to the above statement.

Stout Shield: Helps minimize harassment as well as negating a ton of creep damage while they attack you under your tower.

Quelling Blade: An alternative to a stout shield, it's not a terrible option, but it's much better to learn how to last hit well without one and grab a stout shield.

Slippers of Agility: a great stat item for an agility hero, and getting it as a starting item along with a stout shield gets you only 150 gold from that ever so precious poor mans shield.

Note: You obviously cannot buy all these items, you have to decide which items you need depending on the situation you may be in. Lately I have been buying a tango, salve, stout shield and slippers just for a quick poor mans sheild.

Ring of Health: Builds into battlefury as well as providing lane regen which helps you to win lane against most other solo offlaners.

Boots of Speed: Despite having 2 feet, buying 2 boots gives Anti-mage no benefits other than raiding his yolo-level, so you should probably only but one.

Power Treads: Best boots for Anti-mage, you should finish upgrading these before finishing your battlefury 95% of the time.

Poor Man's Shield: Generally a good thing to grab because you need a stout shield anyways

Battle Fury: Helps you farm faster, push faster, gives you solid damage, lets you regen mana for blinking through the jungle. The fastest you'll be able to get this is 10 minutes if you get every single cs and 2 towers, but the average for a freefarm lane should be 15 minute for a battlefury and treads, providing you haven't been ****ed around with too much. If you cant get it by then, try to get it in under 20 minutes at least.

Black King Bar: It's a BKB yo, dodges magical stuff like stuns and all that. I shouldn't have to justify this purchase, despite AM's natural resistance to magic damage.

Vladmir's Offering: The lifesteal from this adds greatly to AM's survivability mid game, the armor aura helps you push towers more easily, and you get a bit more mana regen I guess. The real advantage you get from this is your ability to solo rosh dependent on your current items. You can solo rosh with vlads+battlefury+treads under the 20 minute mark, and if you add a yasha to that you can solo rosh by 30 minutes.

Heart of Tarrasque: Gives you lots of HP and the regen is great, but generally a BKB or Vlads is much more cost efficient, although it is useful if you need to survive through a lot of pure damage from a hero like OD. I will however recommend it to newer AM players simply because of its simplicity.

Abyssal Blade: Big damage output, a bit of HP, and an insane active/passive for the lategame when you want to kill people instead of creeps.

Note: When I say situational, I mean really situational. I have probably only bought these in under 5 games each but they were worth it in those cases.

Assault Cuirass: A possible alternative to a Butterfly if the enemy team happens to have 2-3 mkbs... Btw the kunkka had 2 divine rapiers....

Hand of Midas: For when you want MAXIMUM PROFIT.

Shadow Blade: For when you desperately need something extra to help you split push.

Tranquil Boots: Depending on your lane, these boots may help out your game significantly.

Linken's Sphere: Despite it theoretically being great on Anti-mage, it tends to be outclassed by other items 99% of the time. Though I'm sure there are cases where it can be useful.

Monkey King Bar: Incredibly awkward to buy on Anti-mage, but in some cases you may need it against heroes like Troll, KotL, PA, or Brewmaster.
Top

Laning: Farm creeps, harass heroes, win lanes, AM does it all. Be sure to get as many free hits off on heroes as you can, because with mana break it hurts that much more. Most important thing here is to not die, keep an eye on the minimap at all times. Remember, getting a few last hits is not worth dying over.

Early-Mid Game: Keep on farming, you shouldn't be expected to do much in the way of fighting AT LEAST until you get your manta style up. Here you should continue to play intelligently, split push, don't throw away your advantage, and remember that the most important thing to do is to not die, and get farm.

Mid-Late Game: Once you have your manta, guess what, you should keep farming. However here is when split pushing becomes easy. With AM's low BAT and high agility gain, his manta style illusions rape buildings FAST. However you still should continue to maintain your advantage and don't do anything too stupid. Remember, dying is still pretty much the worst thing that could happen, so don't do it.

Late Game: Split pushing should be your main priority here, while AM is a great hero killer, he's even better at killing buildings. Often times the best thing to do is to split push while a teamfight is occuring, and keep pushing until a certain objective has been reached (ex. taking down a T2 tower or melee barracks) and instantly TP'ing back when everyones spells are probably on CD and their mana is low. This often results in a fantastic Anti-mage ultimate, a won teamfight, and damage to the enemies base. The timing of this takes experience, and you may **** up and get your base destroyed with the enemies untouched, so it's probably safer to TP earlier rather than later if you're not confident in how fast each team will push. Protip: Don't die.

General tips: Don't die, working on farming faster at all times, however farming safe is better than farming fast if you're vulnerable.

I started playing Dota 2 around August 2012, and despite being very new to DotA, as well as only being 15 years old, I have learned the intricacies of the game very rapidly. Now when I solo queue I play solely in the 'Very High' skill bracket, have randomly matched with many pro players, and I attended TI3, as a spectator of course.


My favorite heroes are the ones who can pretty much win the games without their teams help, i.e. carries, but there's more to it than that, rather than just heroes who scale well, but also don't necessarily need their team to do things like win their lane, split push, or farm safely. Some examples of these specific heroes are Anti-mage, Lifestealer, Lanaya, Storm Spirit, Lone Druid, and Morphling to an extant. You can expect more guides like this for some of these heroes, however probably not soon... 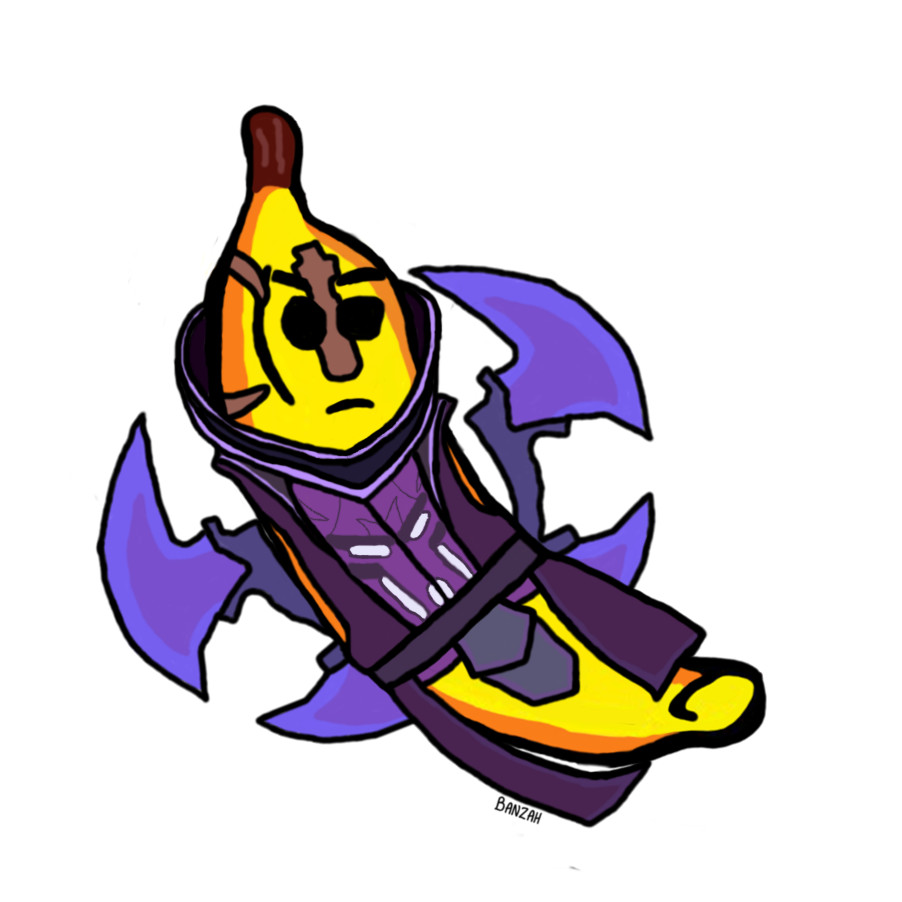 8/22/13 - Revamped the whole guide again, added an About me section, and this changelog.