We have strength in numbers

Spawning (2 branches or 1 branch and a clarity)

Use last slot for

We have strength in numbers

Hello and welcome to my guide about

Phantom Lancer. PI is an agility hard-carry hero, who is considered to be one of the strongest late-game heroes. He is also considered to be extremely frustrating to play against. He can splitpush really well, and clean up fights mid-game so he can just 1v5 the enemy team late-game. I also really love to pick him when I am on a loosing streak xD. He is a really fun to play, so enjoy the guide!

The remote village of Pole had no knowledge of the wars raging in the heart of the kingdom. For them, the quiet of spear fishing, and a family meal were all that a full life required. Yet war came for them nonetheless. Joining the able-bodied conscripts as they filed past their homes, the humble lancer Azwraith vowed to bring peace to his kingdom, and in so doing, his people. Placed with his kin in the vanguard of the final assault against the Dread Magus Vorn, the cost to his fellows was absolute. As the charging force battled toward the fortress, Azwraith alone among his kind remained standing, and he alone was able to infiltrate the keep. Focused and infuriated by the slaughter of his brothers, Azwraith bested each of the wizard's deadly traps and conjured guardians. Soon the simple fisherman arrived at Vorn's tower sanctum. The pair dueled through the night, pike to staff, as chaos raged below, and with a deafening cry Azwraith pierced his enemy. But the wizard did not simply expire; he exploded into uncountable shards of light, penetrating his killer with power.

As the dust settled and the smoke of combat began to clear, Azwraith found himself standing among a throng of his kin. Each seemed to be dressed as he was, each seemed armed as he was, and he could sense that each thought as he did. Aware that his allies were approaching, he willed these phantoms to hide themselves, and one by one they began to vanish into nothingness. As the soldiers came upon the sanctum, they found the warrior that had bested the wizard. When they approached their champion, the lancer vanished. The pikeman who had stood before them was no more than another phantom. The real Azwraith had fled the field, ashamed of his anger, heartbroken at his loss, and all the more determined to ensure peace for his people through the wars to come. 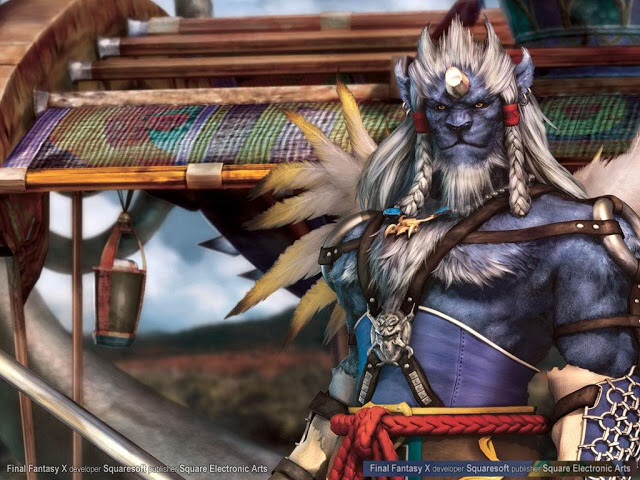 (Credits to the maker)
Top

1) Go on the safe-lane
2) Buy and farm the items on the lane. When you got some mana regeneration going use your Q to push.
3) When the lane is unsafe farm in the jungle, when there is early fights going on go push towers.
4) When you got your

Diffusal Blade and possibly a

Reaver go fight.
6) Try to win a teamfight, get some towers and claim your

Aegis of the Immortal
7) From now on use Q before teamfights, and right click your way to victory. Pushing towers should be easy now.

While his skills offer very little early on PL has a nuke and an escape. Having said that, he can have more impact than an

Medusa early on. While his skills offer very little early 10 illusions and the real PL hitting a hero is devistating later on. Let's now look at his skills. Mouse over the skills if you want

: This is your main nuke and slow, while the damage is not great the slow is pretty decent and making an extra illusion really quick is very valuable. While your mana isn't sufficient to spam this skill all over the place (unless you have a KOTL) this can and should be spammed mid game or when trying for early kills. Late game use this on the enemy supports to kill them off, because they won't be able to kill the illusion quick enough.
doppelwalk: This is your escape that can allow you to get away from sticky situations. This is very unreliable as the enemy can buy a dust and counter the invis. Later into the game when survivability isn't a question you can use this to create an extra illusion.

:This skill makes you scale like an absolute monster into the late-game, it gives you a chance to create illusions that deal a portion of your damage, but take a lot more. The best way to maximize the rate of illusions spawning is to get attack speed, the best attack speed for PL is of course agility, so stack a lot of it and you get more and stronger illusions. If you opt to go for

Diffusal Blade keep in mind your illusions also get the return and the burn damge.
phantom edge:Your ultimate ability gives you a chance to make illusions of your illusions, this makes even more damage for you late into the game. Keep in mind it also gives you magic resistance, so you have less problems with aoe.

Iron Branch and a

Clarity:
This starting item build gives you enough regen to survive in the lane and the stout shield can give you a lot more EHP early on. PL has very hogh damage and damage gain, so you aren't in the need of that much stats. I prefer to take 1

Clarity if my lane partner isn't KOTL to at least try to keep my mana up.

Magic Wand and a

Town Portal Scroll:
With your first gold you should look to get a poor man's schield to give you a little more damage block, damage and almost 1 extra armor. PT is the best boots for PL in the early game, because he benefits a lot from the extra stats (that you keep on strength) and attack speed, but should be sold later to get a

Boots of Travel. A

Magic Wand or at least a stick should help you in the lane. It will also help you later in the fights, and a full charged wand should give you enough mana for your Q or W. An early TP scroll should also help escape ganks, or to help your team and clean up a kill. Carry items

Diffusal Blade pickup is going to give you a lot of damage and mana burn on your illusions. The extra agility that it gives is also great, but the purge is where it's at. People won't run from your illusion army, but only upgrade it when you are out of charges. Next you should pick up a

Heart of Tarrasque. PL is a very low hp hero, and while your illusions do a lot of damage you don't have any survivability. The regen is also very useful, because being low hp limits the power of your illusions. A

Manta Style will give you nice stats and help you set up or increase the amount of your illusion army. The

Butterfly will make your illusions a real danger while increasing their EHP by invasion. At this point get the

Aegis of the Immortal,

Daedalus:
When you already have your carry items getting an aegis can easilly win you a teamfight. You will be so hard to kill that the enemies (who need to blow everything at you to trigger the aegis in the first place) won't be able to fight a good fight and you will be able to clean up. An MKB is a really good damage item, but that is not what you get it for. If the enemy has a likely envasion hero (void, am, spectre, medusa or pa) you can easilly counter their big item. The

Daedalus pickup is to get you (and your illusions) more damage, but keep in mind while your illusions do get the crits the red numbers above the enemy is bugged.

Radiance can be a great pickup if you can get it very fast. It helps with farming and killing enemy heroes since your illusions do carry the aura, which doesn't stack by the way. The problem I see with this item is it having a really bad buildup, has to be rushed, no stats and huge cost. 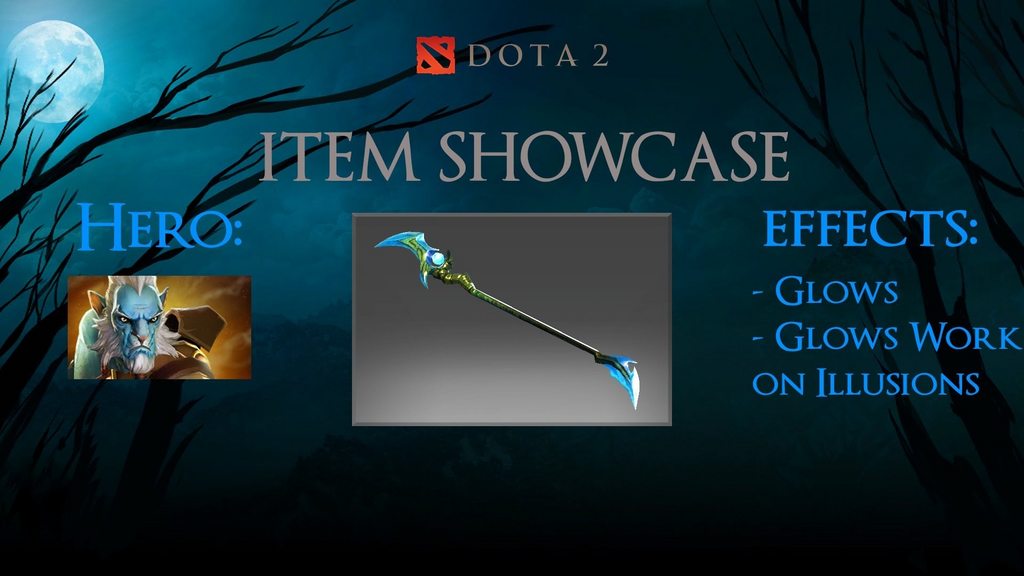 (Credits to the maker)
Top

Of course PL has many more friends, but these are my personal favorite, and the ones I see him work with quite well.

Keeper of the Light: KOTL for short is probably the best teammate PL can wish for. He can supply him with mana to spam

Spirit Lance and turtle like no other. He can also recall you from your splitpushing quest.

Dark Seer: This hero can win your team a lot of fights while youare farming, late-game it also gives you less trouble with the enemy carry.

Magnus: These 2 win teamfights like no other. These heroes are MADE to give you enough space to farm.

Shadow Demon: He can save you, disrupt the enemy carry or start your illusions very quickly.

Crystal Maiden: Her supporting and babysitting abilities are unmatched. Her aura is also a good replacement to KOTL's chakra.

Tidehunter: His ult is a huge disable, if you ever happen to catch more than 3 with it you can clean up the fight.

Shadow Shaman: He is great at supporting, but his push is where it's at. With your army and his wards say goodbye to towers.

PL also has made a lot of enemies for different reasons, mostly because he hates aoe, but these heroes stand out as counters.

Kunkka: He is a great ganker and if he gets lucky he can wipe your illusions with 1 cleave. He is the biggest counter to you.

Gyrocopter: Kinda like Admiral, but he is less anonoying and easier to kill. He should be food later into the game.

Sven: This guy is a nightmare. You probably aren't gonna win because of his huge cleave crits.

Medusa: She can wipe your illusions with her ult and has decent aoe, but you can also kinda counter her mana with your diffusal blade.

Magnus: His ult disables you and your team(of illusions) and gives cleave to the enemy carry. Try to bait him with your illusions.

Earthshaker: His ult wipes your team, it's as simple as that.

Dark Seer: When you go trough the wall kill your illusion or your team gets wiped with it.

thanks for reading my guide, I will update it soon. If you have any suggestions or want to help me with spelling errors than feel free to tell me.