How to get out of 2k

This intro is in this color because GOLD. And GOLD is what you need in order to dominate every game as alchemist. Luckily, your third skill, GREEVIL'S GREED makes you the most wealthy hero among all.

To properly play this guide you need two main things:
1) Be a GOD in last hitting.
2) Follow #1
Though there are more aspects to consider in playing Alchemist, being good at last hitting outweighs all just like all cores and carry heroes. If you are no good at this, then try to practice more because no matter how i make this guide as detailed as i could, it would not help you if you can't do at least the basics.

In contrast to popular meta, this guide focuses on babysitting alchemist in SAFELANE.
Which means that if you are DIRE you get the top lane; or the bot lane for RADIANT
This is simply because alchemist is easily countered in midlane by almost every midlane hero, and would frequently require you some assistance from either sidelanes to get a kill.

If you happen to not have hands fast enough to declare your position in the safe lane, don't pick alchemist anymore and just adjust, just like how a good DOTA2 player should be O:)

PROS:
1) This almost ensures that you will get fat.
Being in safe lane; and due to this being an unpopular meta, most people would think that you are just one of those noob c*nts in SEA server. But, oh boy they are so wrong.

3) You are very near to bounty rune spawns.
Your 3rd skill has another passive which grants you a whooping 2.5x gold multiplier gained from bounty runes.

4) Given the right circumstances, you can get your battle fury in LESS THAN TEN MINUTES.
And, at around 20 minutes or earlier if you're lucky (no deaths or harassment), you should be able to farm your next luxury item: Radiance.

5) An Alchemist with luxury items at 20 minutes is almost synonymous to +25 mmr. Just farm well, push when you have space, and avoid dying.

CONS:
1) Being in safelane does not always guarantee safe farming.
Early game Alchemist SUCKS. You do not have anything to protect yourself from damage (except the stout shield you bought), plus having no real escape mechanic makes you an easy prey to hard hitting offlaners. This is the biggest problem you'll face when playing safe lane Alchemist. If possible, persuade your team for a tri-lane just to ensure that you can farm safe and sound. Getting a little delay

2) You are no match against a true 6 slotted heavy carry hero. 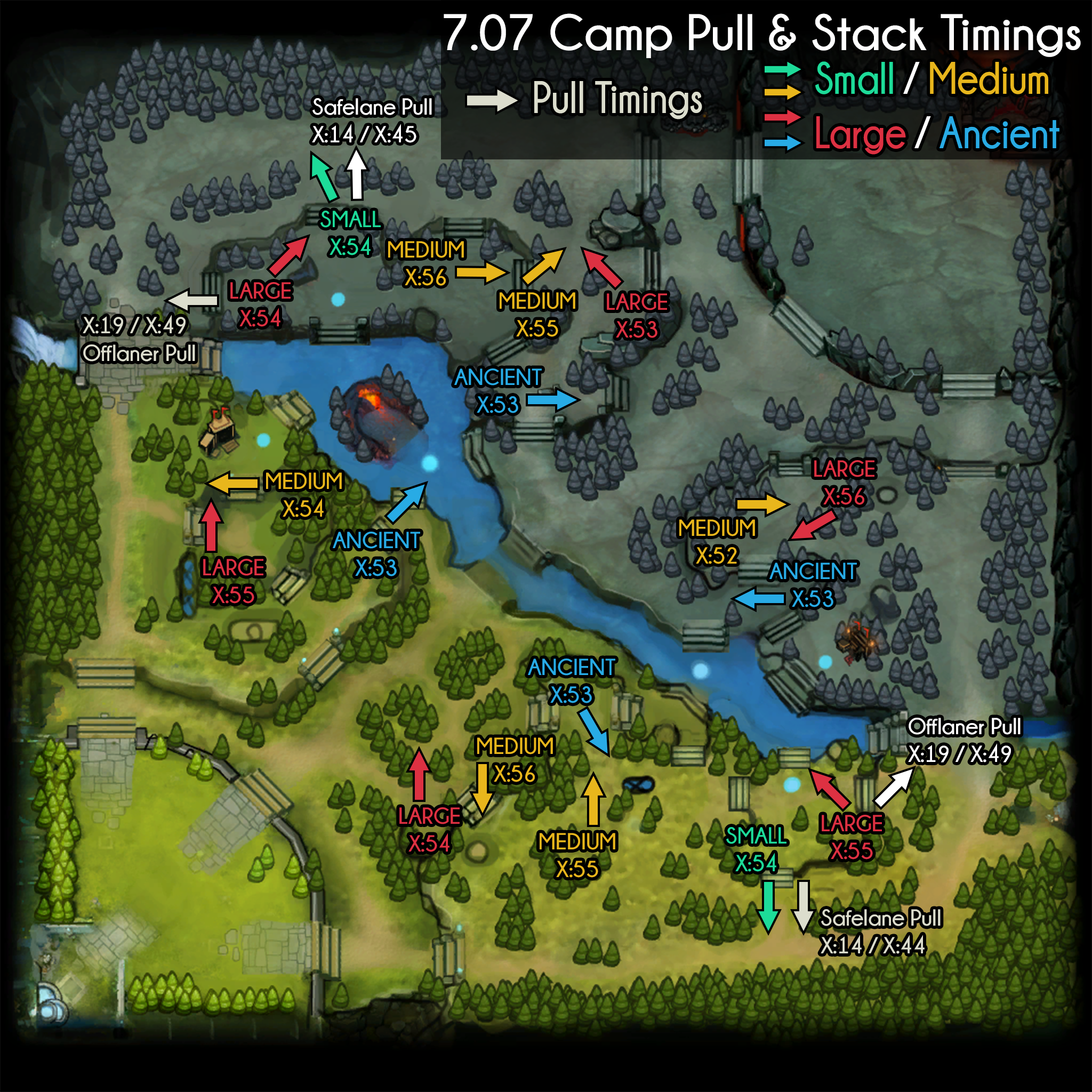 How to stack for alche:
1) Teach the player the basic mechanic how to stack (which is just basically hitting a neutral and running away).[/color]

2) Know what time to stack.
- Keep in mind that Alche gains more gold when killing weak units in a short period of time rather than spending a minute or two against strong units due to his passive. Being said that, the small camp should be prioritized in getting stacked rather than the medium camp.
- Stacking time for small camp is at 54 seconds. Hit the neutral when the seconds timer ticks that number and run. Be aware of your lane creeps as they will try to kill the neutrals if they see them. To avoid this, just run towards any other path away from your lane creeps.

3) If you happen to have no friends which is common for DOTA2 addicts, and could not manage to get a support, stack it yourself.
The trick is to preserve your acid spray, and cast the skill directly to the small camp at 53 seconds on the clock timer. Be aware of the 1 second gap as there is a slight delay when the first tick of damage is applied inside the acid spray. This method is not that recommended because you would need to step out of your lane to stack and stop from earning some KACHING, but still an undeniably good tactic to still get the early farm that a safelane alchemist needs.

BONUS PART:
If you ever encounter a scenario wherein the small camp doesn't stack or spawn any neutrals, this just means that someplace near the camp is warded by the enemy. I don't know the reason behind this but I just discovered this when fighting against a legend ranked enemy.

I AM THE CARRY NOW

After getting your RADIANCE and boots, try participating a little in team fights. At around 25 minutes, there's only a few notable heroes who can survive getting soaked in your Radiance aura.

Abuse this advantage and remember; you are a GOD now and GODS show no mercy to pathetic fools. SMITE the imbeciles.

Always keep an eye on missing heroes and a̶n̶n̶o̶y̶ ask your support to always place sentry and vision wards on your farming camps. You may find the camps closest to you unsatisfactory anymore because you can clear them in a few seconds thanks to Battlefury and Radiance. In situations like this, I personally recommend teleporting to any lane that is too bully to your team and once again, SMITE the imbeciles.

The Perfect Alchemist
By on March 25, 2020
Featured Heroes