Hello u/PassivelyMassive from Reddit! I kinda made this guide just for you when you asked how to be at least decently proficient at the game.

Alright, so you know MOBA's and you might have definitely enjoyed League of Legends for some time and now you wanted to experience something new. Assuming that you pretty much know basically all the basics, this guide will tell you the THREE things that I believe is the most important stuffs to learn if you wanted to switch from LoL to Dota 2.

These three things seems basic. But they represent the most fundamental difference between League and Dota, and is the biggest reasons why League players are having a hard time getting accustomed to Dota 2.

Now let's get right to the chase.

NUMBER ONE : Neutralizing the Toxicity

This chapter will be short, but will be the utmost important thing anyone starting on Dota2 needs to learn.

I said in the intro that these three things represent the most Rosenthal difference between League and Dota, right? Well, maybe this chapter is an exemption. The toxicity is no different but they're definitely more potent.

On the top left part of the screen is the scoreboard. You can mute their audio if they use a microphone, or their texts if they don't. 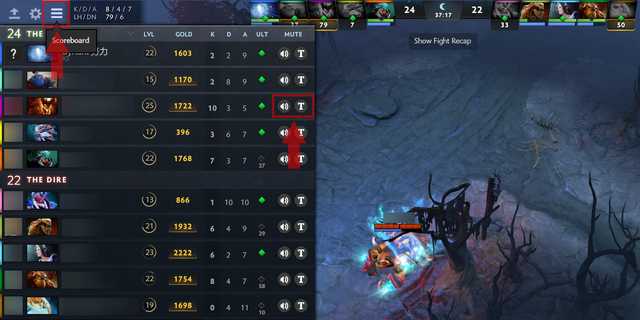 In Dota2, turning around takes time (turn rate), casting spells takes time (cast animation or cast points), and attacking takes time (attack point - League has this). This makes Dota feel really laggy for LoL players because they're used to have their commands work immediately as soon as they click the mouse button or a pressed a keyboard. This, I believe is the top 1 reason why Dota is unwelcoming to new players. The beginning of the learning curve should start here!

So League has a balance problem regarding ranged vs melee. most of their melee champs have some sort of mobility in one form or another be it dashes, teleports, or just a basic movespeed increase just to be relevant. Dota 2 does not experience this problem thanks solely to these command delays. It makes kiting a lot more difficult and definitely added a whole new dynamics.

Cast point - Each spells have their own delay. Spells with much longer cast points are usually more powerful than spells with shorter cast points, but that makes them harder to cast. Item actives experience no cast points.

Turn rate - Each hero turns around at different speeds to each other. This article expands on the importance of turn rate to the design of the game and I suggest you read it too.

Attack point - Together with Turn rate. These mechanics are felt the most during laning phase, and especially ranged heroes. Since "kiting" will be much much less efective.

Be patient with the command delays. It takes a lot of games to be fully accustomed to this mechanic and the only real thing you can do is be patient, don't get frustrated, just feel them as they happen and you'll understand the flow soon enough.

League allows its players to cast spells every time it's off cooldown and still has full mana. In Dota 2 where spells costs half your mana pool and cooldowns takes half a minute, your enemies can punish you hard for casting your spells wrong. This is the VERY reason why Dota is unforgiving to new players. There's very little room for error.

Magic Wand is an item in the game that, whenever a nearby enemy casts a spell, it earns 1 charge. Upon activating, the item heals its user for how much charges it has. This item counters spell spammers for a cheap cheap price. Not to mention that it's also a very common item to be recommended by the default.

Remain conservative, this is no longer LoL. If you just "spam" abilities because that's what playing league has thought you, abandon that. Only very few select heroes can spam like the champs in league and even then they have to deal with an enemy

Magic Wand. Every spell is a commitment! Every blow must be delivered with the intent to kill! 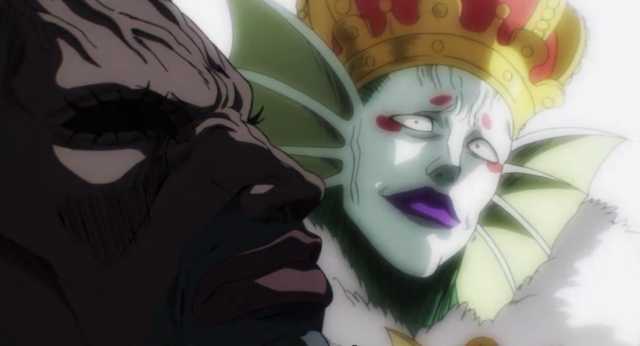 Support for Dummies
By caerulea on April 17, 2020
Featured Heroes