Items when you are Stacked

Items when you are Stacked #2

Hunter in the Night

Of the Night Stalker, there is no history - only stories. There are ancient tales woven into the lore of every race and every culture, of an impossible time before sunlight and daytime, when night reigned alone and the world was covered with the creatures of darkness creatures like Balanar the Night Stalker.

It is said that on the dawn of the First Day, all the night creatures perished. All, that is, save one. Evil's embodiment, Night Stalker delights in his malevolence. He created the primal role of the Night Terror, the Boogey man, and as long as there have been younglings, his is the specter summoned to terrify them. This is a role he relishes-nor are these empty theatrics. He does indeed stalk the unwary, the defenseless, those who have strayed beyond the lighted paths or denied the warnings of their communities. Night Stalker serves as living proof that every child's worst nightmare....is true.

It is also known that Night Stalker dwells in the shadows with Luna.

Hello my name is Pu12e. You may recognize me from HoN as the leader of the TaX CollectorS. Anyways I have moved over to Dota2 and I want to teach you how to go 51-0 as Night Stalker. 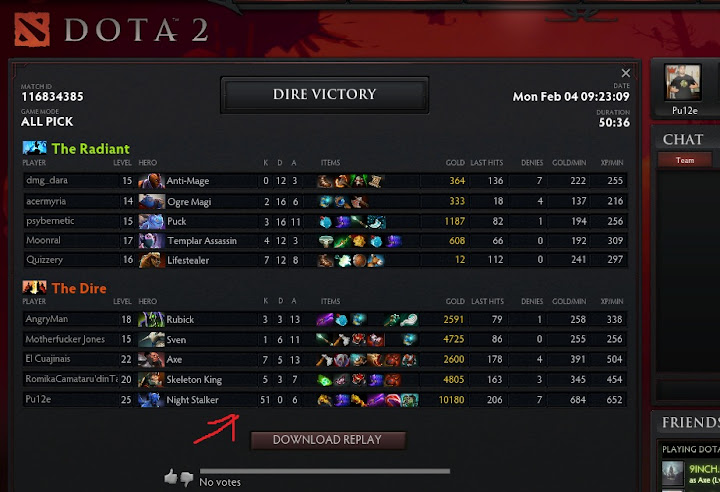 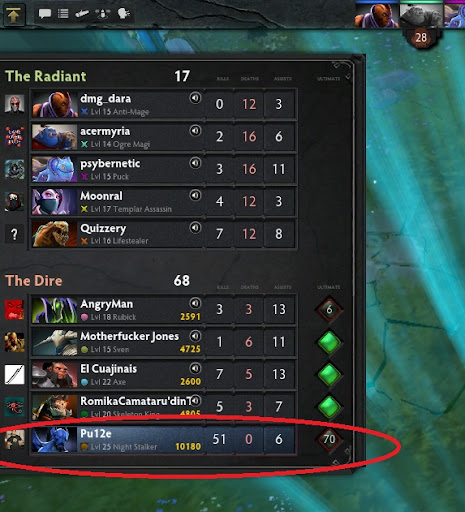 I strongly suggest watching the replay (116834385) of the game above for more insight on play-style.

Do not put a skill into Crippling Fear early on!!!

Hint: Use the solo mid or feed tactic.

After celebrating a wild party in the night you are weakened. Roaming is ineffective when its day (low movement speed), so lets go back to farming. You need it to get some items anyway. Here one of the lists I like so much:
- Go to a lane where you can get free farm
- Swap the lane if someone pushes the lane you farm at
- Go into the woods if you pushed too far and/or you think that someone will gank you. Use your Quelling Blade to stack creepspots. That is more effective than normal pulling because you don't get gold by pulling the creeps over a long distance to get them out of their spawn area. Here is a nice video that shows you a few farming tips: How to Farm

- You can activate Darkness like 1 time for pushes, teamfights, chasing or fleeing when its day if you still want to activate it every time possible when its night. Use this one time wisely.

You cant always avoid to be ganked. Here are a few steps to survive:
1. Who ganks you?
Example: Let's guess Vengeful Spirit, Shadow Shaman and Zues and it's day.
2. Is there any tactic they will use?
Example: Vengeful will stun first because of the high range. Shadow Shaman will stun after and you are dead.
3. Use your silence smartly. And cancel the animation. You don't have any time. Here a picture where you can already see Sven's Stormbold. But Crippling Fear interrupted it:

Example: Silence Vengeful and run away. Shadow Shaman won't get you.
4. After you have avoided to be chain stunned, activate Darkness and run for you life. Of course you shouldn't do this at night.
Example: The three still chase you and would get you when your silence ends. You have to carry this unnecessary wings with you and walking on hooves isn't that easy, too. You are simply too slow when it's day. So you activate Darkness and run away.

Tip: Use the fog if you can. You can juke fairly good, you could use your Quelling Blade for that.
You can find detailed description of juking and stuff like that here: The Forbidden Techniques

By the way: This is just an example. I didn't mention what would happen if Vs would use her ultimate or you wouldn't see them because of fog and her stun would hit you. You never know what will happen. Be flexible. Abuse the fog. Try to predict what they will do. I can't teach you that in a guide, you need experience for that.

After you waited so long, been forced to farm and never left the lane, just for this moment: The night begins. What do we do now?
1. Surprise your lane opponent with your suddenly gotten power if possible
2. Go back to the fountain to take your items if you didnt do this already
3. Tell someone to go to your lane and go roaming. Maybe some new player doesnt know what that is. Roaming is means permanent ganking without staying on any lane. Usually item independent heroes like Vengeful Spirit go roaming to give their team an extra solo lane and kill the enemy teams carry often enough to make him useless in late game. You arent item independent but you are incredible fast (you can gank one or maybe 2 times per minute) and you have some high damage nuke that is very effective against the low level dual laners and you dont have mana problems because you pass the rune spots often enough to get nearly all runes that spawn to refill your Bottle.

- Look which heroes you gank. Could anyone flee? Is there a hero that has some escape mechanism? Possible target the one who cant flee, like Traxex. Usually hard carries dont have very good escape mechanisms.
- (Use Darkness when its day)
- Use Crippling Fear on healers, stunners or on the target you want to kill when he has an escape mechanism. I cant describe that really good, you have to think logical for choosing a target that can let your gank fail.
- Use Void on the target you want to kill, hit him, Use Void again and then he should be pretty dead. When you have enough team mates with you, you can kill someone with burst damage. But when one hero will die anyway you shouldn't just lasthit with Void. Use it on another fleeing guy that you could get.

- Interrupt town portals with Void
- Dont chase into towers when you know that his mates will come to help him. If you know that they wont towers arent a real problem for you, just dont try to pass the tower again because some enemy heroes could have used town portal.
- Focus on ganking heroes that are strong in late game (carries). So you can avoid that they are too strong in late game. But you can simply run around the map in a and gank anyone you find ;). You have to use all night time you have.

Here three pictures that shows a gank. Nothing special but anyone likes pictures ;). Traxex didn't had any chance to flee.

Tip: Remember to look both ways before you cross the river.

Tip: Always carry a TP and use it for the quick kills

Tip: Always cancel your animations. Your casting animation has a huge backswing. If you don't know how to: Use "Move" straight after the target is silenced or takes damage. Balanar will stop this epic looking unnecessary animation.

Tip: If the other team is playing very safe and your teamates won't help you gank then just use that time to farm to get ready for dawn.

You arent that overpowered as in early game anymore because other carries grow stronger than you do. But you can be happy: After level sixteen Darkness lasts 80 seconds and has just 120 seconds cooldown. In fact you can activate it every time necessary. In late game your main job is fighting in clashes. Your greatest strength isnt just your great physical dps, it is also the tactical advantage of Aghanimns Scepter. No one can ambush you and sometimes your enemies dont know that you see them so that you can surprise them.

Here another short list how to fight in teamfights:
1. Stay in front of your team when your team pushes. Use Darkness, go near to cliffs and look out for the enemy team.
2. If you meet the enemy team, activate Bkb
3. Use you silence on heroes with dangerous non-channelling skills (e.g. Echo Slam). They could kill you whole team.
4. Wait for a dangerous channelling skill (Epicenter, Black Hole). Interrupt it with Void.
5. Attack and Spam Void, Recast Crippling Fear.
6. Do not run into the fountian at all costs.

The build in this screenshot can be used if you get bored with the build above. 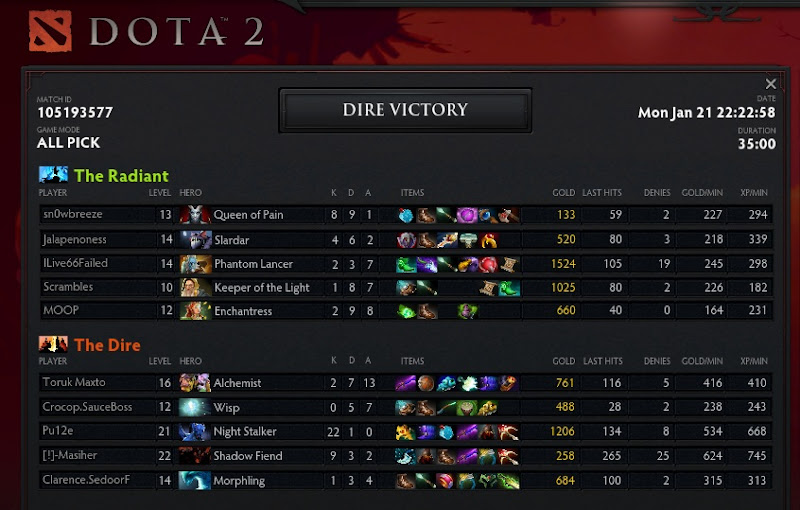 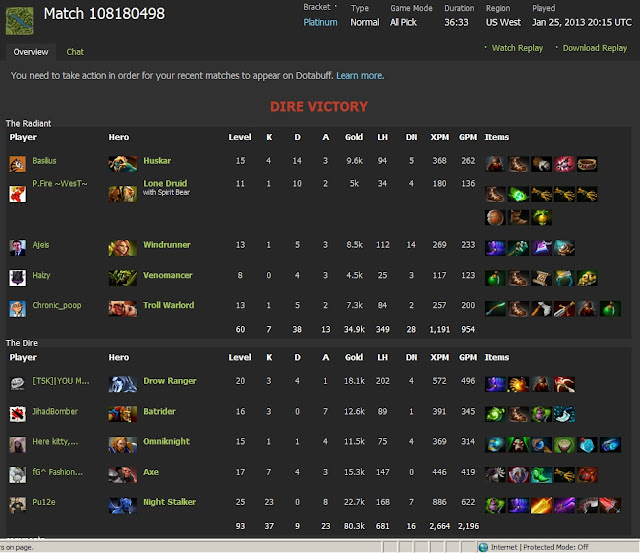 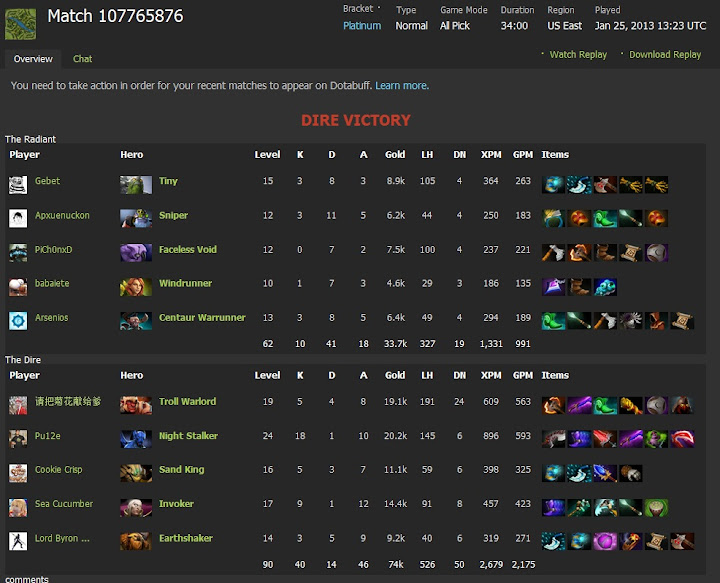 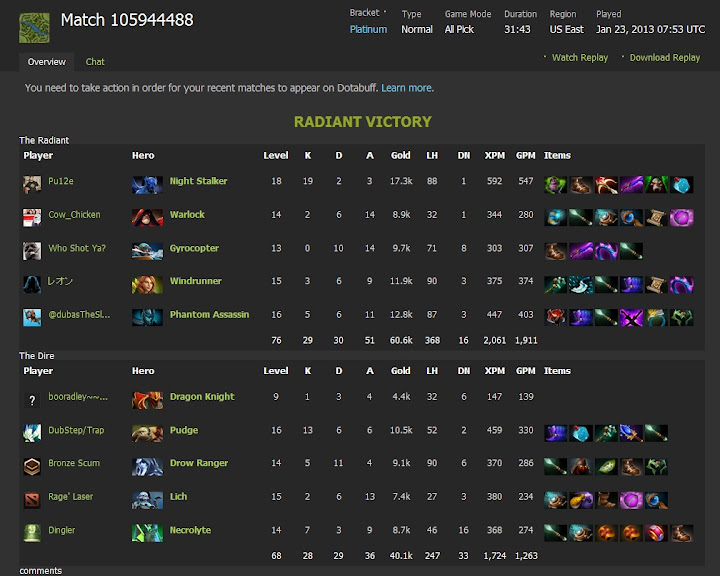 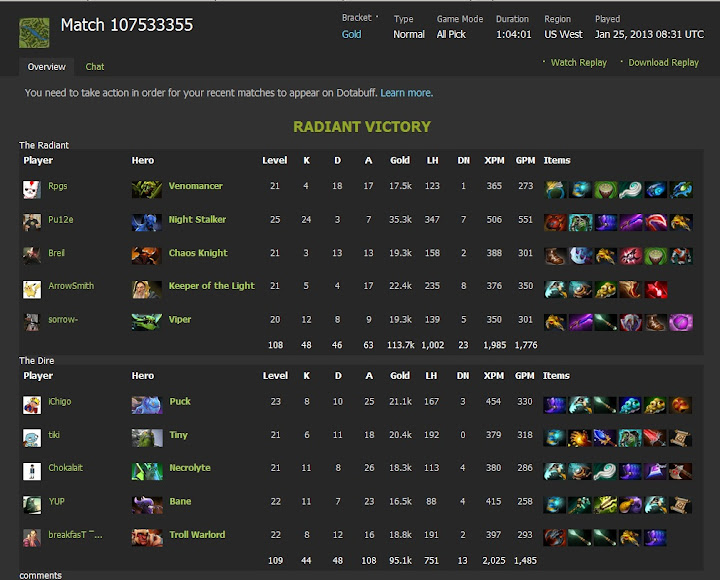 I would like to give a special thank you to FunnyWarfare and Balder for the information I referred to from their guides.