Start with: (quelling or stout ofc)

Here's AM stats and skills: http://www.playdota.com/heroes/anti-mage

The skill build is completely situation dependent. The contrast between the farm build and this build highlights that; build dependent on your situation. If you can kill people,

The key thing is that you are going to feel strong as **** right after vanguard; you are not. People expect strong AMs, and he scales even better than most carries with more items. If you don't farm up more, you will be baited into them and die.. even if you kill a support or two, this isn't worth it.

And in the beta, people ****ing hate you for picking this hero. He has the biggest reputation, I don't think he's THAT imbalanced, but he is if they do not pick well to counter.

Finally, on the choice between Manta and SnY.. you ALMOST ALWAYS go manta. The only exception is when they have substantial amounts of aoe that will instantly kill your images (for example, ES with aghs and blink) or they remain split up so you'd benefit more from going for solo kills with maim. With VG/SnY, you can dive towers VERY well, but in competitive games, doing this with AM will almost always end with several heroes popping out of fog and turning your attempt around.

Manta is much better in teambattle; sny is better in solo chases. Same with basher, to an extent, except slightly more contribution to teamfight.

When they have magic damage, lack disable (for example, pick against lesh or lina, but ideally not lion/balanar) and you DO NOT have a hard carry already; namely faceless or spectre. You can pick him in combination with other carries who are effective early game, like weaver, however.

As well, ensure you have a 600 range support hero to support you in lane. You need to have someone to protect you until you get Ring of Health in lane, or be against enemies who will not heavily harass you. Once you get Ring of Health (or are against melees/bads) you can solo easily, so you may want to ask that support to roam.

The only change on the Rice and Outcarry build is that YOU HAVE NO HP EARLY (more importantly, survival against towers) so after you get your 15~ minute bfury, you want to spend 10 minutes in jungle. It's boring, but it's the best way to outcarry void, spectre, etc. Have wards. Kill every camp every minute, and do ancients when you feel like it.

You almost always lane top. You can solo mid against a melee, or bottom if you have a trilane with ranged heroes, but these are situational exceptions.

Like all games of DotA, DO NOT AUTO ATTACK. You need to stay at tower, only getting the final attack on creeps. If your support is autoing, leave the game.

DO NOT have your support pull single camps. This will mean 2 range creeps, and pushing. It's helpful if they pull (you get higher level, better manabreak, and the enemy gets an entire wave denied) IF THEY DOUBLE STACK THE CREEP CAMP. Basically, hit the creeps at :52 and run away. Then when you see 2 camps there, hit them at :15 or :45 and run to creep wave.

Farm. If you can't last hit every creep when uncontested, don't even pick this hero, and learn to support first.

If you are afraid of dying from nukes, THEN GET SPELL SHIELD FIRST. Do NOT hesitate to skip levels of Manabreak OR blink, manabreak especially, if you think the spell shield will help at all.

Don't blink wantonly. One bad blink can lose your team the game if it gets you killed late game. Don't lead with blink unless you have heroes who can followup and save you (such as tidehunter or es with blinks) and just walk up to the nearest mana dependent support.

Blink up hills, max range (you can just click past in dota 2; no need to estimate max range anymore)

The most imbalanced hero in the game? In Pubs, hell yes. An AM fed in lane is basically unstoppable, and it's very easy to get fed with early levels in mana break + a stunning range hero to initiate for you.

Here's my only AM game for an example of just how well it can go(seeing him nearly every game is a bit tedious, so I've gotten less eager to play him): 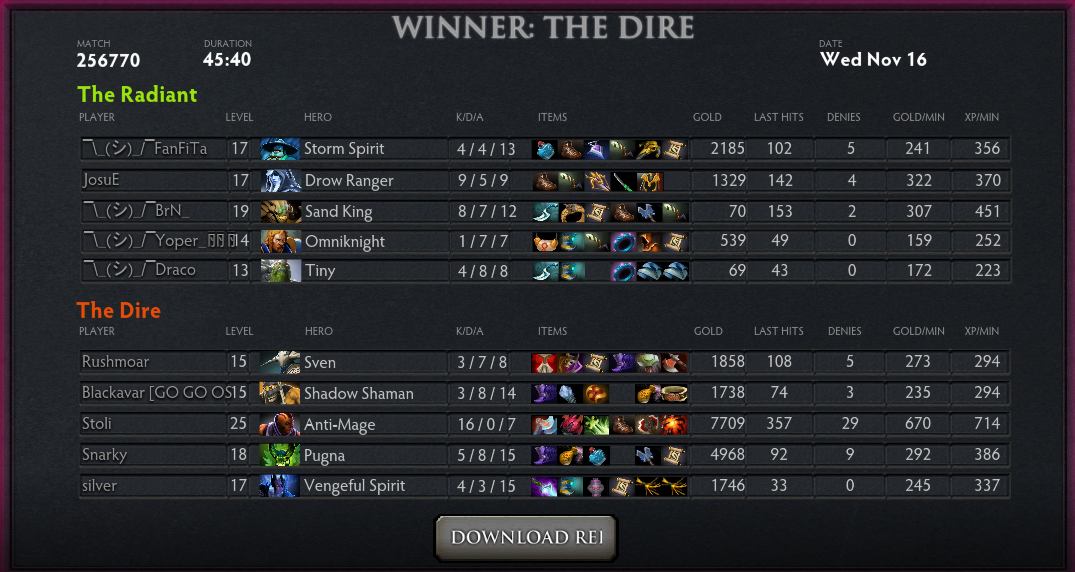