Hello and welcome to my guide! My name is Tiley, I'm a Dota Underlords streamer and high ranked player, and I'm hoping that this guide will cover all the basics for anyone currently trying to learn Dota Underlords.

I've played since day 1 of beta, started with Dota Auto Chess back when it was first released on the workshop but knew I'd be moving over to Underlords as soon as it was announced.

I recently peaked in the top 10 on the lord leaderboard, but I mainly hover around top 50. I have 780 hours in the game, which is actually a lot less than I thought I would have had by now, lol.

I started by making Youtube guides, which I then neglected since I started streaming, but I'll be posting my first guide since 4 months ago soon!

Dota Underlords is an auto battler, meaning the player has no direct input during the fights, therefore the game is all about strategy and preparation. Fittingly, you play as a mob boss, gathering gold to hire a crew in hopes of defeating your foes and coming out on top as the ultimate crime lord.

If you would like to ask me any questions you can find me here: 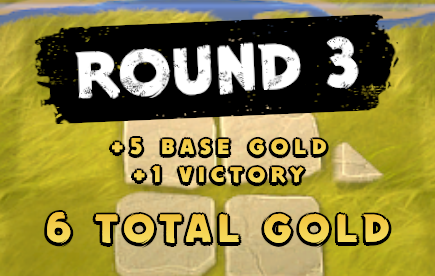 The player starts the game with 5 gold to use to assemble their starting crew. After every fight, the player is awarded with initially 5 and later 7 base gold, as well as any additional gold earned from win/loss streaking and interest.

Interest is 1 bonus gold earned per 10 gold you have once the fight starts, capped at 3 interest once the player is at 30 gold. Throughout the early game, the player needs to find a balance between spending gold on a better crew, in order to preserve as much health as possible, and saving gold to earn interest; economy management is key to achieve victory in White Spire.
Top

Each turn 5 heroes will be offered from the shop to the player, ranging from the price of 1 to 5 gold (chances are based on the player’s level). These heroes have varying sets of skills that need to synergise well with the other heroes in the players crew, from offensive damage dealing spells to area of effect team heals, as well as 2 or 3 alliances attached to each hero that provide different team bonuses.

When the player has 3 copies of a hero, those heroes will combine into a 2* version of that hero, which is much stronger than the 1* variant and is vital to getting a winning build online.

A 3* can also be made with 3 copies of a 2* hero, but these are not very common and it is often too expensive to have multiple 3* heroes in one composition.

Players need to use their accumulated gold to purchase and upgrade heroes, or spend 2 gold to re-roll their choices, to start getting a decent crew online, while also focusing on maintaining their economy and leveling.
Top 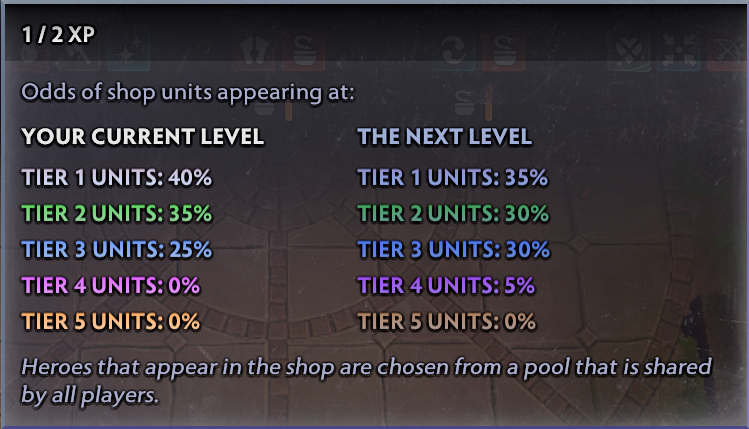 Most final team compositions require stronger, higher cost heroes to compete in the late game. To reach a point where the player can consistently get these higher cost heroes, as well as having space for more heroes on the board, leveling is required.

The player can spend 5 gold to gain 5 XP towards their level, this speeds up the process of leveling rather than only gaining 1 XP naturally per turn.

The easiest way to do this is to put any excess gold, after buying units for your composition, into levels. Be sure to not level up too quickly while not finding any 2* core units for your build, check to see if you are on par with your opponents and if so, consider rolling for upgrades on any 1* units.
Top

On round 10, the player is offered a choice of the 4 Underlords. One of the two variations of each Underlord is shown, so it is important that the player can adapt their build based on their Underlord choice.

The choices range from tanky frontline Jull, to squishy backline Anessix. They also have a wide array of team bonuses to provide, from healing or attack speed buffs to enemy item or unit stealing, Underlords add that extra layer of variety and synergy to any composition in Dota Underlords.
Top 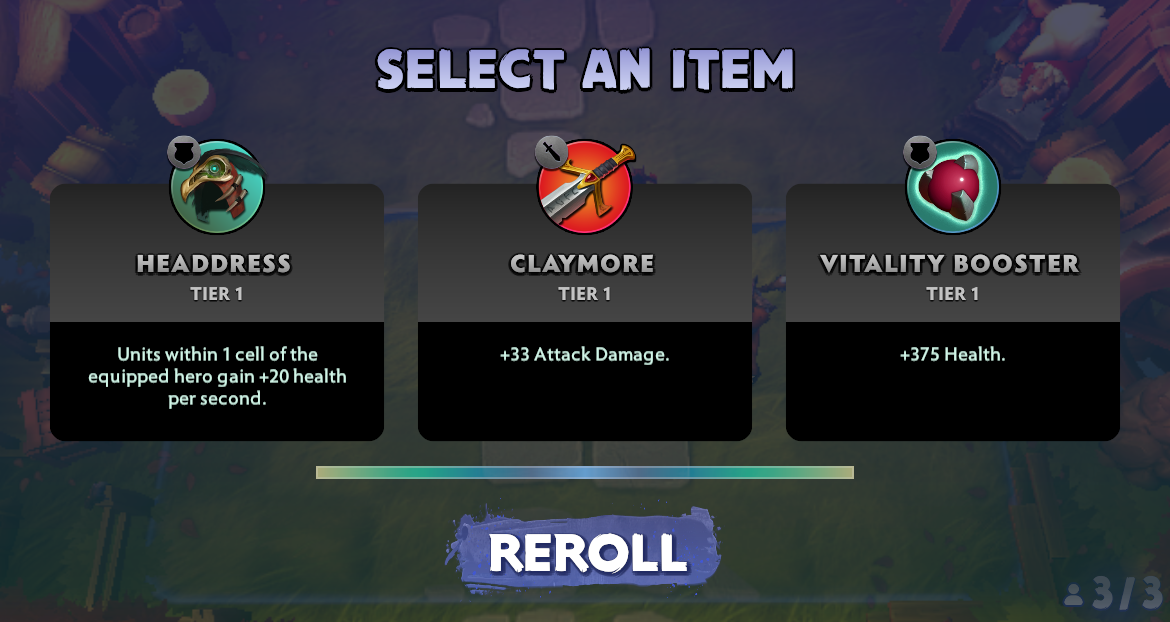 Every couple of rounds the player is offered a choice of 3 items (with 1 reroll for another 3 choices) that can be placed on heroes to grant stats and enhancements.

These items are just another way to strengthen and shape your composition into the optimal crew. Item choices increase in tier and strength as the game progresses, depending on the current round and not anything controllable like player level. 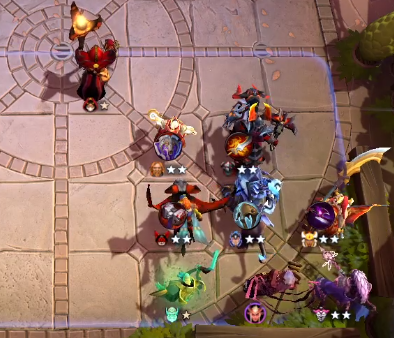 By the end of the game the player would have collected most of the core units of their build and should now be dropping certain low impact units for late game carries or specific units that can counter enemy compositions.

When prepping for your final rounds, hopefully to secure a podium finish, it is very important (and actually easier now that there’s fewer players alive) to position for the remaining enemies. During the game standard positioning such as tanks upfront and damage dealers at the back or on the sides would have cut it, but now you need to take specifics into account if you want to come out on top.

Spreading units to mitigate the value of enemy crowd control spells or boxing up to protect specific units, are changes that can be made to your board that will have a significant impact on how the fight plays out.
Top

Now that you have the basics down, the best way to improve your game is to watch other players, so take some time to look at the boards of the players who lived longer than you and see what they did that you could perhaps improve upon.

Did they level quicker or roll for units? Did they position differently? Maybe they were playing an interesting composition and now you have something new to try in your next game. Overall, improvement in Dota Underlords is about observing others and developing your play style to compete with them, whether you are playing to counter them or just to do what they do but better.

Good luck and have fun! If you have any questions feel free to ask me over on Twitch where I'm live 5 days a week playing Dota Underlords! :D

How To Win Midlane
By WarBoy on September 24, 2020
Featured Heroes
Hoodwink
The Mistwoods