Dota is one of those special types of games where the heroes you pick matter, and a composition of a team is every bit as important as the skill level of the players. However, a common problem a lot of people run into is that the heroes on their team are too item or level dependent and lose out to much less greedy heroes, who can come online earlier and use such a timing window.

I previously created a system for countering heroes modeled after the site TVtropes, but this time, I wanted to create something numerical for draft greediness.

Arc Warden.
November 18, 2015: Moved some heroes around. Added some heroes with new item builds based on builds that don't have a clear consensus.
November 16, 2015: Images Changed to a more consistent art style, Added a few heroes to the list, put colors to emphasize certain points, added one more example draft at the bottom.
November 14, 2015: Number system reworked slightly, splitting the top 2 farmers and the bottom 3.
November 12. 2015: Guide Created, still in a bit of a beta form.

In Dota, Greed refers in a vague way to characters’ need for items and level requirements in order to function, as well as how well they function in lane. Having too much and too little greed can both be negative. Too much greed leads you likely to be overwhelmed by enemies before your heroes activate, while too little greed will show itself as the game goes into late game and your heroes simply don’t have the power to deal with the enemies if you didn't snowball. So, in a way, greed is good, and also bad. In many cases greed is only important depending on how close it is to the enemies.

I’ve created a system that uses numbering of the greed of hero picks and how they are usually played. This system does not work for all item builds, only on the most popular ones on the heroes that play to their strengths.

General Rule: You want to keep the greediness of the drafts within 2 points of the enemy total. A large disparity is usually risky for one team or the other.

Your 1st and 2nd Priority farmers (usually your mid and safelane, but possibly one of those can be offlaner, especially if you pick a really greedy one) score should not add up to 10 or more, otherwise, you got 2 super greedy cores fighting for farm, unless of course you think you can get away with it.

Your three lower positions together should probably not add up to 10 or more either, otherwise it may be hard to keep your map warded or create space.

Safelane Farmers are by their very nature, often the greediest pick on the team, since they are expected to farm the hardest lane to gank, thus the range here for greed points is from 3-6. The primary means of measurement here is determined by how much gold they need to activate. Generally, you only want to have one sidelane farming hero, but it's possible to have 2 in a dual lane setup if your draft greediness is balanced elsewhere. (As in, don't pick a 6 point carry and a 5 point carry, sending one safelane and one offlane) 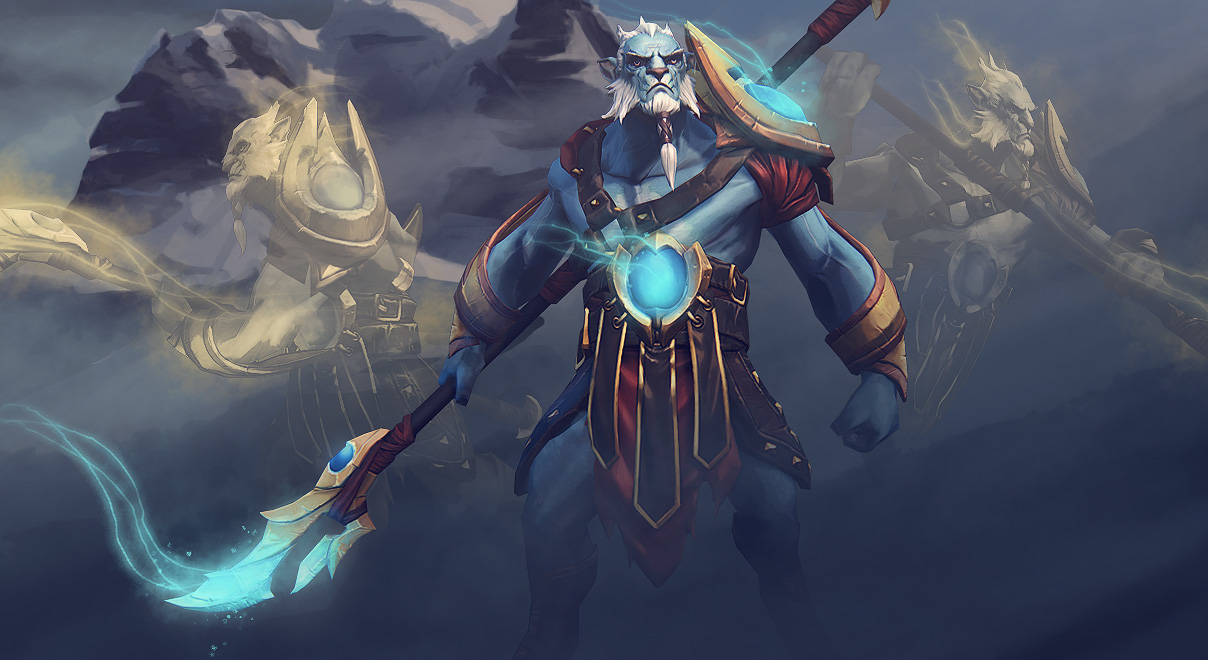 ****** 6 Point Tier: This is the greediest tier of picks, where the heroes will likely be farming all game, and will not really be able to fight until they have at least 13k+ worth of items.

***** 5 Point Tier: This is the 2nd greediest pick tier, where heroes need to spend most of the game farming, but can reliably join fights once they have about 10k gold worth of items. If any of the heroes below this level get Hand of Midas, they generally get upgraded to at least the 5 point tier.

**** 4 Point Tier: Heroes in this tier need about 5k gold worth of items, and then they often go ganking or pushing the enemies.

*** 3 Point Tier Heroes in this tier farm only about 3k or so worth of items, and then they are online, and quite often, spending their time pushing or ganking.

The midlane farmer is often quite interchangeable with the safelane farmer, but farming mid takes more space then farming safelane, since they occupy the lane that is giving the highest amount of exp, and not using it to gank can be extremely greedy if the enemies are. Like the safelaner, this runs on a 3-6 scale. The main measuring of the mid greed is how much time they need to spend farming relative to space creating such as pushing or ganking. ****** 6 Point Tier: The greediest tier, heroes that will spend most of the game focused on farming, and will get extremely high creep CS.

***** 5 Point Tier: In this tier, the midlaner is expected to have pretty high creep CS, but fully capable of ganking or pushing, but can’t do it almost non-stop, since they will need to farm quite a bit between ganks and fights.

**** 4 Point Tier: These midlaners are balanced in their ability to gank/push and their need to farm. They can gank or push heavily if their team calls for it.

*** 3 Point Tier These heroes are pure gankers that use midlane exclusively for experience, and try to control the lane and kill, and don’t farm well at all.

The offlane hero is one that can stand against multiples on the lane that is most dangerous. Picking a greedy hero here can be very rewarding or completely game losing. The main measuring factor here is how much farming they require throughout the game. This lane is not always run solo. The points here run from 2-5, since this position is fairly versatile. 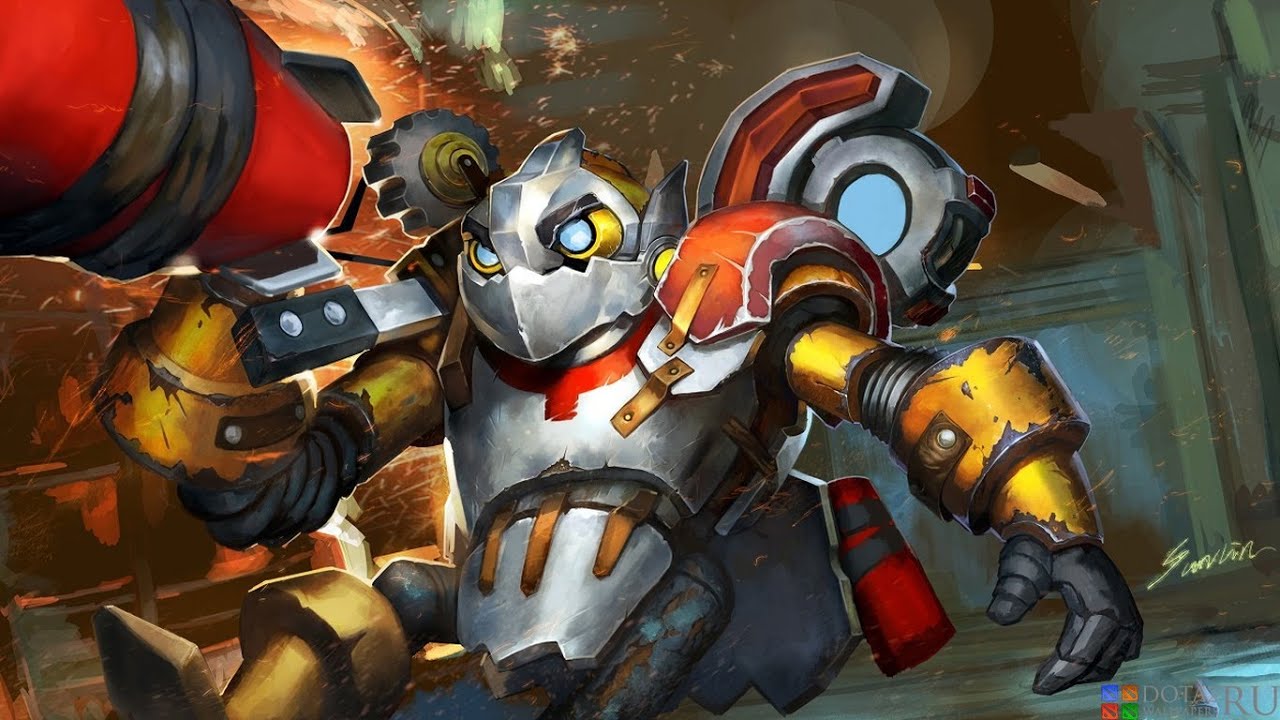 ***** 5 Point Tier: This tier has heroes that will require farm for the whole game in order to stay relevant, and will not reach a point where they just kind of stop needing farm. Zoning these offlaners out can be game winning.

**** 4 Point Tier: The heroes in this tier have core items they need to get, but they can slow down farm after they get a core item or two. Zoning these heroes out can heavily affect their game impact.

*** 3 Point Tier The heroes in this tier have a fairly low requirement for offlane, often only needing levels and cheap items to be relevant. Zoning them will not fully shut them down usually.

** 2 Point Tier: Only 1 hero in the game can solo the offlane and be a support doing it. Gotta give it to him, he's a special guy.

The jungle is a source of farm, and a powerful one indeed. So, a hero who can take that farm from the beginning of the game has the potential to be very powerful for what is essentially farming a 4th lane if they have the skills to actually get the farm. However, Jungle farming is very greedy because it leaves lanes understaffed, and putting an item dependent hero here means that your safe lane carry's backup farm is being contested, so the point penalty of junglers are noticeably higher than the same heroes in the safe lane. Junglers are measured like offlaners, with a 2-5 point system. The greediness of junglers is related to how long they are expected to farm jungle over the course of a game. Any Jungler except CM that rushes a Midas is automatically in the 5 Point Tier.

***** 5 Point Tier: Very item dependent heroes puts a heavy strain on the team if they start by jungling, since they probably are expecting to spend at least 15 minutes in the jungle.

**** 4 Point Tier: These heroes are fairly item dependent, so they are expected to spend about 10 minutes or so in the jungle, and then they contribute to the team.

*** 3 Point Tier: These heroes are junglers, but are able to easily influence other lanes with their early game abilities, and don't expect to spend more than 7 minutes in the jungle.

** 2 Point Tier: The one hero here only expects to use jungle for about 3 or so minutes to get some of their items faster than other supports and comes online really quickly.

Supports are essential to a team, and they are the low numbers in the system that often balances the draft with their overall selflessness. Supports do vary quite a bit in their greediness however. Supports here are ranked by how much level and farm they need in order to function.

**** 4 Point Tier: These heroes are on the edge of being cores, either they start the game out as cores and become supports or vice versa, and as such, can be quite level and item dependent. Most "Unconventional Supports" that are often played in other roles (like

*** 3 Point Tier These heroes are greedy supports and require some items and levels to be really useful to the team, but can help do warding and courier if they have someone to split the job with.

** 2 Point Tier: These heroes have light demands in terms of their levels or items, often requiring only 1 mana item or a few levels to be fully operational for the game. These heroes are capable of solo supporting their team.

Radiant Total: 18. Dire Total: 16. A case where both teams are close to even in greediness, despite the greed being located in very different positions. Not all the heroes fit into generic positions, QoP safe would be a 4. Axe offlane would be a 4. Invoker in this game went for an early ganking build, so he drops to a 4.

Radiant Total: 16. Dire Total: 19. This was a case of skewed levels of greed, where the disadvantage is highly on the Dire's end because of the greed of their draft, and it would've been much worse if no one adapted their builds. Not all the heroes fit into generic positions, Invoker safe would drop to a 4. DK dropped to a 4 due to going heavy ganker/fighter build. Void went up to 5 for buying Midas (I don't know why he did that). The support pudge ran as a 3 point of modest greed, as did the Necro, and spectre dropped to 4 by going for a fighting urn diffusal build and then getting radiance.

Radiant Total: 17. Dire Total: 12. This is an example of an extreme level of greed difference costing the game to the Radiant and Dire, who drafted very differently, and Dire's much less greedy draft managed to win fights and take over the game before the enemy cores really came online, and it lead to the Dark Seer babyraging and feeding couriers and destroying items.
Top

Hopefully, this guide has helped your understanding of draft greediness and may serve as a useful tool in your future drafting. If there's anything you would like to add, you can comment below.