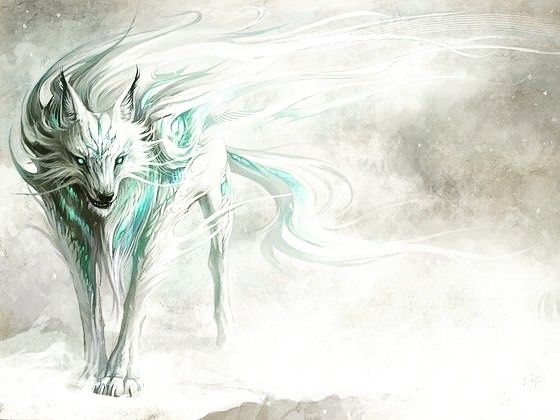 Raiju is a celestial, cousin to the Raijin that was sealed inside the Storm Spirit. One of the natural elemental guardians of lightning, the rumblings of the battle of the Ancients has brought the Lightning Wolf out of his slumber and into the world once more. Thundering onto the battlefield, reaping elemental fury on his enemies with ferocious claw and vicious lightning, Raiju's shimmering form strikes fear into the heart of minions of the Dire.

Concept:
The Lightning Wolf is a melee agility carry that provides significant amounts of magic damage to the team. The hero is designed around balancing Charge stacks, as they provide powerful benefits to the hero as a carry, but must be sacrificed to use the ultimate: a devastating teamfight spell. The stacks take a very long time to build up in the early game, so players must decide carefully when to use Discharge. Even though the spell has no cooldown, it will require time to build up enough charges to use it again.

CONS:
- Can only begin gaining Charge stacks at level 6, making gaining 6 vital but adds little to the hero's strength until later
- No escape
- No catch without charge stacks
- Heavy dependence on items/farm

Raiju calls upon the primordial lightning that gave it life, incinerating anything unlucky enough to be caught within its radius. Lightning Surge
Raiju creates an electric surge in the ground around him, shocking all nearby foes as well as dulling their movements while enhancing Raiju's own.

Effects:
Deals 50/100/150/200 magical damage to all targets in a 400 radius around the Lightning Wolf.
Steals 25 attack speed from each enemy hero affected.
Additionally, deals a 10% movement speed slow for every 25 stacks of Charge

The sharp shocks of the lightning wolf sap the energy of those who would stand against him, all the while empowering the embodiment of lightning. 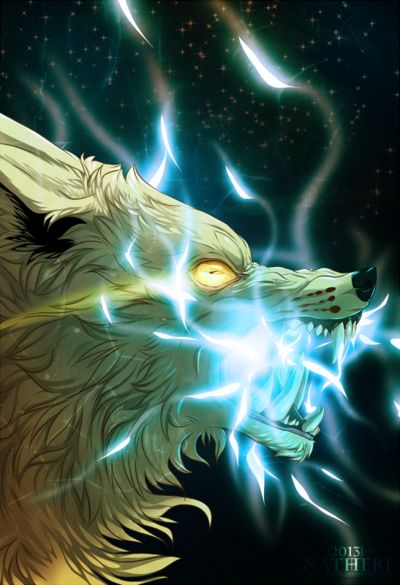 Electric Savagery
Each of Raiju's attacks have a chance to deliver a a blast of lightning, making his enemies feel as if they'd be hit twice.

Effects:
Auto-attacks have a 20% chance to trigger a blast of lightning, dealing 50/75/100/125% of Raiju's attack damage as magic damage.
Each proc also causes Raiju to gain an additional stack of Charge

The claws and fangs of the Lightning Wolf crackle with electricity. Those who suffer their ferocity also find themselves suffering powerful shocks with each rend and bite. Overcharge
The lightning wolf generates volatile lightning within his body with each attack, granting him bonus damage and boosting his other abilities. Once enough energy has been stored, Raiju can release the pent up electricity in a violent storm, damaging enemies and stripping them of their magical defenses.

Raiju loses all stacks of Charge and unleashes a devastating lightning storm from within his body after a short delay. The storm lasts 4 seconds and deals 150/250/350 damage per second in a 450 radius. Once cast, Raiju may move, carrying the storm with him. The storm also imparts a stacking debuff to affected enemies of -10% magic resistance per second. The debuff persists for 5 seconds after leaving the storm's area of effect.

The ultimate display of the Lightning Wolf's power; the charge he builds up within his body during battle is released, bathing the entire battlefield in purifying lightning. Magical defenses are shattered and flesh is flayed from bone by the white hot storm, leaving none alive who would dare stand against a Lightning Celestial.