Wendigo Witch is a melee intelligence support hero who excels in disabling and controlling the enemy.

All of her spells have synergy with each other. She can latch onto them with Ravenous, biting them dealing damage and healing herself. She can punish them for their greed with Possessed, dealing more damage the more allies the target has recently killed. If they've killed enough, she can enter their body with Psychosis after latching onto them with Ravenous, allowing her to control their movements temporarily. She can summon pillars of fire with Hellfire Pillars, which can block an enemy's path, forcing them to either pass through it and take damage, or face the Wendigo Witch. The damage is even deadlier at the point where all pillars meet. depending on how. She can transform into an irresistible being with her ultimate, Charm, forcing enemies around her to be drawn to her. After a short time she deals damage to those drawn to her - the damage is increased the closer the enemy is to her.

Some of the combos she can utilise:

There are also a number of combos with other allied heroes she can utilise, for example:

1) Any stun/slow and Ravenous - stunning or slowing the enemy will make it very easy to land on them with Ravenous.

2) Any AoE duration damage over time effect and Charm - such as Midnight Pulse, Firestorm, March of the Machines - enemies will be forced to walk through these spells as they are drawn towards her. 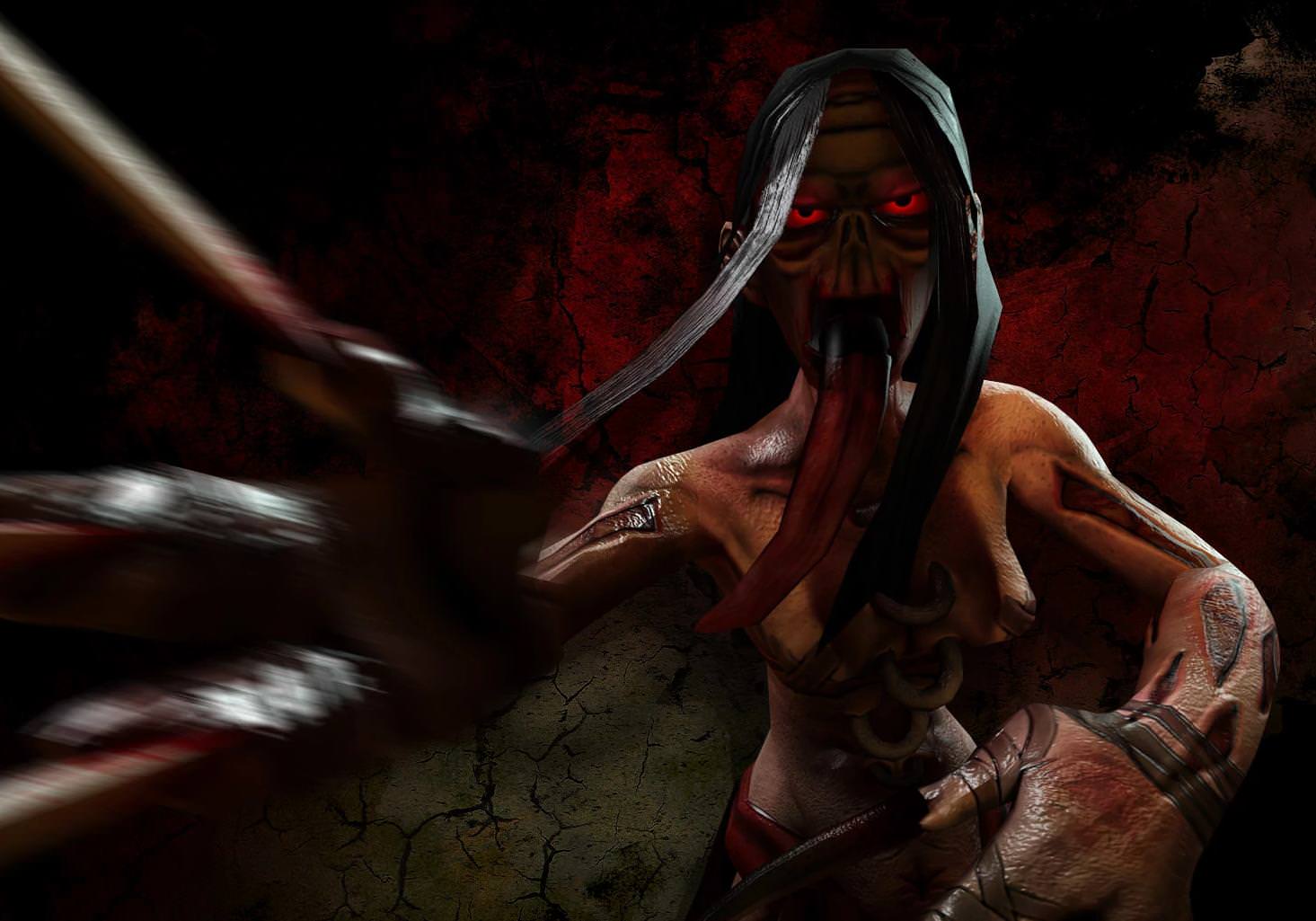 Q
Ravenous
The Wendigo Witch launches herself towards an enemy. If she lands on the enemy, she swiftly bites them four times, dealing damage and healing her. If she misses, she returns to where she was when she cast the spell. If the enemy has 10 or more stacks of 'possession', the Wendigo can cast Psychosis when attached to the enemy. A Wendigo's hunger is never satisfied 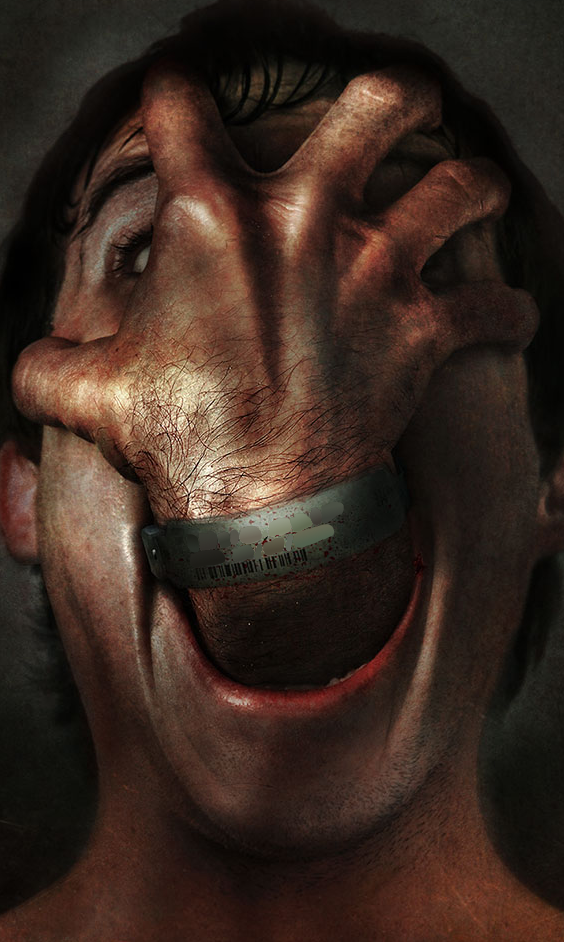 W
Possessed
Whenever a nearby enemy kills an allied hero or creep, they gain a stack of 'possessed'. When activated, the Wendigo Witch punishes an enemy for their greed, dealing damage depending on how many stacks of 'possessed' they have. If they have 10 or more stacks, the Wendigo can cast Psychosis on them if she lands on them with Ravenous. Hero kills grant more stacks. Heroes can lose stacks at a rate of 1 every 3 seconds when standing outside of the radius. Killing those around the Wendigo Witch just makes her stronger. 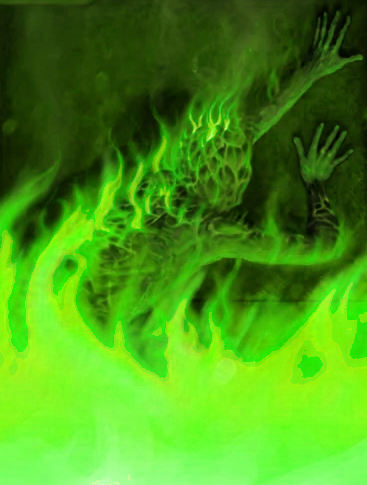 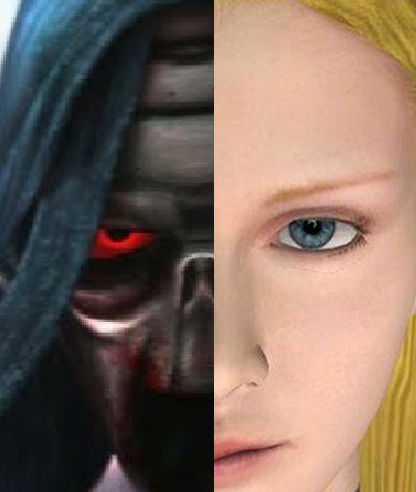 Her legend is steeped in mystery and death. She longs for the flesh of those who have murdered others, but who is she really?

The being now known as Maji, the Wendigo Witch, was not always the monster she appears as. She was once a human, exploring the world with her sister, . One day, however, they became lost. This was not uncommon for them; they would always find their way eventually. But this time, they were in The Barrier, a series of mountains in the north, near Icewrack. They both tried to seek shelter, and found a shack abandoned by the Frost Brigade. Exhausted and cold, they spent the night there. When )) woke up, her sister was dead, taken by the cold. )) knew she had to find her way out or she would soon follow. She could not bring herself to leave the shack - not only because of the loss of her sister, but because she was too weak. She hadn't eaten in days. However, she was determined to not follow the same fate as her sister. But finding food was an impossibility. She would soon starve, there was nothing to eat, except...

She looked at the corpse of her sister. She knew that there was no other way of surviving. Even this was not a guarantee, but she thought that food, even raw, would give her a greater chance of survival. It worked to some extent - she made it out of the mountains before they could take her.

Thousands of years later, she still wishes that she died that day with her sister. What came out of the mountains was not the same as what went in.

Extra information about her spells

Ravenous: she bites once every 0.5 seconds

Possessed: stacks are lost at a rate of 1 every 3 seconds when the enemy moves outside the effect radius.

Hellfire Pillars: birdseye view of what the spell looks like - https://i.imgur.com/FzcxmSd.png so she will always be at the bottom middle of this image when she casts the spell (closest to the point where all flames meet)

Charm: if silenced or stunned, the channel ends

Some sound effects for her spells (sound warning - sound starts at 7 seconds): https://streamable.com/1ehzh