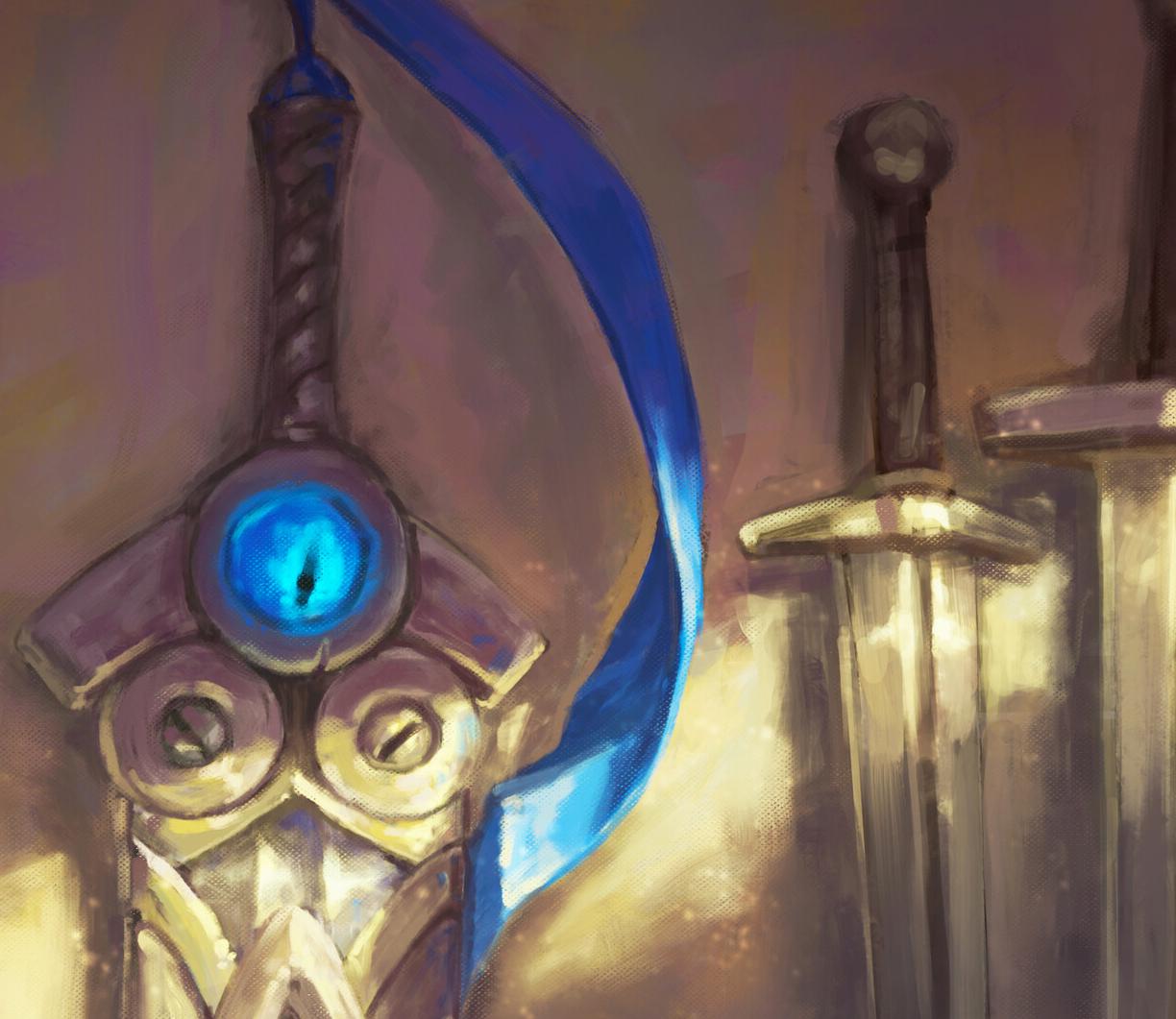 By the edge of this blade, we rise again to protect.


For centuries, weapons have been forged as tools for war and combat, stories of mythical blacksmiths imbuing weapons with special properties with every smash of their mallet. One of them is Joyeuse, forged by the smiths Elu and Frea Joyeuse is their greatest achievement, a sword able to house the soul of those it slay giving it more power. Little do they know it also eats the spirit of all who wields it.

Joyeuse has been wielded by many, kings, generals, knights. With every use of the blade their soul becomes one with the metal the sword's edge is made up of. Among them are three such distinguished figures who now controls Joyeuse, The Dark Knight Ebenezzer, The Captain Dina and the General Felo. Ebenezzer a once respected knight that was corrupted by the power that Joyeuse has, Dina a Captain of great sacrifice, the last to fall, and Felo a General slain because of his excellence to the people. These spirits seeks retribution, absolution and more importantly another chance to do good. Using Joyeuse as their vessel they will stop at nothing in reaching this goal.

Joyeuse the Spirit Edge is a melee, intelligence hero, capable of great magical attacks. From his edge power up which can deal a percent of his damage, to amplify it he can use Captain Dina's Charge which does damage and can be his initiation or escape tool. He can also bless himself or allies with a shield that absorbs damage making him a formidable support or utility hero should the need every arise and finally the spirits within him give a boost in his fighting capabilities both right click and casting.

W
Captain Dina's Charge
Charges in a direction causing Joyeuse to cut through enemy units unimpeded, dealing damage while also becoming invulnerable to crowd control effects. After the charge he will gain bonus damage based on a percent of damage done while charging lasting 10 seconds. The late Captain Dina's charge during the battle of Elvendre is a sight and story preserved within the metallic blade and wooden hilt of Joyeuse

E
General's Blessing
Joyeuse blesses himself or an ally with a protective shield, this shield eats a percent of damage done to them. The blessing of the late General's Felo persist within Joyeuse, a blessing that is able to protect anyone who is bestowed by it to be protected from attacks in both body and spirit

R
Spirits Within
After 3 use of his abilities one of the 3 spirits who is in Joyeuse shall be awakened and shall wield Joyeuse. Once awakened Joyeuse mutes enemies around him and gains faster movement speed and lower attack time. The awakened spirit is based on the 3rd ability used, he's spirits also give their own bonuses. Only one spirit can exist at a time.

Upgradable Via Aghanim's Scepter: Per Each use of an ability, the ability's spirit will be summoned. This unit is unkillable and only attacks heroes and deals 100% of Joyeuse's damage. Last 5 seconds.
The spirits within Joyeuse are awaken with every hit of the blade and every thump of it's hilt