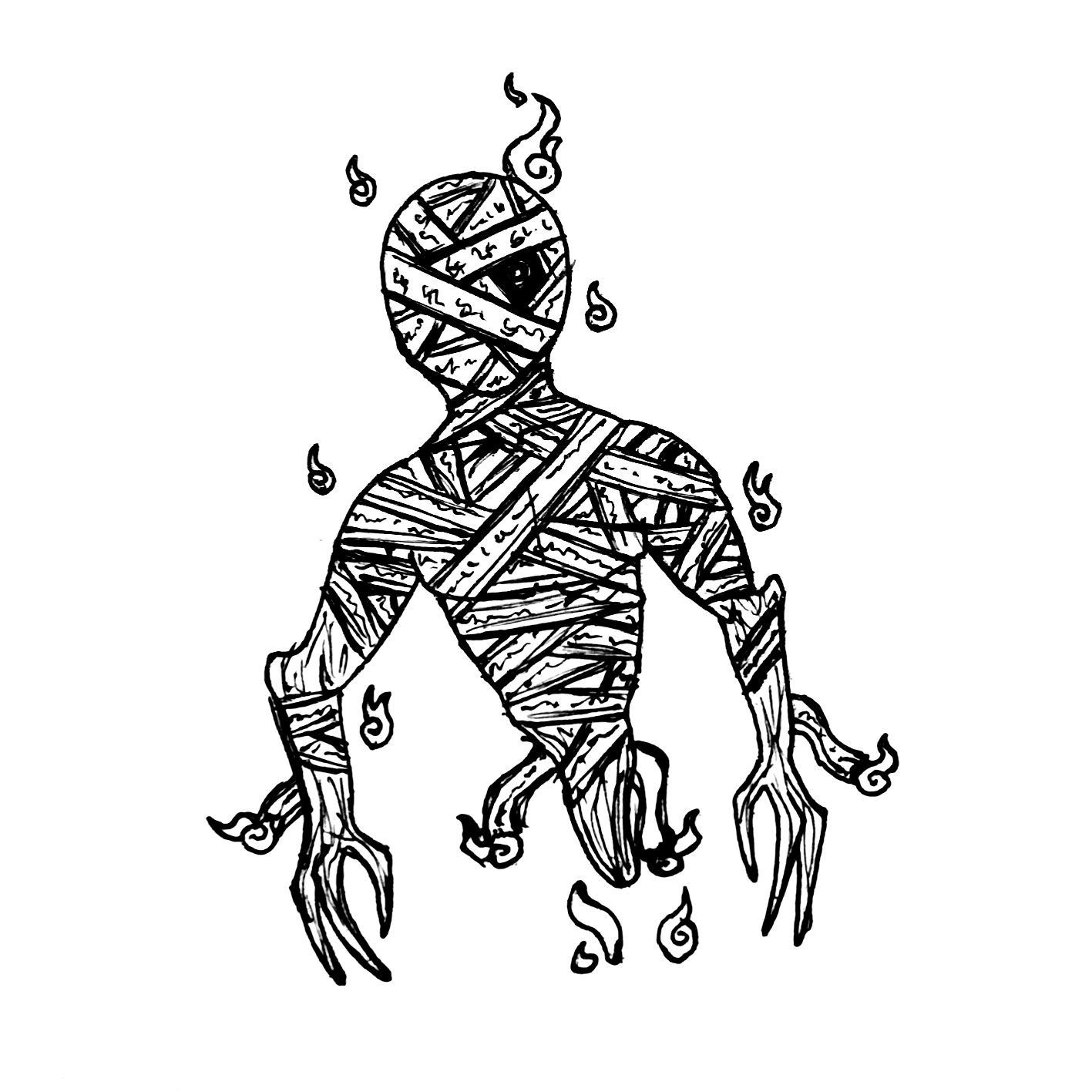 Eokhai is a ranged intelligence hero that excels in disabling enemies during battles and escaping when necessary. His Damned Steps allows him to help his carry in laning phase because of it huge harassing capability. It could also be used to clear up incoming creep wave or farming in jungle, depending on the situation. Paired with Haunting Sensation, Eokhai would be an annoying hero to be dealt with during the laning phase and during gank. Ghostly March boost his ganking ability while also complement his ultimate, Rogue's Menace. His ultimate is the greatest disabling skill especially during teamfight where he can cause chaos to prevent enemies from moving forward or to disorganise them before an initiation of a teamfight. Due to his lack of survivalbility, it is better to keep harassing the enemies, rather than fighting face to face, from the start of the game, giving your allies better chance to get stronger. 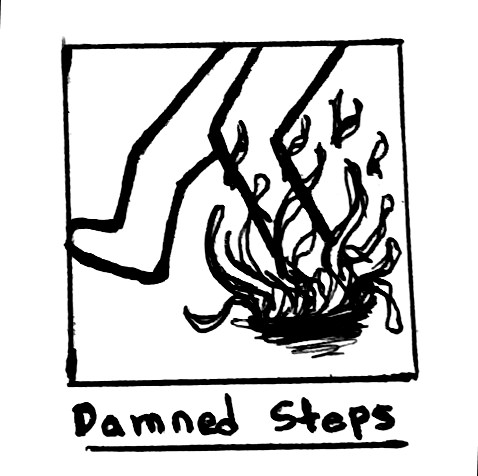 Q
Damned Steps
Select an enemy to apply a curse that last for 2.5/3.0/3.5/4.0 seconds. An explosion with 300 radius will occur each 0.5 second under the targeted enemy. Each explosion deals 25/30/35/40 magic damage. My wish is for a certain betrayer to be cursed like this, for eternal. 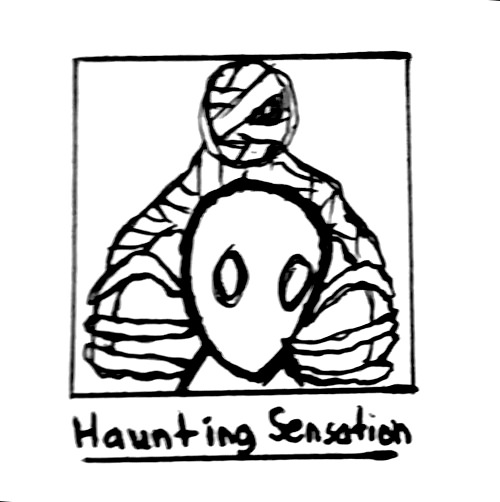 W
Haunting Sensation
Active to turn invisible for 5 seconds and being disarmed. Enemies around 400 radius will have their turn rate reduce by 50%. Additionally, enemies will have their movement and attack speed slowed 10% per second. Do you feel it? I am here. 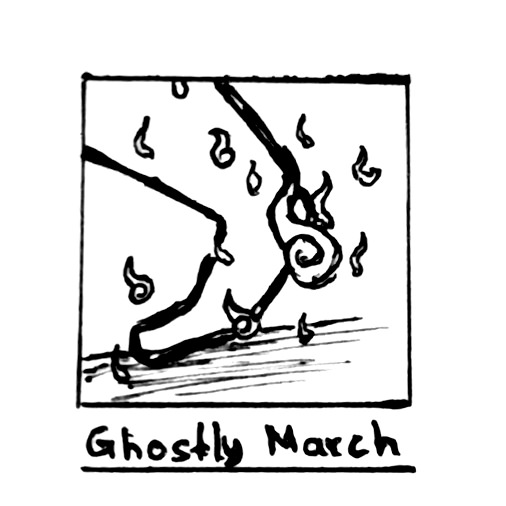 E
Ghostly March
Passively adds 10/20/30/40 bonus movement speed to self while allies in 600 radius receive half of the bonus. Your soul is as light as a piece of paper. 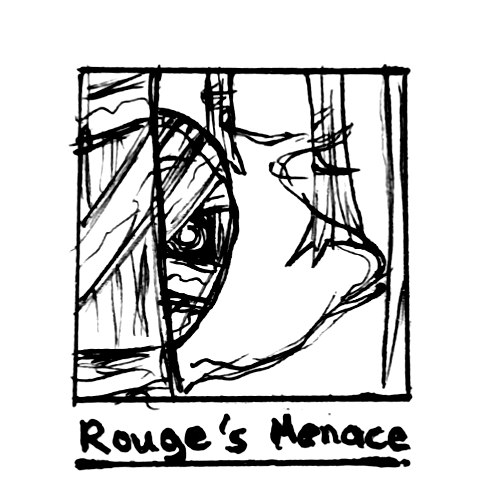 R
Rogue's Menace
Select a tree or creep to phase into. For the next 5/7/9 seconds, Eokhai can freely select any trees or creeps in 1000 radius to travel to with 350% of his movement speed. Every enemies hit during travel with be applied with Fear for 0.5/0.75/1 second. Reactive the skill while in tree/creep or during flight to reappear and root enemies in 450 radius for 2 seconds, dealing 100 pure damage. Peek-a-boo.

Eokhai was told to steal a precious brush for a high price. He sneaked into the temple at night and entered the designated room, where the brush was told to be. He saw an old man was sleeping on the scriptures on the table while holding the brush in his hand. Silently, Eokhai went across the room to where the old man was sleeping. Eokhai carefully took the brush from his hand and in the process accidentally made a stroke on the paper. The stroke completed runes that immediately light the table on fire burning the old man. Eokhai was shocked with the brush gripped in his palm, he tried to escape. But, the man who made the contract with him suddenly appeared from the door. "He murdered the priest! Catch him!" shouted him.

The other priests get the hold of Eokhai. He screamed at the man who told him to steal, "It's you! You told me to steal it!". The man looked at him with disgust, "Who cares who told you to steal the brush? You just KILLED one of the most respectable priest in this temple." The man snatch away the brush from Eokhai. "And you... You use a technique that, nobody else here practice." the man added. The other priests started to talk to each other. The priests started to look very concerned when they watch the type of fire that was still burning the old man.

"Lock him at the edge of the forest. Bind him with the strongest runes. We cannot let this kind of practitioner being let loose in the world." said one of the priest. The priests dragged Eokhai away. While being escorted to the cell, the man came by Eokhai and slowly whispered, "Thank you. Now I know it works.". Furious, Eokhai gave a stronger punch at the man's check and spitted on his face before the other priests knocked him down. Before Eokhai went unconscious he heard, "how dare you hit the Guardian..."

Locked away for a long period, everyone forgot about him. One day a lightning strikes burned down the cell he was locked, also part of his bind spell. He is now freed, aimlessly wandering around.

For each 0.5 second, the explosion occur on the spot the target was standing. With the delay of 0.25 second for the damage,target have 0.25 second to escape from the 300 radius damage or blink away. Blinking will not disjoint the skill.

0.35 second fade time before went completely invisible. An icon 'Haunted - Reduced turn rate and slowed' will appear on enemy HUD. True Sight will reveal Eokhai. Revealing Eokhai won't remove the debuffs. Dispel will restart the timer to 0 and will not completely remove the slow, or the turn rate penalty.

The skill works similarly like Monkey King's Tree Jump. You click a tree/creep and it goes to the selected target. The the available target to travel will be highlighted and you can press R again to immediately root and damage(repressing R on MK change your indicator to AoE). If the tree or creep targeted destroyed/dead before Eokhai reach it, he will stop on the spot during flight and Rogue's Menace ends. The travelling mechanics basically works like Ember Spirit's Fire Remnant. Eokhai is untargetable during this skill. Travelling to creeps/heroes will also apply Fear to the targeted unit.

Eokhai is preferably played as a support that stays behind his carry in the very early game. He is a weak hero, therefore going face to face with enemies won't be a wise thing to do. Damned Steps is enough ability to harass enemies in earlier laning stage. Use it one a hero to annoy them with the overtime health reduction which cause them to doubt for advance. Additionally, it can be targeted on enemy creeps to prevent them from overtaking the lane.

After getting your ultimate, Rogue's Menace, it's time for Eokhai to go rogue. Beside using Haunting Sensation, Rogue's Menace is also a great tool for ganking. It prevents enemies from attacking at the cost of them running away to base. Therefore, some calculation and plan need to be made before hitting enemies with this skill. For an example, don't hit enemies under Axe's Berserker's Call. Use Rogue's Menace to slow down enemies that are chasing your team, allowing them to escape.

Level 10 talents are chosen depending on your situation, do you need more tankiness (+275HP) or it's going well and you want to level up fast (+40%EXP). At level 15, 17% evasion is useful when you want some extra security against basic attackers or 10% spell amp to boost your spells, especially Damned Steps. If you and you team need to move faster at level 20, give x2 March bonus a pick or else just add your damaging power with +40 Damned damage. At level 25, targetable buildings and heroes during Rogue if when you need to move more flexible and +4 Haunting duration if you want the slow to last longer.

Heroes with rapid dispels like Abaddon's Aphotic Shield is a pain to go against. They will make Damned Steps became obsolete thus reducing Eokhai involvement in the lane. Eokhai also would be done if he was left alone, without his ultimate against enemy with True Sight.